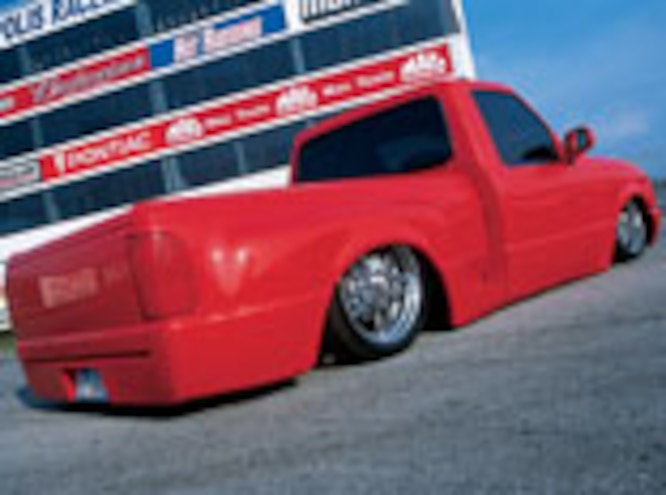 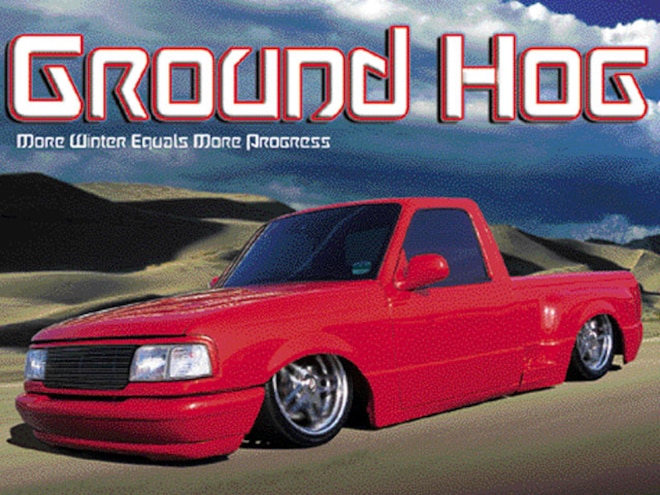 View Photo Gallery | 7 Photos
Photo 2/7   |   ground Hog Custom Truck front Left View
If you live in or around the state of Michigan, then you might have noticed that snow is a fact of life in that part of the country. Now, if you live in the snow, you can either go with it and enjoy it for what it is or moan and groan about how much of a pain in the ass it makes life. Those of us who like to look at things as if a glass is half full of our favorite beverage will take full advantage of the dismal winter weather as an opportunity to get some work done in the garage. Brian Martin is one of those guys who made much progress on his mini during the winter months in Michigan. Brian took it upon himself to put 'bags on and body drop his own mini, learning the ropes as he went along. Being that his Ranger was the first truck he had ever body dropped, of course there were a few minor set backs. For the most part, though, things went just as planned. That is, until it was time to cut the hood to create clearance for the engine that was now 3 inches taller, thanks to the body drop. The stock hood didn't quite make it through the surgery and ended up being replaced. Not one to look a gift horse in the mouth, Brian turned the old hood into a new snow sled, which made him the most stylish guy to bomb down the hills of his hometown. How's that for turning a lemon into lemonade? The bottom line is that Brian's truck is bad and it drags, making it completely worthy of an appearance in MT. To find out how it's done, check out The Lowdown.
The Lowdown
Chassis/Suspension
Brian dropped his mini a total of 13 inches by 'bagging and body dropping it to the ground. The front suspension received Firestones 2400 airbags and custom mounts that ride on the factory radius arms and I-beams. The rear frame was clipped and replaced with 2x4-inch boxed steel. The rear suspension received a matching pair of Firestone airbags and a Pete 'n' Jake's triangulated four-link. Belltech Nitro-Drop shocks have been mounted at all four corners of the suspension. A Summit Racing 16-gallon fuel cell replaced the stock unit and is mounted beneath the bed floor. 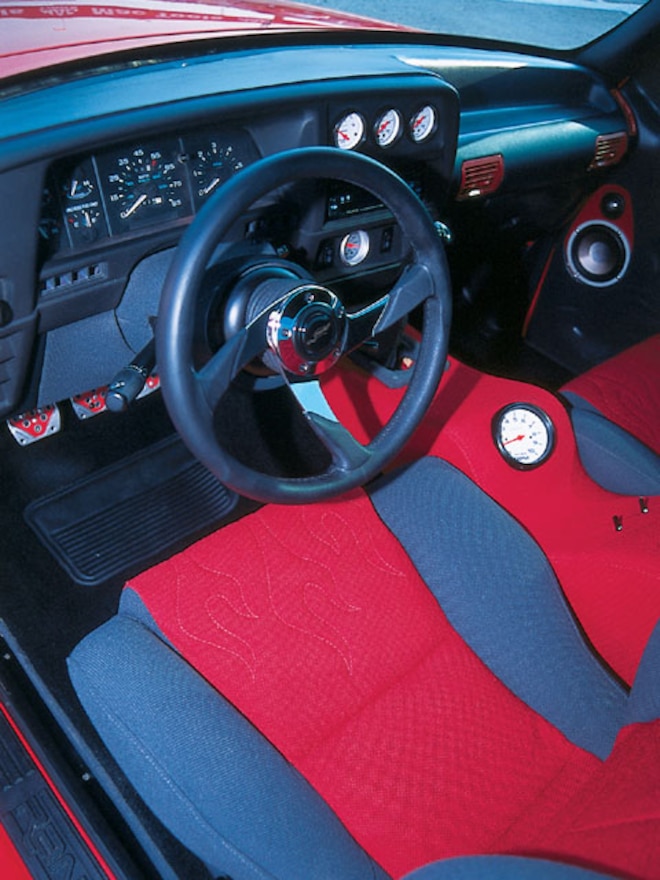 View Photo Gallery | 7 Photos
Photo 6/7   |   ground Hog Custom Truck steering Wheel
Wheels/Tires
Boyd Coddington's Blasters are Brian's wheel of choice. They measure in at 18x7 inches and are stuffed inside 245/35ZR18 Nitto NT-555 tires.
Body Mods
Ryan Racine of Kalamazoo, Michigan, gets credit for the body mods on Ground Hog. Nearly all of the extraneous features of the Ranger were smoothed out, leaving only the stock taillights in place. The bumper, wiper cowl, bed sides, door handles, and fuel filler door were all shaved. The stock grille was also modified to accept an FBI billet grille. The tailgate was molded shut and a new roll pan was welded into the truck to bring some style to the rear of the truck.
Paint
Ryan Racine and Bob Miller used RM-Diamont's Performance Red mixed with Orange Pearl to bring the smooth exterior of Ground Hog to life. Interior Buck Skinz of Grand Rapids, Michigan, is responsible for the Cardinal Red and Charcoal-colored tweed interior in Brian's mini. Bucket seats out of a '83 Honda were installed along with a custom center console built by Chad Pratley. The interior concoction was varied even further by the addition of seatbelts donated by a Chrysler New Yorker. The center dash vents were even shaved smooth so a set of custom gauges could be installed. A Grant Typhoon steering wheel is at Brian's fingertips whenever he's driving. 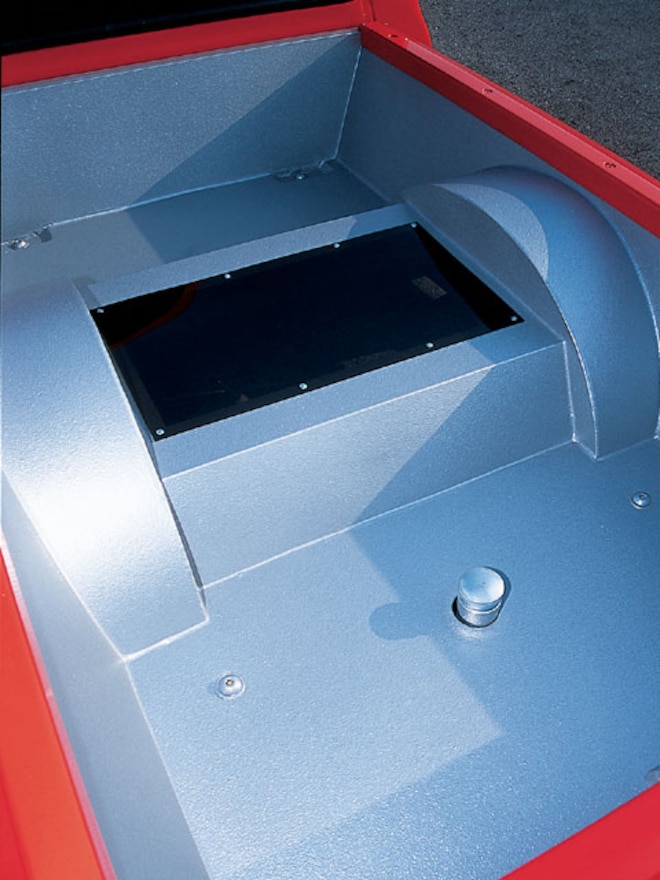 View Photo Gallery | 7 Photos
Photo 7/7   |   ground Hog Custom Truck truck Bed
Audio System
Chad Pratley installed an Eclipse head unit and a pair of Phoenix Gold XS4300 amplifiers. One amp powers the Image Dynamics IDT 8-inch subs that reside in the custom enclosure behind the seats and the other amp powers the Motor Sports 551 component speakers housed in the doors.
Engine/Drivetrain
An Optima Red Top battery starts the 2300 four-cylinder motor and powers the accessories. The motor is outfitted with a K&N cold air intake and a Flowmaster 2-1/2-inch exhaust system.
Owner's Quote
"It's so much more fun to build your own truck than to pay someone else to build it for you. It takes many hours of work, many late nights, and a lot of beer drinking with friends. I'd like to thank Rolling Junk, Silent Bob, Blazer Bob, and Kerri."