The New Guy Takes Over For An Old Friend 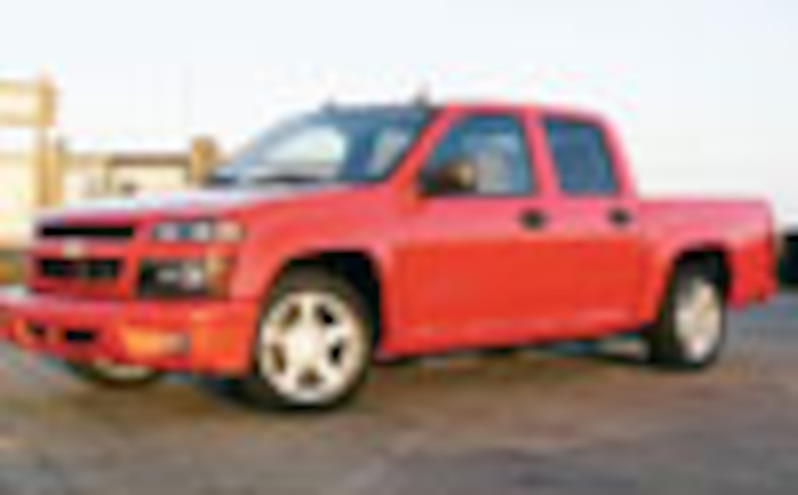 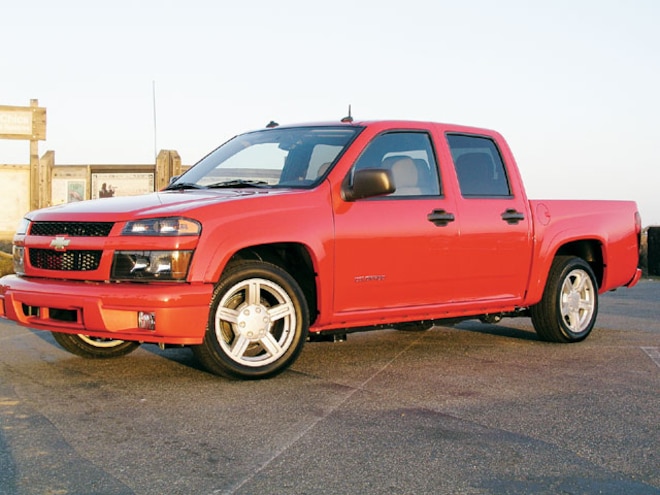 View Photo Gallery | 2 Photos
Photo 2/2   |   2004 Chevrolet Colorado side View
After 21 years with the venerable S-10, Chevrolet decided to change the name of the S-10 truck with its latest upsizing and redesign. With a host of new engines, frames, and body configurations, the Colorado comes to market ready to carry on the S-10 legacy.
Our tester came as an up-level LS Crew Cab with the ZQ8 performance suspension and Vortec's new 3.5L inline-five engine. Chevy claims the five-cylinder engine (which is basically the new 4.2L inline-six with a cylinder lopped-off) provides the power of a V-6, only with better fuel economy. The inline-five was quicker than it felt, turning in respectable numbers at the track. However, there was no hiding the odd-firing motor's raspy voice and vibrations at higher rpm. The brakes had a nice pedal feel, but braking distance was the longest in the test. The ride was somewhat bouncy with the performance suspension package, but the trade-off was the exceptional handling for a small truck. With tight underpinnings, we think this chassis is more than up to the challenge of a lot of power.
Like the truck, the interior is redesigned and offers many new features, including leather-trimmed seats, a power driver seat, dark-tinted windows, and an XM radio. To us, the Colorado felt only marginally larger than the S-10, which gave us a bit more interior space, but kept the overall package intimate and maneuverable around town. Our judges felt the monotone gray interior color scheme was uninspiring and wished the huge view-blocking rear headrests were removable. Another distraction was the three different illuminating colors on the dash. The gauges were white, the dash readout was amber, and the clock was blue. One last area which could use some support - literally - was the flat and unsupportive seats.
The styling of the Colorado is clearly of the Chevy family and looked great in red. Because the truck also comes in a 4WD version, it has giant wheelwells which dwarfed our tester's 17s. We would eventually add larger wheels and tires to fill the big wheelwells, but overall we were impressed with the looks of the smallest Chevy pickup. Most people who saw the Colorado on the road instantly recognized it as the next S-10.
With just a little more refinement, the Colorado is a worthy successor to the much-loved S-10. The new engines and blank canvas interior are begging for aftermarket support, and we hope the aftermarket responds to the Colorado in the same way it did for the S-10. For now, Chevy has a good solid foundation for the modifying crowd.