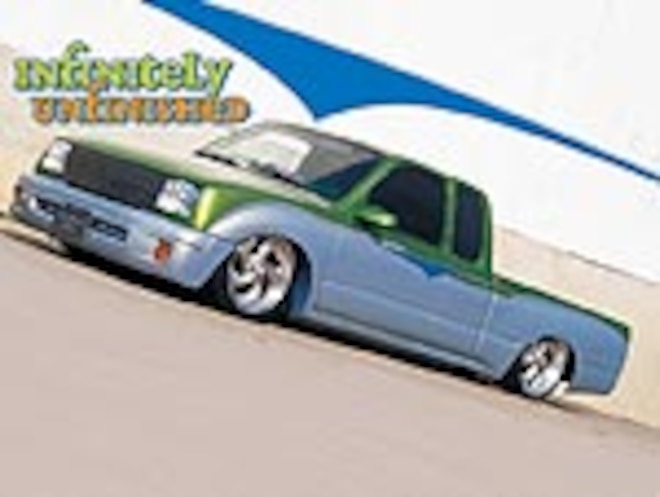 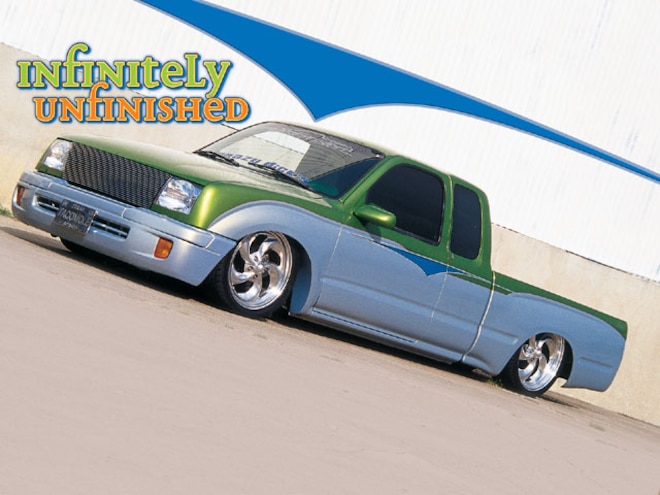 View Photo Gallery | 11 Photos
Photo 2/11   |   Owner: Andrew AdamsRide: '97 Toyota Tacoma XtraCabHometown: Tyler, TexasClub Affiliation: Severed Ties
Ask any mini-trucker, even the ones with incredible-looking rides on any showfield, and they'll be the first to tell you that even those trucks that make your jaw drop in amazement are far from actually being complete. It's so typical of the mini-truckin' mentality to find things that you'd still like to do to your truck, year after year. It's uncanny. As far as Andrew Adams is concerned, he may never be truly finished with anything he owns, but that's what keeps him motivated to continue working toward excellence.
When Andrew decided that he needed to try his hand at something new, he chose to work on a Toyota Tacoma truck. Before this, he'd been working on a couple of Chevys from various years. Stepping into a mini-truck-much less a Toyota-would be a whole new ball game for him. As you might expect, the buildup on the truck wasn't an overnight process. The total time spent making the Tacoma look as it does today took Adams a year and a half. Still, with only a year and a half spent making the truck look every bit the head-turner it has become, we know plenty of enthusiasts who, after four or five years haven't gotten as much accomplished. 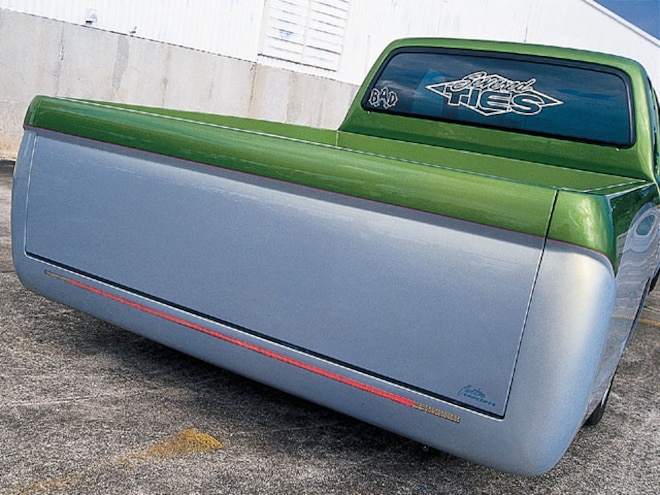 View Photo Gallery | 11 Photos
Photo 3/11   |   1997 Toyota Tacoma custom Shaved Rear End
After his experience building Chevys, Andrew wanted his suspension done right the first time around. This was going to be especially important because this time his truck was going to be equipped with an air-adjustable suspension. Since Andrew is from Texas, he realized that the best place to go to have this done would be Houston. That's where the Ekstensive Metal Works (EMW) crew spends their days slicing and dicing trucks like it's child's play. After the EMW crew finished 'bagging the Tacoma, they called Andrew to come pick it up. Andrew was ready to get to the next phase of development on the truck that would send it from Houston, north to Oklahoma City, where the truck's bodywork and paint would be done at Custom Concepts. Soon, the once-stock truck would no longer look typical, due to the massive amount of custom talent that there is to be found in the Midwest.
When the truck was slammed, shaved, and painted, this left only a few things to be desired before Andrew would be able to take the Toyota to shows in the Midwest and beyond. The interior of the truck was about the only area that had not been blessed with plenty of killer custom work. To get the inside looking just as good as the outside, Andrew relied on the talents of Biggs Audio Design to remove the original interior seating and replace it with a pair of custom-upholstered '98 4Runner buckets and plenty of leather and tweed throughout the rest of the interior. Additionally, the stereo system was upgraded with Pioneer and Kicker audio components, making the whole package finally come to life. With everything ready to go, Andrew hit the show scene and hasn't looked back yet, except to figure out what he'd like to do next to set the truck even further apart from the other show trucks vying for position in the Midwest.
The Lowdown 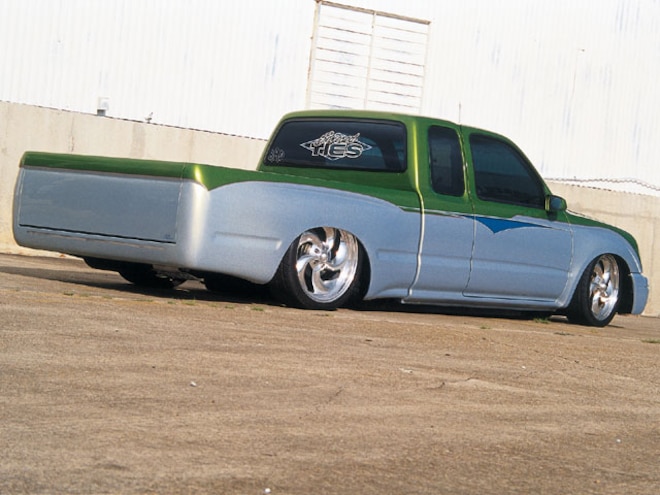