A SEMA Showstopper from an Unlikely Place 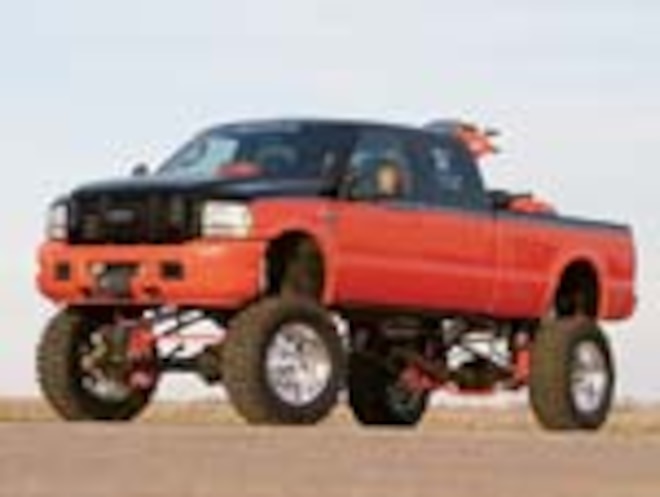 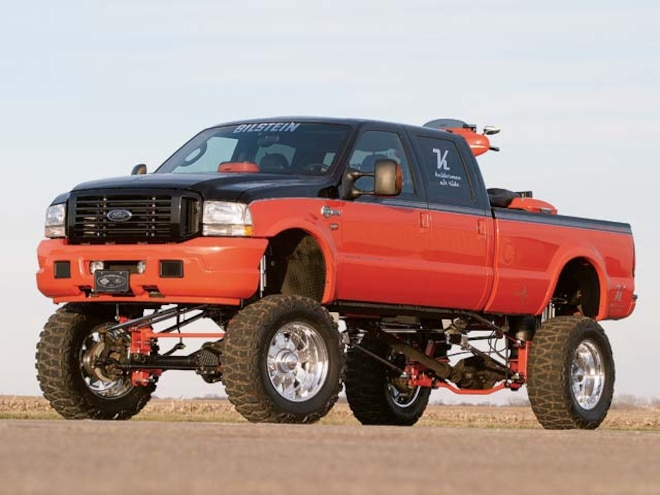 View Photo Gallery | 21 Photos
Photo 2/21   |   Click here for more photos!
The small town of Oskaloosa, Iowa - known affectionately as Osky by the locals--isn't the kind of place you'd expect to see a truck like this insane '04 Ford Harley-Davidson Super Duty F-350 pickup. But surprise, this behemoth is a common sight around this town located 60 miles southeast of Des Moines. When this truck prowls the streets, the citizens of Osky stop and stare...and gawk...and drool.
The genius behind this truck is Jeff Kelderman, the vice president of Kelderman Air Ride. It's no wonder Iowans stop dead in their tracks when they see the "Screamin' Diesel" as it's come to be known. This truck was originally built to stop even the most jaded showgoer at SEMA Show in Las Vegas. Clearly, building a rig that would stand out at a glitter-saturated show like SEMA is no easy task. Kelderman knew the rig had to have shock potential. Hence, he built a truck that was not only tall and imposing, but also loaded with gobs of cutting-edge electronics, a matching Harley-Davidson Screaming Eagle motorcycle, and the crown jewel: a trick, self-lowering hydraulic bed. You won't see this truck hauling parts or pulling trailers, but you will see it hauling butt and drawing attention.
Dude, Where's my Bed?
Obviously, the thing that really sets this Super Duty apart from others is the hydraulic bed. In this sequence, you can see how it operates. Kelderman spent quite a bit of time designing the system so that it would not only lift, but also slide the bed from the frame of the Super Duty. The system is completely remote controlled, and allows the '04 Harley-Davidson Screaming Eagle motorcycle to simply roll to and from the bed. Speaking of the bike, it too has an air ride suspension (by Legend Air Suspension), a pair of Rosen 6-inch video monitors, a DVD player, and a back-up cam and monitor by Motocam.

- OF
By Ken Brubaker
42 Articles