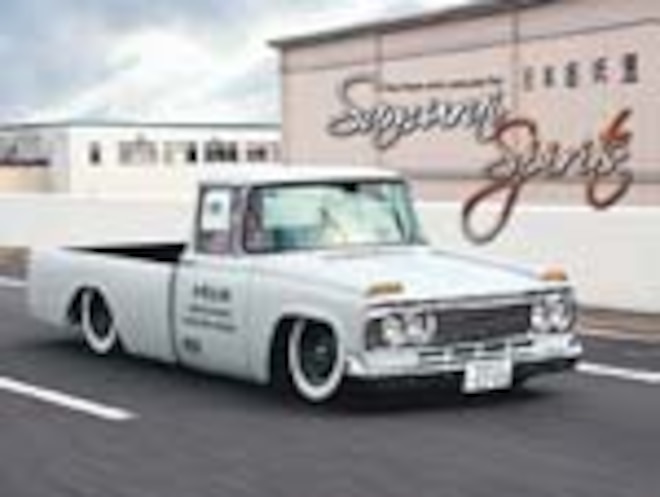 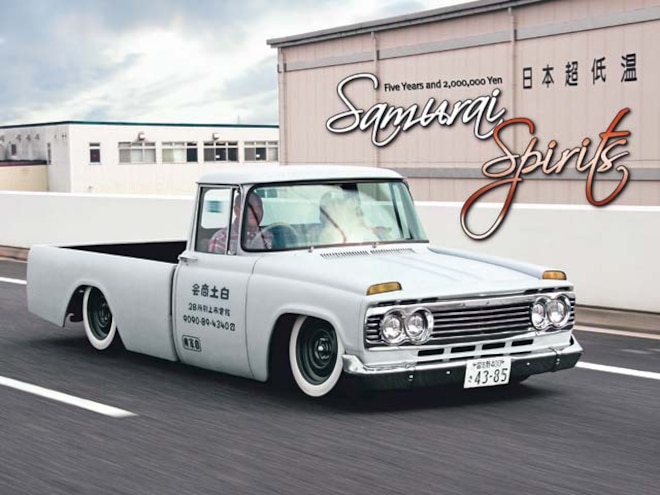 View Photo Gallery | 14 Photos
Photo 5/14   |   Owner: Masairo ShiratoRide: '73 Toyota Stout RK101 Hometown: Yachimata, Chiba, Japan
Don't let the two million yen startle you. To get the true American value, you can start by taking off two zeros. For Masairo Shirato of Yachimata, Chiba, Japan, there is only one true mini. Ever since Masairo's father used to own a Stout as a tow truck at the family junkyard, he knew that he had to have one. So years later when he came across a Stout for himself, away the ideas started flowing.
Now many of you may be wondering, what is a Stout? In '64 the first Toyota Pickup truck appeared in the United States under the name "Stout." The Stout wasn't a very fast seller off the bat, so in '69 Toyota improved the truck and renamed it the "Hi-Lux." In Japan the Stout name remained the same. Stouts are few and far between in the States these days, but they are around; you just have to dig. 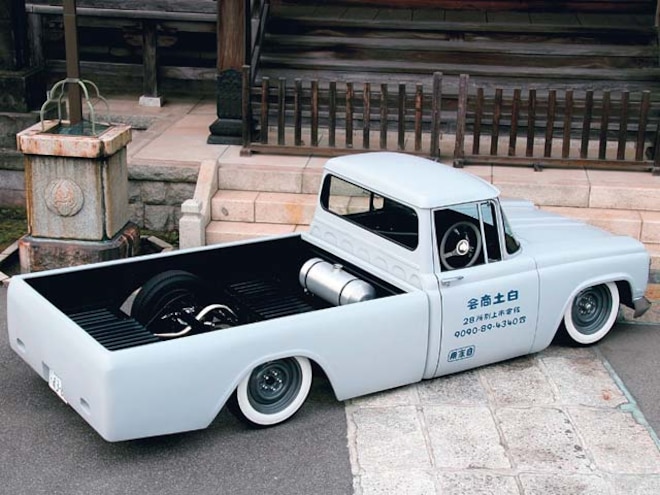 View Photo Gallery | 14 Photos
Photo 6/14   |   1973 Toyota Stout Rk101 drivers Side View
Masairo's love for the Stout is strong due to its unique look. No other mini-truck closely resembles the Stout. There weren't a hundred minis for the Stout to take pointers from. It is one of the forefathers of what would be today's compact truck. When Masairo picked up the Stout for a mere thousand dollars, lowering it was the first thing on his mind. Due to his somewhat limited mechanical skills, the first attempt at suspension modification wasn't as safe as it could be, so Masairo enlisted the help of Janis Car Service. 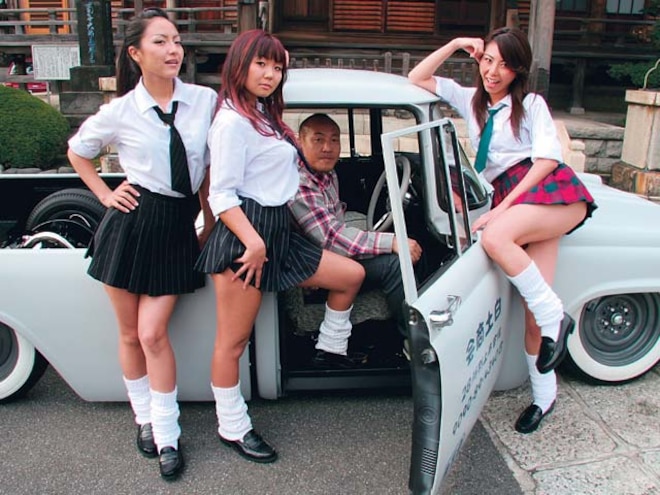 View Photo Gallery | 14 Photos
Photo 7/14   |   1973 Toyota Stout Rk101 owner And Models
Janis had the idea of swapping out the tired suspension with late-model Toyota handling gear and body-dropping it. Masairo's main concern was to keep the spirit of the Stout alive. The unique and original look had to be maintained, so other than putting it on the ground, the cab remains relatively stock-looking. Clean, subtle mods such as lining up the bed lines with the cab were a good choice but don't take away from the look of the Stout. Although Masairo wants more bodywork done in the future, we think it looks top-notch the way it is.
We're proud to be able to feature such a legend in the making. A mini of this nature is completely foreign to the Mini Truckin' reader and only comes along once in a blue moon. We hope all of you appreciate what had to be gone through to get such original features in this issue. Samurai Spirits is an inspiration to us all to keep it real and keep it low; hence, keep it real low. 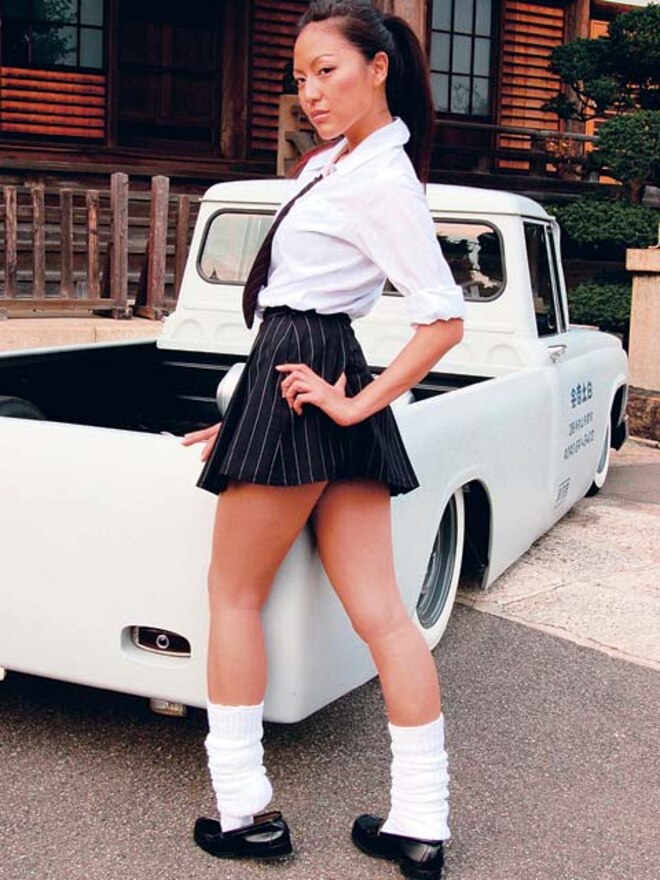