Custom to the Core 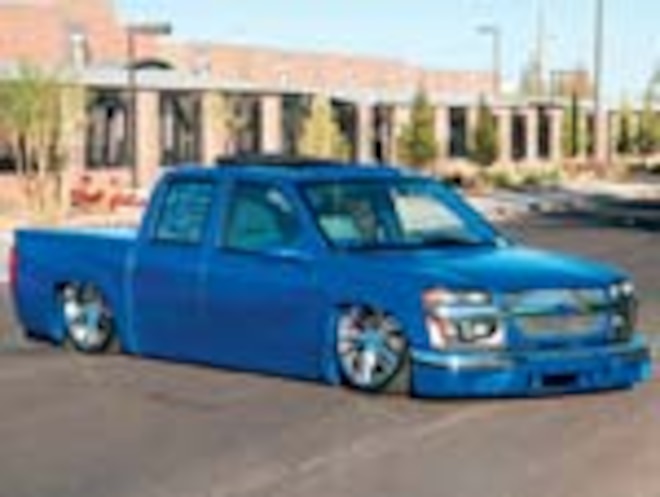 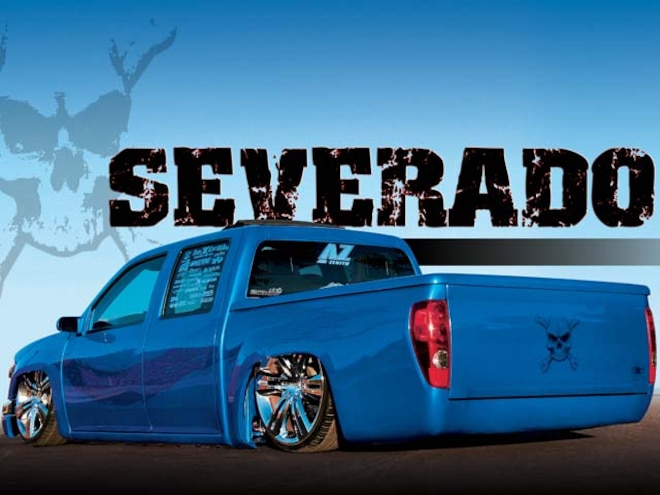 View Photo Gallery | 9 Photos
Photo 2/9   |   Owner: Kurt ForqueranRide: '05 Chevrolet ColoradoLocation: Phoenix, AZClub Affiliation: Severed Ties
If you ever wondered what one of the original members of Severed Ties would roll, here you have it. Kurt Forqueran, owner of Auto Core in Phoenix, AZ, has been a part of Severed Ties since '93. Having built plenty of customs in the past, including his mini-truck-inspired Civic, a '60 Caddy, and his Pontiac Sunfire '04 SEMA project, his next task should have been no problem.
Grabbing a '05 Chevy Colorado as a canvas for his custom ambitions and with SEMA only two months away, Kurt and the Auto Core posse were gonna have to get slammin'. The first month consisted of three shaved door handles, a ragtop install, and a gutted interior. Let me tell you what. It was looking pretty good driving the streets of Phoenix as Kurt was using it for his daily driver. As safety is Kurt's first priority, there was one bolt holding in the driver's seat.
Month two would come to be the month of thunder and sleepless nights. Kurt tested employee loyalty and friendships with what would seem like the longest month in the world. With SEMA inching closer and closer Autocore would manage the near impossible. Final bodywork, the hand-built frame, stereo, interior, and paint were all completed the night before their SEMA departure.
Since the last grains of sand were falling down the hourglass, final preparations were being dialed in. A couple friends were helping with the impossible task and reinstalled the chrome differential cover sans oil. While Kurt pimped his fresh ride down to pick up his tonneau cover from paint, the furthest he would make it is two blocks before the rearend flexed its might and ceased to move.
With hours until departure, Kurt called Nate at Arizona Differential. Nate, not being used to that 3 a.m. call, woke up and headed down to the shop while Kurt applied WD-40 to his tires to drag the Colorado onto a flatbed. By 8 a.m. the 'Rado was back on the road. With no time to go across town to grab the trailer to make the "trailer queen" label official, Kurt decided the truck was riding so nice that he just kept driving to Vegas for SEMA.
the lowdown 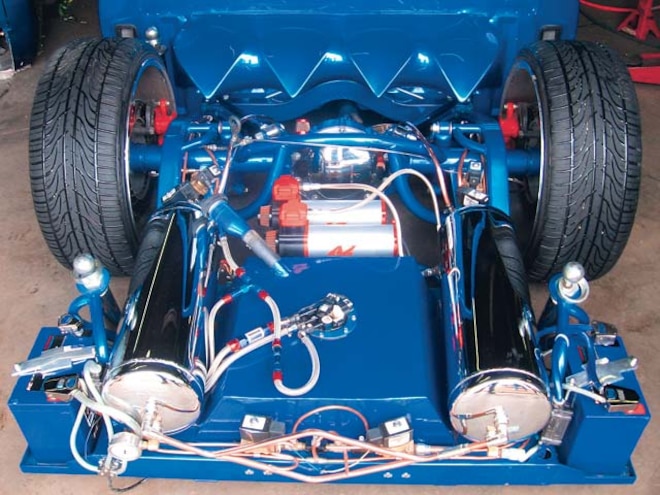 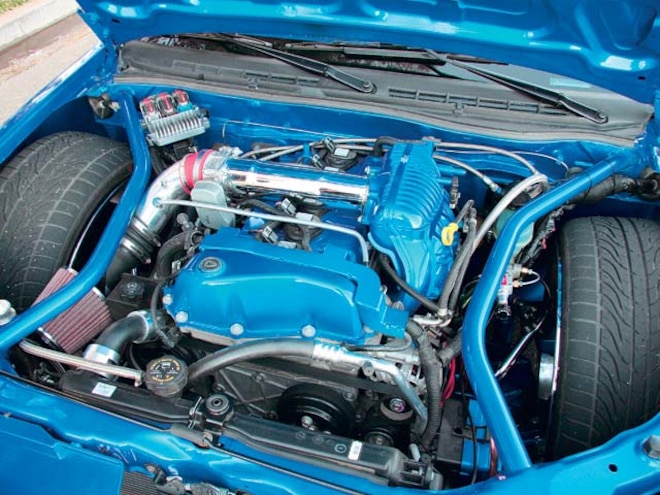