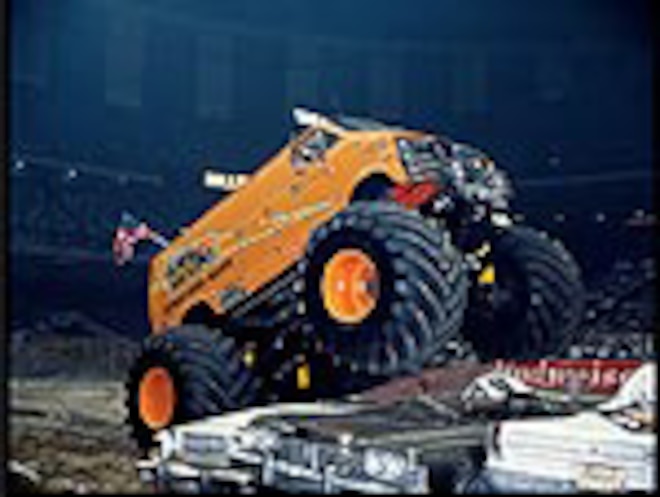 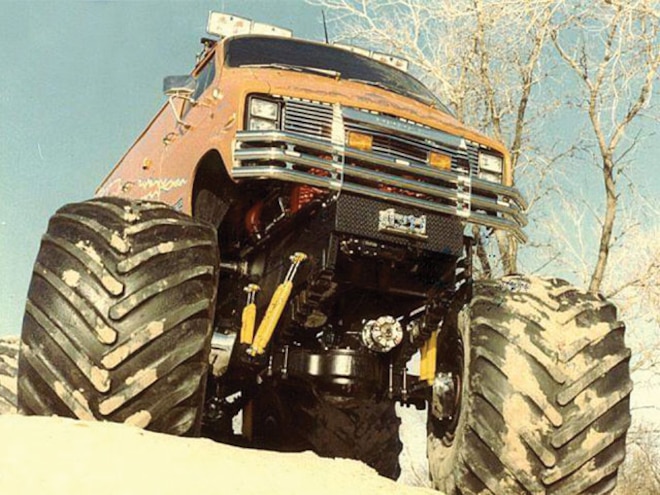 View Photo Gallery | 16 Photos
Photo 2/16   |   The leaf-spring suspension from the 2 1/2-ton donor truck was retained by creator Jim Oldaker. He also added 16 Rough Country shocks to the 5-ton Rockwell axles.
It's hard to believe, but the craze of monster trucks is nearing 30 years in existence. What began as an exercise in one-upsmanship amongst four-wheel-drive junkies in the Midwest has evolved into a multi-million-dollar industry that spans the globe.
Looking back at the humble beginnings of monster trucks, you may be surprised to learn that one of the earliest and brightest stars on the national scene was a diesel-powered early '70s Dodge van named "Rollin' Thunder." We started scouring the Internet and industry Rolodexes to hunt down Jim Oldaker, the guy who can claim responsibility for this beast. Jim now leads a relatively quiet existence in Oklahoma, where he does great work making prosthetics and orthodontics for medical patients. His story is pretty cool. 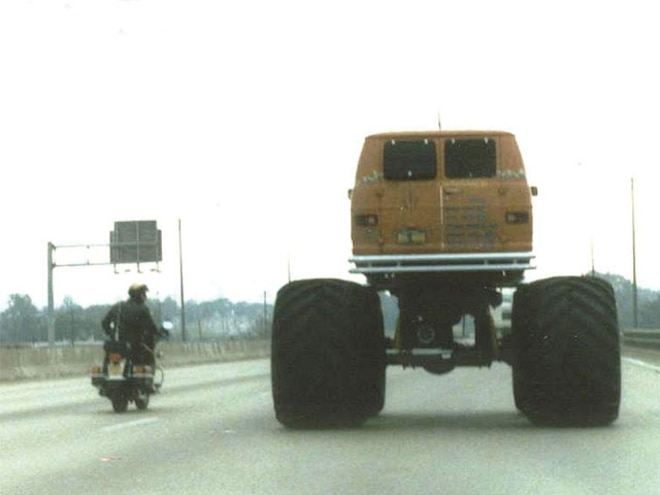 View Photo Gallery | 16 Photos
Photo 3/16   |   A California Highway Patrol officer takes time to admire Rollin' Thunder and decides against writing a "no mudflaps" ticket.
"The whole thing really got started because we had this shop in California named Streetable Customs," Jim said. "We built a lot of custom vans and did a lot of feature trucks for Truckin' magazine. It was a good business. At the time I was driving a VW Bug, and I had an old van that I had used to haul my motocross bikes. I originally got the idea to make the van into a four-wheel-drive."
As so often happens in these circumstances, fate intervened. Jim explains, "I happened to get a magazine that had some pictures of Bob Chandler's Bigfoot. That kind of got me to thinking. I was then told about a big industrial water truck that had been abandoned at a local construction site. There was a union dispute, and the thing had been torched. It was a mess, but the chassis was good and the motor was OK, despite the fire." 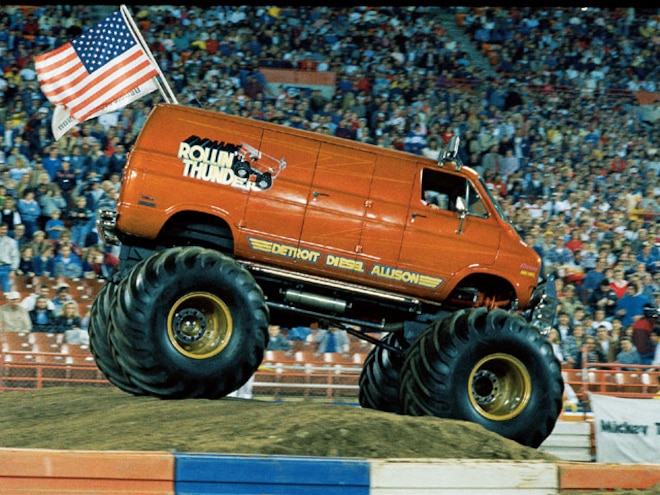 - OF
By Dennis Taft
1 Articles