Built for Hauling Toys and Looking Good Doing It 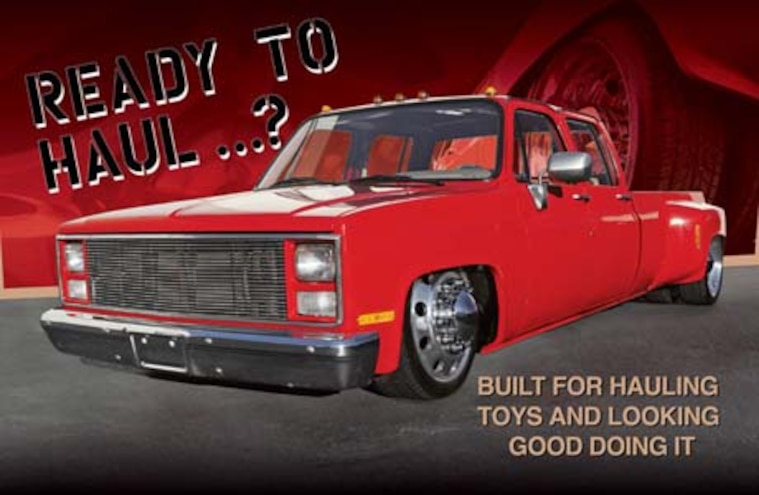 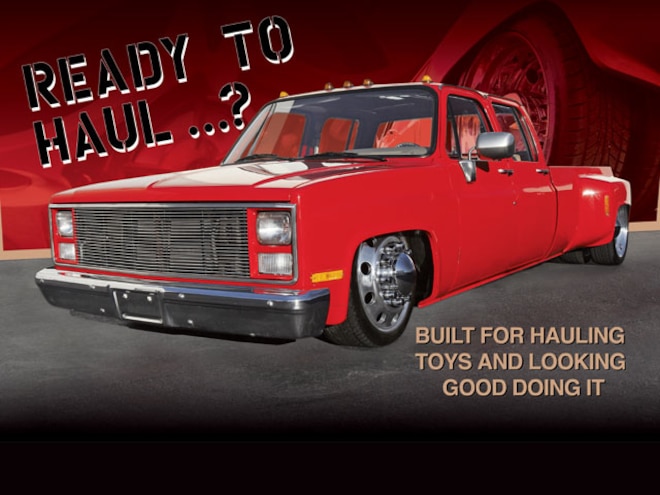 View Photo Gallery | 10 Photos
Photo 2/10   |   1986 Chevrolet Crew Cab Dualie front Drivers Side View
The Chevrolet dualie has been a staple in the use-it-and-abuse-it category of truck ownership for many years. While many of Chevrolet's six-wheeled workhorses have wound up in the hands of folks like Caltrans and city maintenance departments, over the last several years, quite a few of them have been swooped up by custom truck enthusiasts, laid out over big wheels, and decked out with the latest and greatest bling-bling items. Dualie trucks have certain characteristics that separate them from their 1/2-ton counterparts. Wide rear fenders, heavy-duty suspension, dual rear wheels, and an excess of exterior lighting are the features that set dualies apart from other trucks on the road. A dualie has sort of a big-rig feel to it, and nothing can match the feeling of driving a 1-ton crew cab down the highway. In addition to looking cool going down the road, dualies have typically been used for towing. Whether it's a desert toy, street rod, or drag car, dualies have been a key ingredient in motorsports since their introduction. Pulling top fuel drag cars to the line, hot rods from shop to shop, and dirt-slinging sandrails to the dunes, dualies have the guts to haul it all. 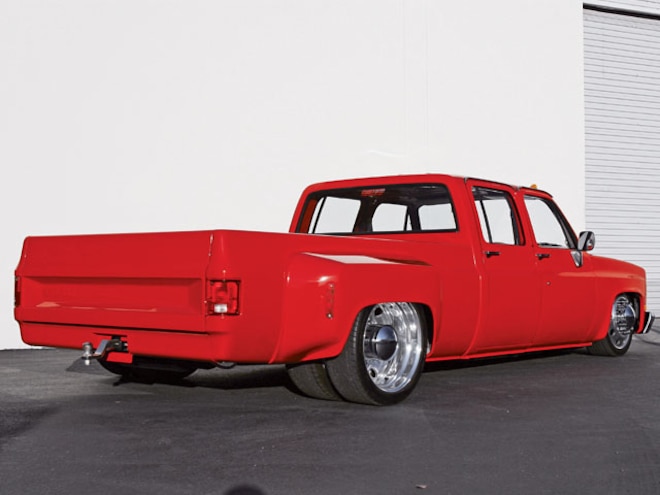 View Photo Gallery | 10 Photos
Photo 3/10   |   1986 Chevrolet Crew Cab Dualie rear Passengers Side View
This month's cover truck isn't what you would call your standard full-tilt, tire-smoking, frame-laying cover truck. Typically, toy haulers do not get into the pages of Sport Truck magazine all that often. It's not that these trucks aren't that prevalent on the road, but trucks that are used specifically for towing are usually not given the extreme aftermarket treatment. Most enthusiasts might upgrade the tunes, throw on a nice set of dubs, add some helper 'bags out back to help with load capacity, and call it done. Rob Decamp of Huntington Beach, California, will use his '86 Chevy Crew Cab dualie to tow one of his many projects to various shops or pull one of his toys to wherever. This truck has more demand put on it than your average daily driver, and it does everything asked of it, flawlessly...on 'bags. 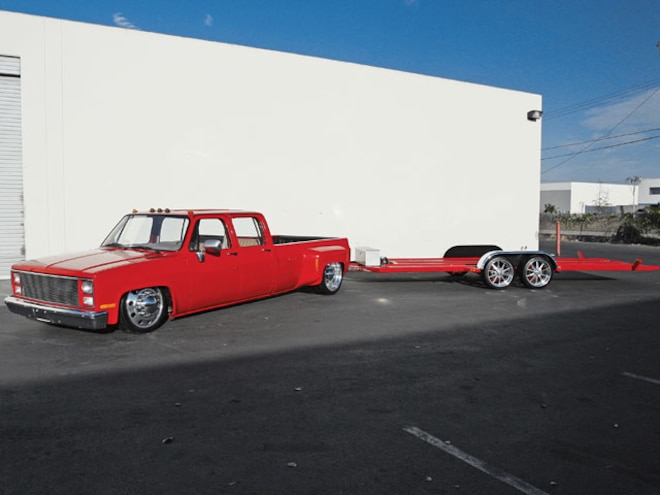 View Photo Gallery | 10 Photos
Photo 4/10   |   1986 Chevrolet Crew Cab Dualie drivers Side View With Trailer
Rob's hauler may appear to look like a show truck, but the closest it gets to the show would be to drop off one of his many show vehicles. This is a workhorse and is treated as such, which makes it perfect for our real-world Sport Truck issue. 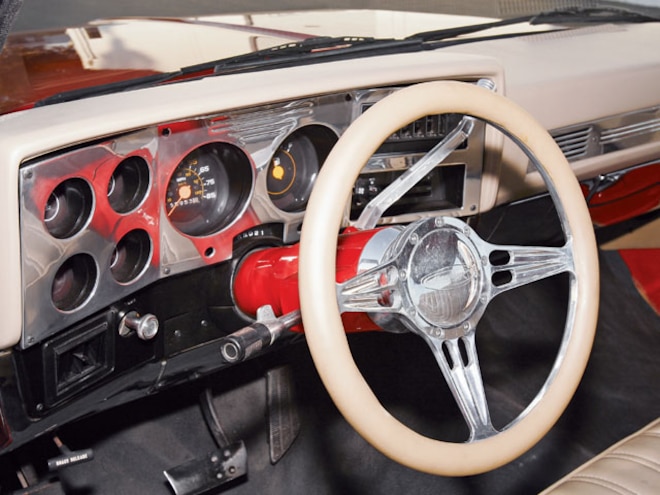 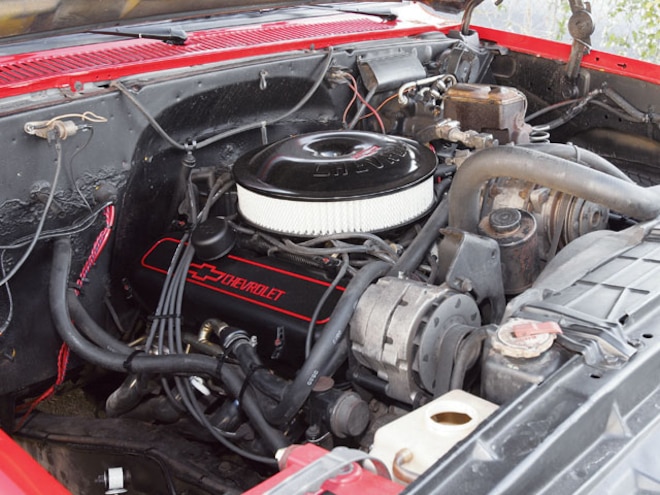 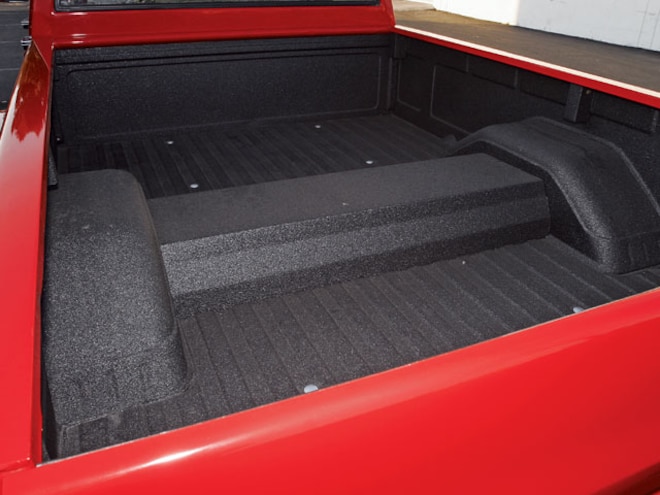 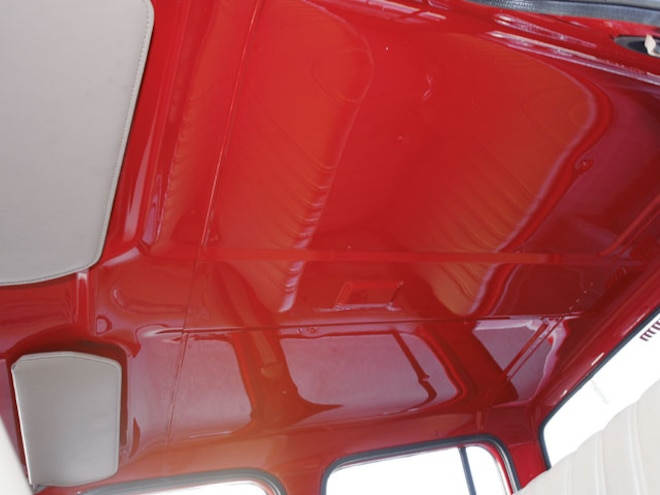 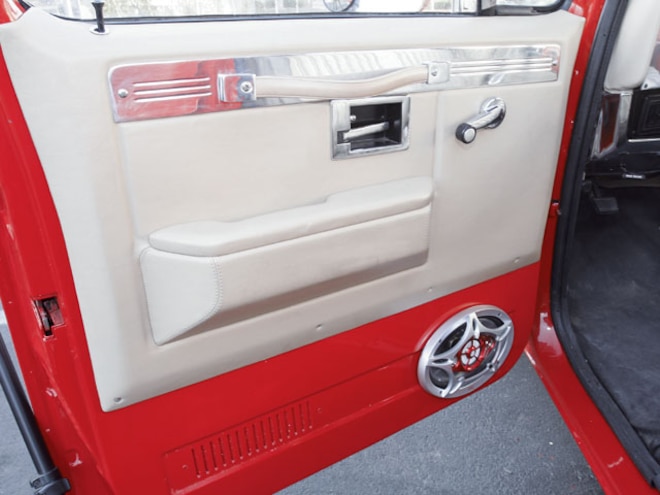 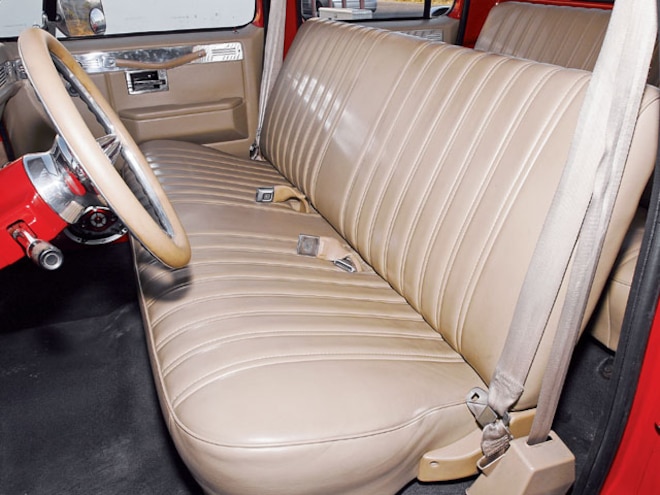 - OF
By Galen Armenta
221 Articles