Custom 2005 Ford Ranger - In The Limelight

Built For Fun, Built For Utility 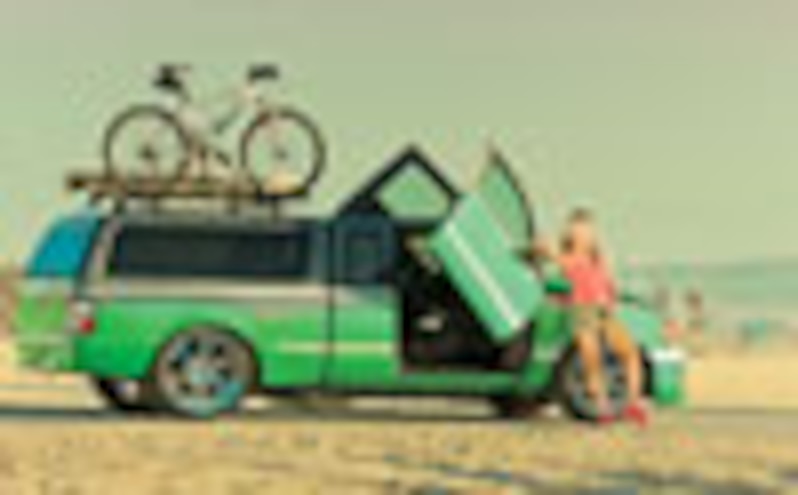 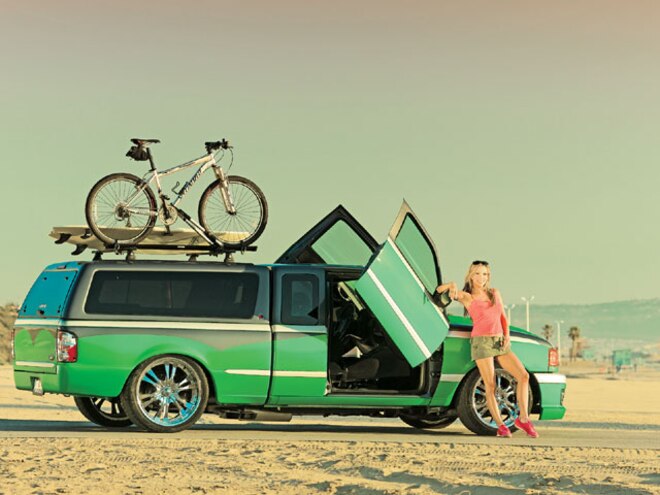 View Photo Gallery | 2 Photos
Photo 2/2   |   custom 2005 Ford Ranger side View
Sure, show trucks can look pretty sitting at a show all cleaned up or resting firmly on the ground, but what looks even sweeter is a truck that can do both and still have utility. Built in an incredibly fast four months, this 2005 Ford Ranger from Leer is the epitome of looking good while doing the dirty work.
Each year, Leer builds trucks to showcase its extensive line of fiberglass truck bed caps and tonneau covers. For 2006, Leer teamed with House of Tints in Tustin, California, and RPC Motorsports in Downey, California, to create a one-of-a-kind Ranger. Special to this project, a tonneau and a bed cap were both used to show the versatility of Leer's popular products.
Starting off stock as stock can be, House of Tints in Tustin, California, went performance overboard on the truck by adding an Explorer Express supercharger kit to the 4.0L V-6. That much boost required better breathing, so JBA headers, a Gibson after-cat, a K&N intake, and a Superchips programmer were added to handle all of the horses. A Baer brake system makes stopping as easy as tapping the brake pedal. Performance is a blast, but keeping yourself entertained is also a must and House of Tints did not disappoint.
Mounted in the stock dash location, a Jensen DVD player sends audio and video signals to two pairs of 6x8-inch mids inside the cab. Mounted in the headliner is an Audiovox 10-inch monitor with built-in DVD player. The audio and video leads to the bed, where a leather and carbon-fiber covered enclosure houses four pairs of 6x9-inch speakers, three Jensen amps that power four 12-inch Jensen subs (two in the cab and two in the bed), an Xbox, and tool storage. A 7-inch Audiovox touch screen onboard computer is also linked to the system, providing plenty of options for passengers, including GPS and navigation, and looks great mounted in the color-matching center console. Replacing the boring stock seats are Corbeau Legacy racing seats. A Nu Image gauge cluster now calls the dash home, and performance is recorded by Faze gauges. Completing the interior, House of Tints added Beckart window film to the truck for a private and custom look.
With the interior and performance taken care of, RPC Motorsports in Downey, California, went to work making sure the truck looked the custom part, adding Air Ride Technologies airbags front and rear with its Air Ride ePro digital gauge and switch system. Up front, 20-inch Panther chrome wheels add good looks, and in the rear, 22-inch Panther wheels complete the package. Each wheel is wrapped in Toyo Proxes performance rubber. Body mods include a Sir Michael's roll pan, Street Scene Equipment front bumper cover, Reflexxions hood, Precision billet grille, and Vertical Doors installed by RPC Motorsports. That bright green pigment is thanks to DuPont and was applied by Diamond Auto Body. Finishing touches include TYC and APC lights, a Yakima bike/utility rack for the Leer bed cap, and for the sleeker look, a keyless remote Leer 700 Series tonneau cover.
Leer says the theme of this truck was "zero gravity: go after it." Designed for the active 25- to 35-year-old demographic, this truck proves that being enthusiastic can look good and utility is not lost in intelligent styling.