In Memory of Chad Gaskins 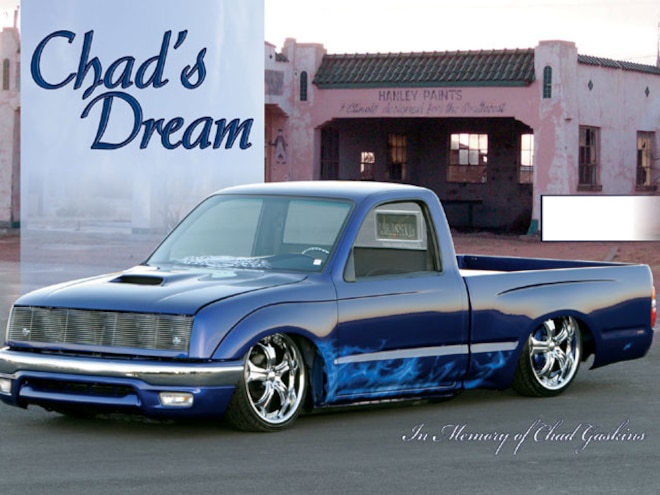 View Photo Gallery | 10 Photos
Photo 2/10   |   OWNER: Tom & Sherrie Neatherlin RIDE: '95 Toyota Tacoma HOMETOWN: Snohomish, Washington
Chad Gaskins is the minitrucker in all of us: hardcore, dedicated, and very passionate about minitrucks, as well as his friends and his family. His dedication to his family and the sport is what brought us here, today. You see, Chad was always into showing off his ride. To him, having a clean and slammed vehicle is a must. He didn't even want his mom to cruise in a dirty car because it drove him nuts. He liked to roll in style. He was just the kind of car guy who liked things clean and immaculate. 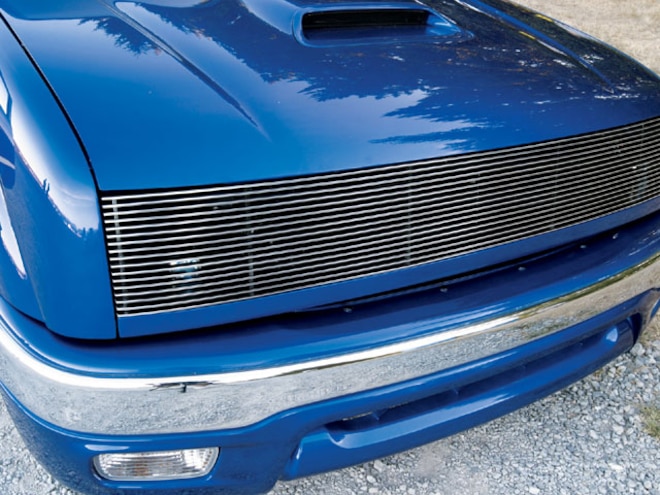 View Photo Gallery | 10 Photos
Photo 3/10   |   1995 Toyota Tacoma phantom Grille
Chad had been into minitrucks for about 8 years and had a few custom vehicles under his belt, including one very unlucky S-10 that met its demise after a windy day. It seems a very unlucky tree had decided to fall on a very unlucky truck, on an unlucky day for Chad, and it totaled the truck. However, Chad being the trooper he was, moved on to bigger and better things. It eventually led him to this '95 Toyota Tacoma that you see here, and Chad had many plans for it. Chad started building his truck himself, and when he bought his own home, he eventually moved the project there. And along with his best friend Craig, the pair would turn wrenches for hours. He was ambitious in his project and pretty much had the whole truck disassembled to build a truly amazing show-stopper in the Northwest. He started many projects, which included a center console among tons of other things throughout the truck. 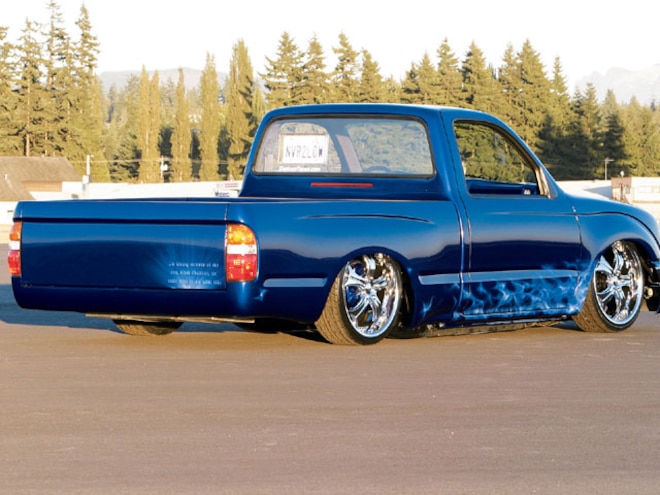 View Photo Gallery | 10 Photos
Photo 4/10   |   1995 Toyota Tacoma rear Passengers Side View
Unfortunately for all of us in this community, on April 24, 2005, Chad passed away and we lost a dedicated minitrucker. Chad was very important to his friends and family, and in remembrance of a son and a friend, they decided to finish Chad's dream. It took just over a year, but along with the help of many, they were able to complete the truck the way Chad would have liked it. In its first time out, the truck had an overwhelming response and took home several trophies. His friends and family know Chad would have been happy to see so many people enjoying his truck and they plan to show it for several years to come, in his memory.
The Lowdown 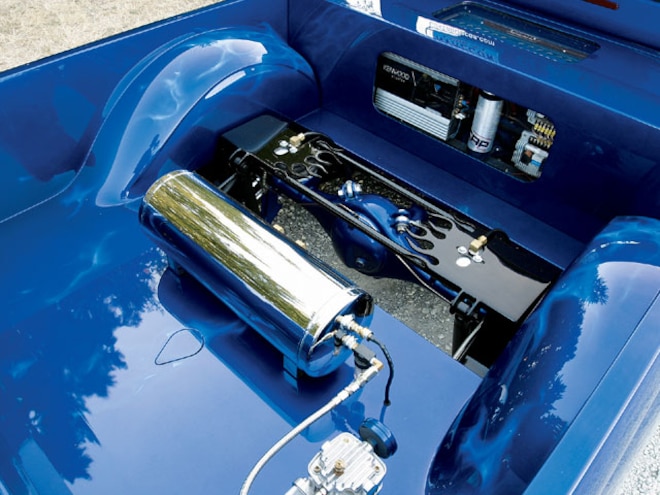 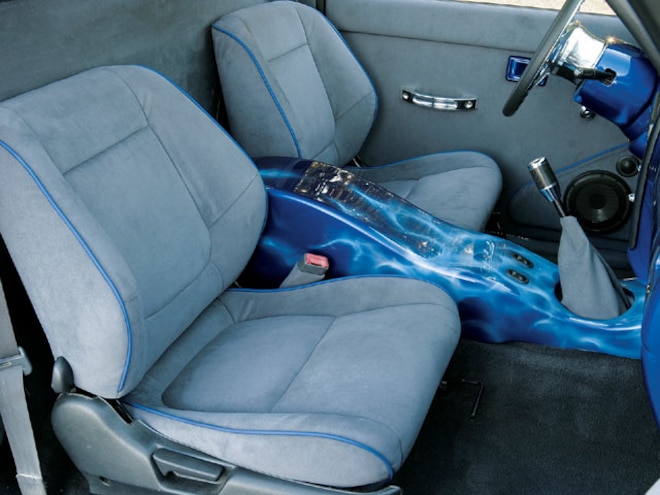 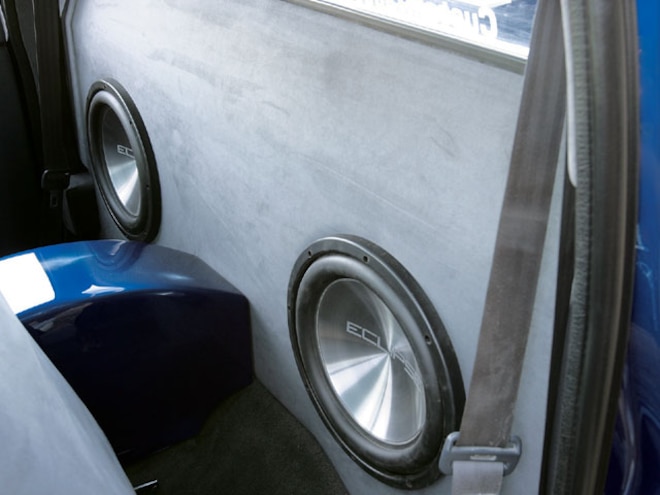 View Photo Gallery | 10 Photos
Photo 10/10   |   1995 Toyota Tacoma subwoofers
Stereo
Head unit: Sony MEX 501
Mids and highs: Diamond Audio
Amplifier for mids and highs: Kenwood
Subwoofers: 12-inch Eclipse
Amplifier for subwoofers: Extant 1000 watt
Wiring/accessories: Street wires
Custom fabrication: Custom-built box that goes through the cab into the bed
Performed by: Chad Gaskins
City/state: Everett, WA
Special Thanks (from owner):
Craig Braid, for endless hours of work; Brandon-no words can thank him enough; and to my husband Tom, who would work all day then head to the body shop until midnight to help on the truck. Thank you all from the bottom of my heart. -Sherrie