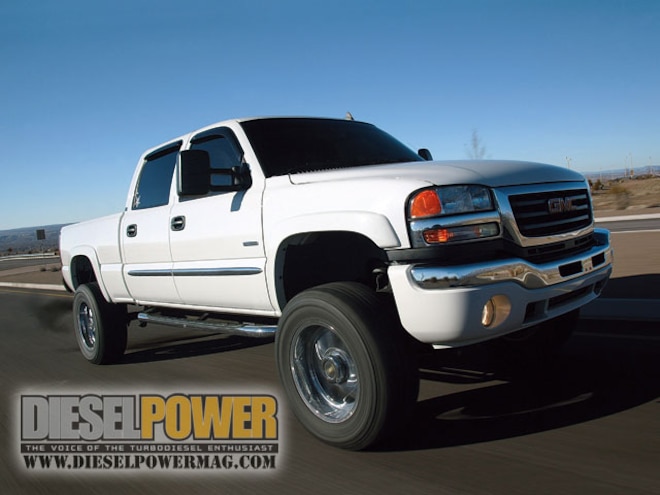 View Photo Gallery | 13 Photos
Photo 2/13   |   2006 Gmc Sierra Duramax right Front Action
Diesel vehicles got a bad rap after the last fuel crisis for being noisy, smelly, and unreliable. But now, a whole new generation of drivers has arrived that weren't even alive in the early '80s. These new drivers are comfortable with computers and electronics and rely on them for everything from cell phones to video games to the ECUs in their vehicles. Who better to embrace the new high-tech diesels currently rolling out of Detroit?
Garrett Bonds is one such member of Generation Y (or is that Generation Diesel?). Although only 17 years old, Bonds has owned two different Duramax-powered trucks during his short driving experience. 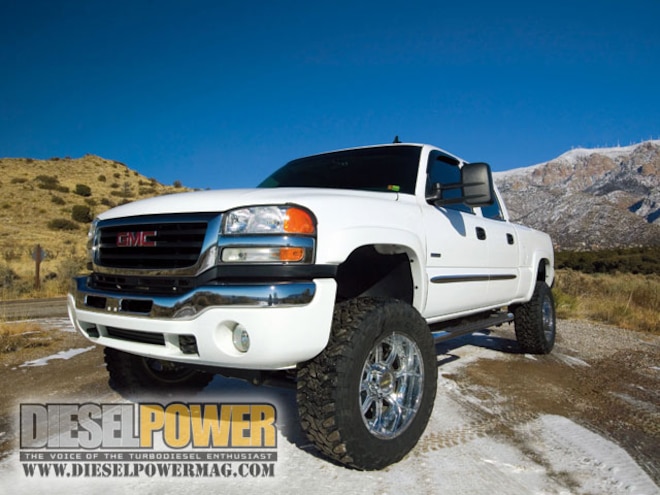 View Photo Gallery | 13 Photos
Photo 3/13   |   It doesn't take a lot of exterior upgrades to make the GMT800 trucks look mean. Bonds kept the exterior upgrades to a minimum for a clean look.
The first truck was an '01 Chevy LB7 Duramax that was outfitted with an intake, exhaust, and Quadzilla programmer from Underground Diesel Performance. A diesel truck was the perfect choice for Garrett because of its gas mileage, safety, and it allowing him to haul his Yamaha YZ450F or tow his Jeep rock buggy to the trails around his hometown of Durango, Colorado. Unfortunately, even the famed Allison 1000 transmission couldn't handle the combination of increased power and a teenage driver, so Garrett started looking for a replacement for the '01 truck.
He soon purchased a low mileage '06 GMC Sierra 2500HD short bed crew cab. A 6-inch Race Car Dynamics (RCD) lift was added to make room for 35-inch Toyo Open Country M/T tires mounted on 20x10 Moto Metal polished rims. The RCD suspension uses new cast-steel steering knuckles, a new subframe for the differential, and lower control arms for proper CV angles. Bilstein monotube shocks were also used to smooth out the ride and provide full range of travel. 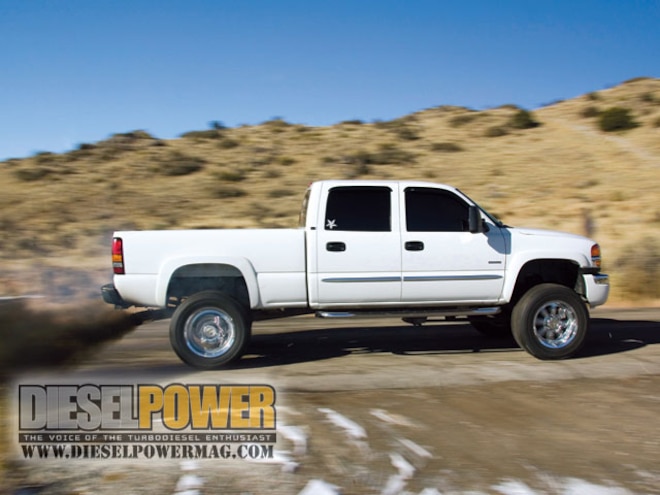 View Photo Gallery | 13 Photos
Photo 4/13   |   Even with mild modifications, Garrett's GMC 2500HD has blistering-quick acceleration on the pavement or in the dirt. With the PPE Hot +2 Xcelerator tuner cranked up, the truck puts out a lot of smoke until the turbo spools up.
With such expensive tires, Garrett didn't want to roast them off too quickly. The engine modifications are less extensive than on his '01, but they still provide plenty of power. The LLY engine in the '06 truck makes more horsepower and fewer emissions from the factory than his LB7 did, thanks to a variable geometry turbocharger and revised cylinder heads. The Duramax in the new truck further benefits from an AFE Stage 2 intake, Magnaflow 5-inch stainless steel exhaust, Holly Blue lift pump, and PPE Hot +2 Xcelerator downloader. The combination produced 446 horsepower on a Dynojet before the pesky Allison starting slipping.
Although he is still in high school, Garrett has big plans for his current truck. He spends his summer operating an excavator for the family construction business, and will graduate this spring. The added income should allow him to purchase the EFI Live tuning, ATS Aurora 4000 turbocharger, and that beefed ATS Allison transmission that is currently on his wish list.