A Pair Of Power-Stroked Broncos 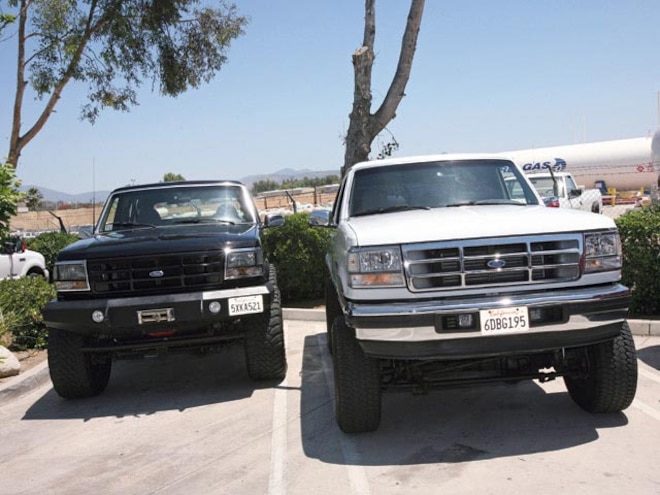 View Photo Gallery | 22 Photos
Photo 2/22   |   1993 Ford Bronco Powerstroke Diesel black White Broncos
Why didn't Ford build a diesel-powered Bronco? General Motors built thousands of 6.2L- and 6.5L-powered Blazers and Tahoes, while Ford opted to stay out of the 1/2-ton diesel market. Why? Probably because the diesel engines Ford had in its arsenal were extreme-duty heavy-truck engines, the complete opposite of the light-weight motors that GM built at the time. That doesn't mean an enthusiast can't rectify Ford's oversight though. 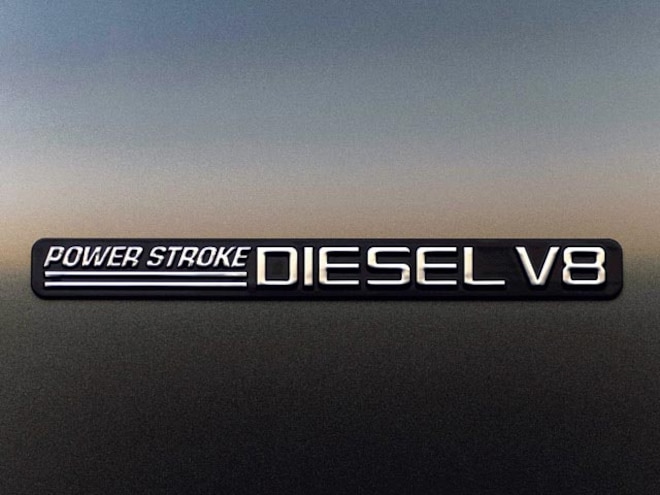 View Photo Gallery | 22 Photos
Photo 3/22   |   1993 Ford Bronco Powerstroke Diesel powerstroke Badge
David Calderon of San Diego, California, didn't set out to build two diesel Broncos, but that's what he ended up with. The black '93 Bronco seen here has a 7.3L Power Stroke that he got out of a wrecked '02 Ford Super Duty. The white '93 Bronco received a 6.0L Power Stroke from an '06 Ford Super Duty. Calderon began the dieselfication of his black Bronco eight months ago, yet before he even completed the 7.3L Bronco swap, he tracked down a wrecked '06 6.0L-powered Super Duty to begin transforming the white Bronco as well.
We met up with David at Diesel Tech in San Jacinto, California, to take a look at both of his Broncos up close. He showed us that besides swapping diesel engines and transmissions into his two Broncos, he also bolted in the 1-ton axles, transfer cases, and suspension components from the two wrecked trucks that donated the engines. Check them out. 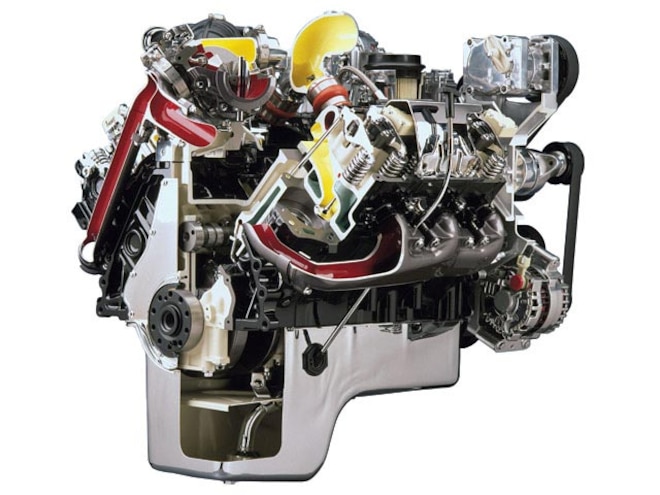 View Photo Gallery | 22 Photos
Photo 4/22   |   7.3L Powerstroke
7.3L vs. 6.0L Power Stroke
Before David Calderon showed us both of his Broncos, we thought that the 7.3L Power Stroke was the only way to go for a swap like this. The 7.3L Power Stroke is lighter (983 pounds) than the 6.0L (1,005 pounds), but the 6.0L appears to be a tighter package, and therefore seems to free up more room in the engine compartment. David also told us he thought the 6.0L truck was significantly more responsive than the 7.3L. 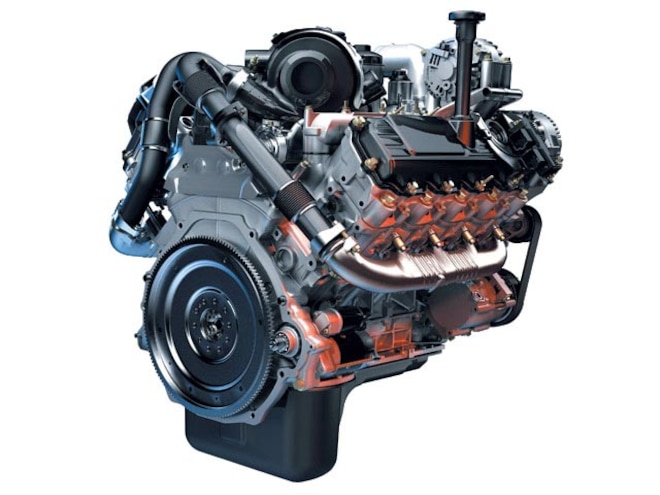 View Photo Gallery | 22 Photos
Photo 5/22   |   6.0L Powerstroke
The 7.3L is a less complicated engine, so that's the way we'd go if we wanted a diesel Bronco that would last us 500,000 miles. Yet if we were building a Bronco to race, the 6.0L Power Stroke gets the nod. Ultimately, we'd go with whichever engine we could get with the complete donor vehicle for a good price. Both engines will lead an easier life in a 1/2-ton Bronco than in the 1-ton trucks they were designed for.