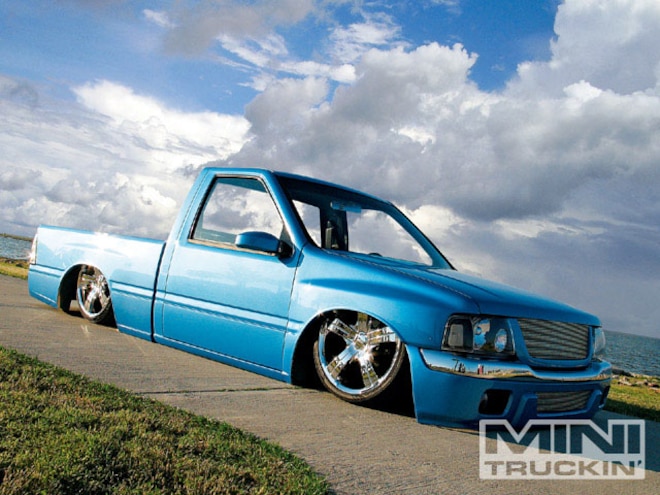 View Photo Gallery | 10 Photos
Photo 2/10   |   1994 Isuzu Pup right Side View
This special issue pays tribute to all the clean show trucks out there that are built to be driven!
Now, don't get us wrong, many super insane and high dollar masterpieces have a place on trailers, but with the votes in, we all know that it's much more fun to drive and drag the trucks that we spend every waking moment on. John Pellegrin, aka Shawty, is the type of minitrucker that really makes us love what we do. He has spent the better part of almost three years building and perfecting his '94 Isuzu Pup, in his own garage, with his own two hands. John first fell in love with minitrucks right around the age of 15, and it was just the hobby that he needed at that time to help him grieve the loss of his father. John was able to pick his head up and put his hands to work, to build something that he knew his dad would have been proud of! 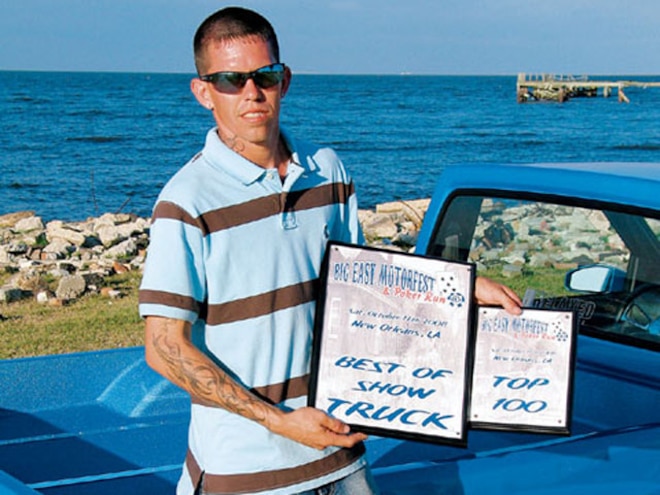 View Photo Gallery | 10 Photos
Photo 3/10   |   OWNER: John "Shawty" PellegrinRIDE: '94 Isuzu pupHOMETOWN: Houma, LACLUB: Relaxed Atmosphere
Taking after his own father's footsteps, John is a great dad to his little boy Devin, and keeps teaching him new things everyday! The family and friends that have been built during the years of John's buildup mean the world to him, and his pride shows in every single detail of the truck. John tore into the truck with only the knowledge he'd gained from these pages and a few online forums, and almost three years later, this beautiful Blue Isuzu is what he created. A few close friends have stood by his side throughout the buildup and helped him get his truck completed. After completion John's very first show attended, he took home the coveted Best of Show trophy, along with MT Editor's choice, and his very first photo shoot, which you see here. Although the pictures taken can show off the cool mods like the Ford Ranger front end, and the bright blue paint, what they can't show you is what a great guy John is and how deserving he is of this feature, his Relaxed Atmosphere logo, and our admiration! We know we'll see more from John "Shawty" Pellegrin in the future, as he's just getting started. For all the modifications and details make sure to check out The Lowdown.
The Lowdown
Rolling Attire
Wheels: 19x7.5 front and 19x8.5 rear Bazo B52
Tires: Falken 215/35R19 front and 225/35R19 rear 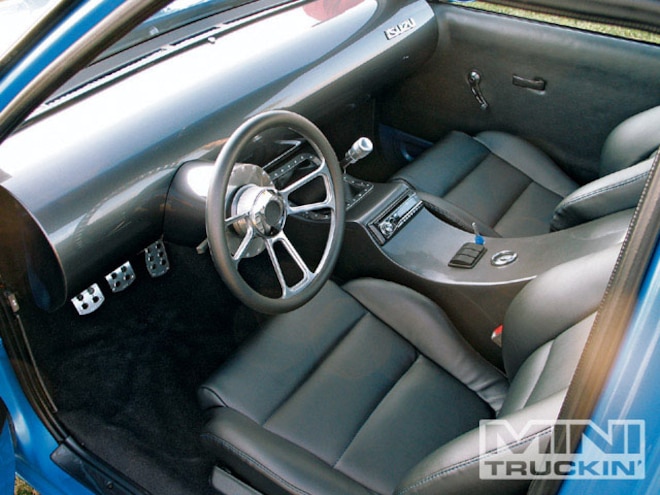