View Photo Gallery | 5 Photos
Photo 2/5   |   robert Bosch close Up
Robert Bosch
Robert Bosch, the 11th offspring of an innkeeper and farmer, entered life on September 23, 1861, in Albeck, a village near Ulm, Germany. Since most of his ancestors were part of the poor working class, his father encouraged him to set his sights higher by entering a mechanical trade after completing his basic education at the age of 15.
Entered into an apprenticeship, Bosch initially studied the construction of precision instruments. The science of electricity interested him as well, and he traveled extensively for trade experience. His early employers included Sigmund Schuckert in Nurnberg, Thomas Edison and Sigmund Bergman in 1884 and 1885 in the United States, and the Siemens Brothers in England.
Bosch returned to Germany in 1886 to open a small company of his own for the production of precision mechanics and electrical engineering. Electric arc lamps held his early interest, and he considered opening a lamp factory with his future brother-in-law. However, when the venture did not materialize, and with the money he inherited from his father, Bosch established his first workshop in Stuttgart, Germany, with two employees.
To develop a well-known name, a variety of non-related products were produced. Wooden box cameras, cigar-tip cutters, and modified typewriter keys for the blind were early products, along with a remote electrical water-level indicator. To further increase his income, the company installed telephones, along with staff paging systems. Bosch also offered the installation of electricity to homes and businesses. 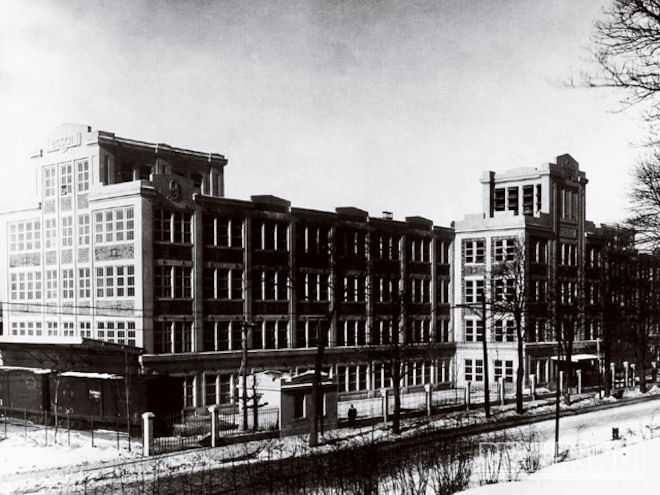 View Photo Gallery | 5 Photos
Photo 3/5   |   The first factory of Bosch Magneto Co., in Springfield, Massachusetts, was built in 1910 and opened in 1912 to cut transportation costs to the United States and save customs duties.
The company's breakthrough product, however, was a magneto ignition system initially developed by Deutz, an engine manufacturer in Cologne, Germany, that produced stationary internal-combustion engines. This device was fabricated to the customer's specification for possible production. Upon analyzing the prototype, Bosch realized the sample unit would not provide a reasonable service life and modified the unpatented original. Gaining an initial order, Bosch's magneto production started slowly and gradually generated 50 percent of his yearly sales for the next five years.
By the end of 1897, the company introduced a vastly improved version of the magneto ignition system, raising the speed levels in engines to 1,200 rpm. In 1898, Bosch was asked to test his ignition device in a motorized vehicle. Orders poured in, and the company began to look at exports, first in England, then in France.
In 1901, Bosch hired a new development head for his first real factory. Gottlob Honold further developed the magneto system with the addition of the spark plug. The new addition allowed increased engine rpm.
By 1906, all of the world's major automotive manufacturers were customers of Bosch. A new Paris factory was set up, with another in Springfield, Massachusetts, in the United States. By 1913, a full 88 percent of the company's business was generated outside of Germany. Other products produced included: headlights, generators, voltage regulators, batteries, and an electric starter motor in 1914.

View Photo Gallery | 5 Photos
Photo 4/5   |   A worldwide business, this is Bosch's administrative offices building in Sao Paulo, Brazil, in 1986.
The Great War
With hostilities beginning in Europe, the company initially found itself in dire straights. First, the export market tanked when Bosch properties were seized by the Allied forces due to the conflict. Over half of the company's net assets were quickly taken. The branded products suffered in quality with new owners, and trademark issues occurred. With the wars end came a new marketing effort, along with a new trademark called the "armature in a circle," which was created to lure back Bosch's customer base.
By the mid-'20s, the company also faced economic problems with high inflation, increased pricing, and import duties. The introduction of the assembly line was urgently studied. Engineers were also sent to Ford Motor Company to study new production techniques under the personal direction of Henry Ford. By 1925, Bosch's plants were again increasing output.
The 1920s also saw the development of injection pumps for internal-combustion diesel engines. Bosch's experiments demonstrated that heavy-oil engines delivered a 70 percent fuel savings compared to conventional Otto-cycle gasoline-powered units. By 1927, Bosch became the first manufacturer to produce diesel injection pumps globally. By May of 1930, 10,000 of these units had been sold.
With signs of the Great Depression setting in, the company began a diversification program. Power tools were the first products to appear, with radio components following. A co-op venture with Ideal-Werke produced radio sets, and Blaupunkt-Werke was purchased. Then, in 1932, Europe's first mass-produced automotive radio hit the market. Bosch refrigerators first appeared in 1933, and the famous Bauer cinema film projector line was purchased in 1934.

View Photo Gallery | 5 Photos
Photo 5/5   |   Bosch introduced common-rail injection in 1997. Here you can see a set of injectors being manufactured at its factory in Bamberg, Germany.
War Clouds Again
The world economic crisis hit the company hard during the 1930s, and only when Hitler's National Socialists took over did the economic crisis improve. The reason, of course, was re-armament, which the new regime forced in 1935 and 1936. Bosch, with its automotive components and fuel-injection systems, became a supplier to Hitler's war machine. Sadly, the company was eventually made to utilize forced labor to meet government supply demands.
During this dark period, it should be noted that Bosch, Hans Walz, and their management team disapproved of the Nazi government, and several senior management officials quietly became members of the initial resistance movement. Rumors of this reached the government, and when Robert Bosch died in March of 1942, no senior members of the socialist government attended his funeral.
Mid-1944 saw the gradual destruction of Bosch plants in Feuerbach and Stuttgart by continuous bombing. By the end of WWII, almost 70 percent of the company's facilities were destroyed, along with the employees who were killed or missing.
Rebirth
The ravaged company had to fight Allied military rule, new antitrust regulations, Soviet occupation, and currency reform. Thus, the company had to sever all connections with its operations located outside of Stuttgart, along with the placement of all its designs and patents into the public domain. Company mandated leadership issues appeared in the early '50s and had to be ironed out. And, because Robert Bosch Jr. was not interested in the family company, Hans Merkle was hired by Walz in 1958, and he became chairman in 1963.
Merkle noted that the organization had to be completely reorganized, as its manufacturing plants hadn't been modernized before the war. Upon his arrival, 35 percent of the company's sales were now generated outside of Germany.
The company's historical and continued interest in diversification began in earnest. A packaging machine operation was launched in 1964, with an Industrial Equipment Division following in 1973. An interest in telecommunications was launched in the 1980s.
Automotive components continued to be the main moneymaker for the company. By 2003, company sales topped $51 billion, with sales generated outside of the homeland making up more than 70 percent of its business. Under Hermann Scholl's leadership, the company launched the following:
* ESP (electronic stability program)
* Common-rail, high-pressure diesel injection
* Solenoid-valve-controlled axial-piston VP29/30 distribution pump, along with the UIS-unit injector system for single-cylinder injection
* ACC (adaptive cruise control)
* DI (gasoline direct injection)
* EHB (electro-hydraulic braking system)
* EBM (electronic battery management)
Diesel Market
Today Bosch feels it helps shape the automotive market with far-sighted planning. On the diesel side, high-pressure injection systems have made large and small diesel-powered platforms more economical and eco-friendly. For the western European market, this translates into every third new passenger car produced being powered by heavy fuel. A full 75 percent of all of Europe's new cars in 2001 were equipped with ABS. High expectations are also seen for ESP, the company's electronic stability program.
Diversity Continues
Bosch's traditional corporate logo depicts the armature from its magneto. Today, this logo involves products in industrial technology, factory automation, and mobile hydraulics. Bosch is also the largest supplier of packaging technology.
The company is active in the consumer and power tool market with consumer tools, thermo-technology, and security systems. It also includes a household appliance business. The company still continues to carry out its original business model-diversity.