“Hello, my name is Cayden,” the email began. “I am 17 years old. I have an ’05 Chevy Silverado that I would love to have in your magazine! It is an immaculate truck I have been working on since I was 15 years old.” The truck is lifted with 35-inch tires and has a turbo-back exhaust, Banks intake, PPE transmission and tuner, and the list goes on and on! Cayden added, “My dad bought it new. He passed it on to me when he was diagnosed with ALS. It is a terminal disease. He only has a few months left. He would be so proud to see his truck in the magazine or on the website.” 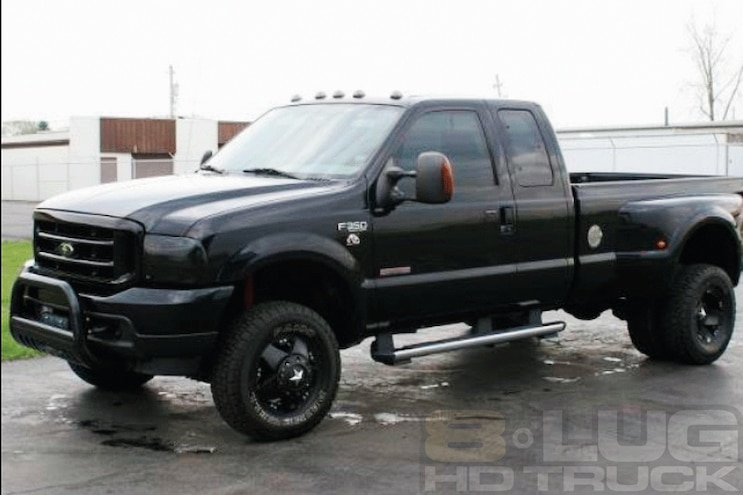 Scott Tallman’s truck is an ’04 Ford F-350 dualie with 42,000 miles on the odometer. “My truck is babied,” he told us. “I’ve washed it practically every day since I owned it. Some people say I’m going to wash the paint off it. I’d love to see it in your magazine.”

J.J. Berndt wrote, “I am an avid monthly reader of 8-Lug and have been building a daily driver performance rig of my own in hopes of the ever-elusive 8-Lug spread featuring my ’01 Ford F-350! It might be worthy of Bragging Rights or a spread, but I can’t find out unless I send a picture in! It’s built to look good but still perform well as a daily driver, toy on the street, and hauler. I got this truck from my uncle and have built it over the past year in my driveway on a college budget.”