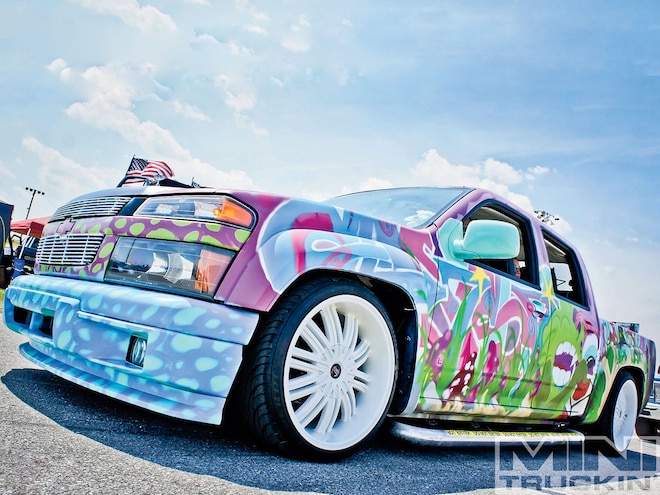 This month's Ridin' Around winner will get this heavy-duty bottle opener from Craftsman. This will soon become your favorite tool—trust us. Bottoms up! For your chance to win, submit photos and info to mini.truckin@sorc.com.
View Photo Gallery | 5 Photos
Photo 2/5   |   ridin Around November 2012 craftman

View Photo Gallery | 5 Photos
Photo 3/5   |   ridin Around November 2012 1983 Chevy S10
Keepin' Cool
"I live in North Pole, Alaska. Yes, Santa Claus does live here. Unfortunately, I only get to drive it a few months out the year since it gets parked in the winter," Ray tells us. He's owned this truck for 20 years, and it was initially put to work in the pumping and thawing business. After retiring his Dime from duty, Ray has dropped the suspension 5/6, slapped on a set of Weld Racing wheels, and cleaned it up inside and out. 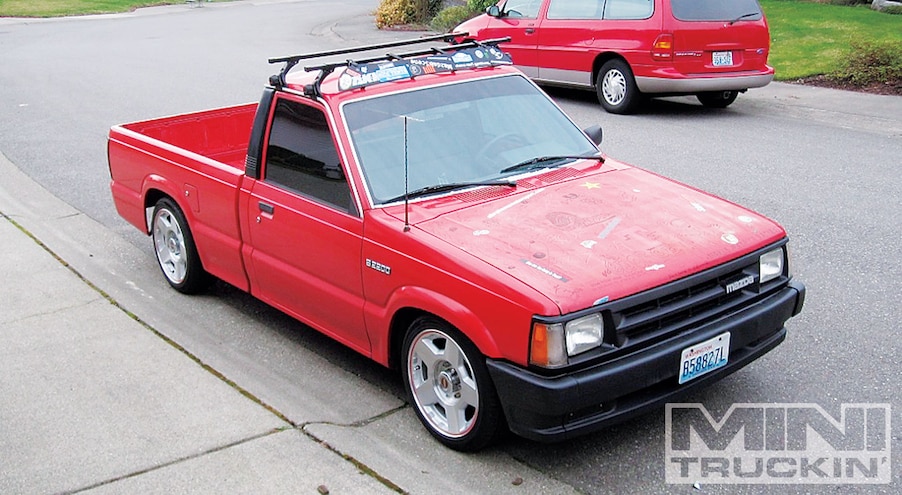 View Photo Gallery | 5 Photos
Photo 4/5   |   ridin Around November 2012 1990 Mazda B2200
Noobie Brother
CJ tells us, "In 11 years of driving, I've been in primarily Euros. When I got the 2200, I immediately met some incredible people. Few people ever offered so much help with tools, parts, or friendship when I had my Dubs and whatnot." To lower the truck, a set of 3-inch blocks were used, and the torsion bars were indexed. Staying true to the Mazda name, CJ selected a bench seat from a 626 and a late-model B2600 steering wheel to update the interior. "I also bolted on a roof rack for sh*ts and giggs."

View Photo Gallery | 5 Photos
Photo 5/5   |   ridin Around November 2012 2005 Chevy Colorado
Bow Tie Bombed
There really isn't much that Nick hasn't done to his Colorado. It's been static slammed, rolls on 20s, breathes easier with a K&N intake kit, features HUMMER H3 seats and center console and painted dash, and the exterior skin has been spray painted to perfection. Future plans include a full air ride system complete with a custom frame from the engine mounts back, suicide rear doors, and the reinstallation of the front diff to make it a functional 4WD again.