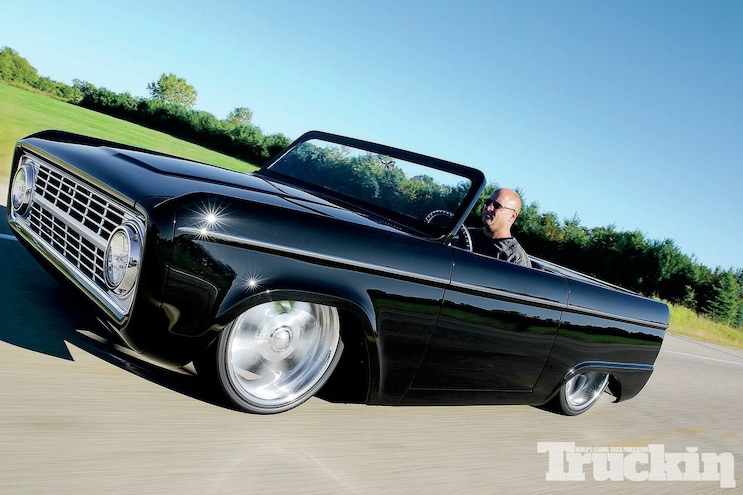 Alighthouse serves two purpose: it allows a mariner to see the coastline off in the distance, and it gives the observers on land the ability to see incoming ships before they drop anchor. For those enduring the hardships of rough seas, bad weather, and the confines of being on a ship for an extended period, the shining beacon of light from the shore symbolizes the end of blood, sweat, and tears, a successful mission, and at the other end of the spectrum, a new beginning. Jeff Kari of Scandia, Minnesota, never gave up on his beautiful ’71 Ford Bronco project despite starting his own business, having twins, and buying a larger house for the expanding family. His guiding light was the realization that at the end of his 12-year project, he would have something truly unique and, perhaps even better, he’d have a great example for his kids to never give up on their own dreams.
When we caught up with Jeff, he was quick to tell us how the Bronco found its way into his possession. Here, in his own words, is the CliffsNotes version of his classic truck’s journey. 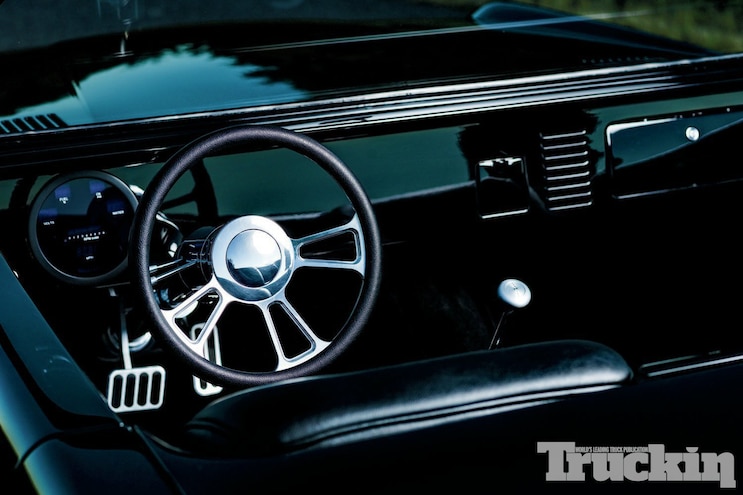 View Photo Gallery | 7 Photos
Photo 2/7   |   It may appear stock, but the dash underwent plenty of metal surgery just like the body. The gauges are from Dakota Digital, while the steering wheel is a Billet Specialties Vintec unit. K&M Upholstery in Shafer, Minnesota, was responsible for covering the Nissan Maxima seats in marine-grade vinyl.
“Two brothers with one-way plane tickets to Texas on a mission to buy a rust-free truck, that’s how this started. We were looking for a 1967 or 1968 Chevy shortbox but none were in the price range for the condition we wanted. Then, on the day before we needed to leave Texas with something to get back to work on time, my brother, John spotted a 1971 Bronco in the local classifieds. We looked at it and the decision was that this is the vehicle we would drive back to Minnesota. The hardtop had to be left behind because the seller’s cow had sat on it, so we made the trek with only the soft top that had seen better days. After about a couple hundred miles, we both decided that we couldn’t stand listening to the top flapping in the wind, so we would drive with the top down if the weather permitted. It was somewhere around the Iowa border that we were both suffering from sunstroke when the idea was hatched that this Bronco would make a great lowrider -- that was June 1998.
In 2000, after accumulating some of the parts, I discontinued driving the 4WD Bronco and removed the body from the frame. While I was removing things, I also removed the front end, motor, transmission, and transfer case as they were no longer part of the plan. A Mustang II front end was installed with advice from my dad who used to install the same front ends in 1933 and 1934 Fords. The rear of the frame was cut off and new framerails were welded on and a 9-inch posi was narrowed and installed with a triangulated four-link. Ride Tech airbags were installed on all four corners. With the chassis complete, the 18- and 20-inch Colorado Custom wheels were chosen and the body was dropped back on the frame. At that point, the plasma cutter was put to use to remove the sections of the floor that were in the way. The rear was tubbed side to side to allow the wheels to tuck under the body while allowing the exhaust to run all the way to the rear. The driver compartment section of the floor was removed to lower the profile of the seats and to stretch the foot section into the engine compartment. Out front, the stock inner fender panels would not allow the body to lie on the ground, so they had to be removed. The 1997 LT1 and 4L60E transmission were then installed into the frame. The motor was chosen because of its low profile, which allowed the hood to remain unaltered. 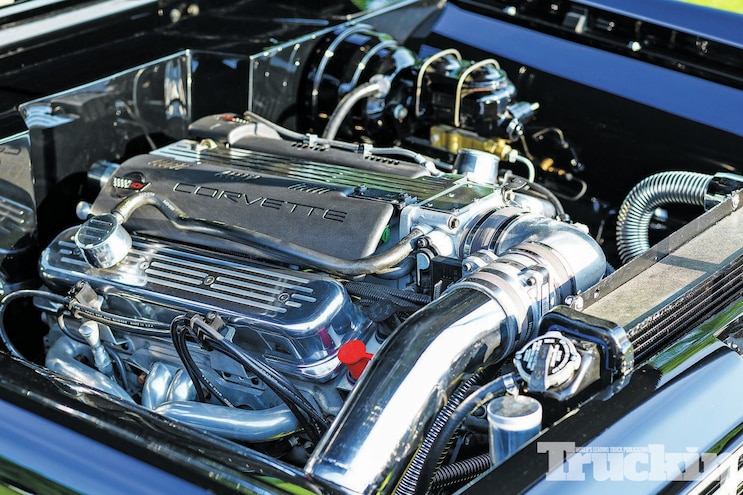 View Photo Gallery | 7 Photos
Photo 3/7   |   No, it’s not a Ford V-8 in an old Ford, but the Corvette LT1 does clear the stock hood, which with the Bronco being so low, was a more important concern.
From there, some of the ugly was removed from the body without altering the Bronco appearance. Modifications include: turn signals removed from the grille, roll pans fabricated front and rear, hinges hidden, doors capped, tailgate welded shut, windshield chopped and laid back, custom inner fender panels built, tonneau covers fabricated, center console created, and chrome-plated brass trim. Don Groff is credited for much of the metal fabrication. After the body was massaged, the Bronco was taken to Xtreme Paint and Auto Body in Wyoming, Minnesota, where every piece was blown apart and painted with Spies Hecker black single-stage. After final assembly, the Bronco was sent to K&M Upholstery in Shafer, Minnesota, for a custom interior.
The build of this Bronco spans 12 years and was interrupted by starting my own business, welcoming twins to my family, and moving to a large house for all of us. During this chaos, I kept my vision clear on what this Bronco could be.”
An inspiration to all of us, Jeff’s Bronco endeavor proves that focusing on a goal will help you see the light at the end of a long project build’s tunnel -- even when that tunnel throws you a curveball like family, kids, and work. 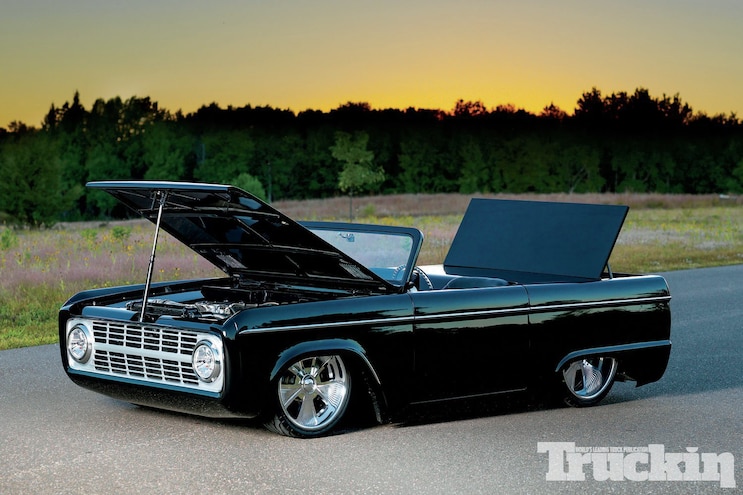