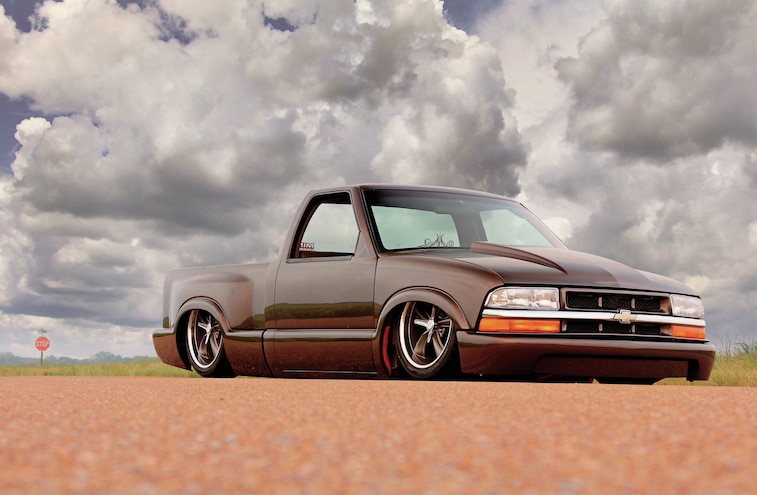 Not everything that’s new is good. Just look around. The rise of resurrecting vehicles, parts and things from the past has always been in high demand, but when it comes time to tap into the wells of history, style and soul prove to be most valuable. (Note: no, your dad’s corduroy bell bottom pants from his high school glory days aren’t in style, and yes, they have already run completely out of soul. They did a long time ago.)
So what other items and gadgets from the ’70s would be safe to incorporate into a solid / modern (and socially acceptable) fashion statement? Well, bad pants have already been ruled out. What about white dude fros? Nope. One-piece zip-up jumpsuits? No way. How’s an old Chevy 250ci inline six-banger sound? Bingo! Eric Higdon, builder of the fine specimen of an Chevrolet S-10 seen on the pages before you, thought the engine, along with a few other throwback touches, would date his date his truck for the better. Eric says, “Over the years, I fell in love with classic lines of old trucks and the rat rods, but still love to see high-dollar modifications done on minis. I always wondered how I could fit all these ideas from different vehicles into an Chevy S-10 build.” Well, you aren’t the only one wondering, Eric. Please elaborate.

"I started to see a difference in quality and I started to wonder what it would take to catch people’s attention." 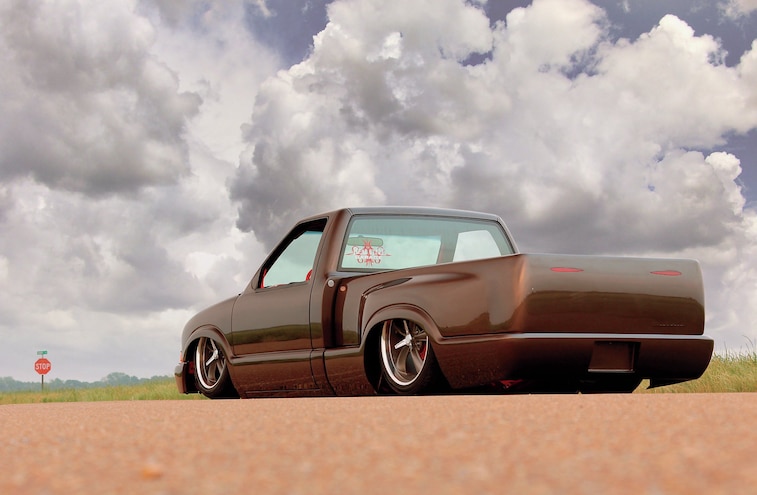 View Photo Gallery | 13 Photos
Photo 2/13   |   1998 Chevrolet S 10 Rear View
“Once I put a plan together, I contacted Eye Kandy Designs and came up with a sweet rendering. I just ran with it. The one thing I’m proud of is the old school straight-six motor. It just seemed like a lot of builders go with the same common carbureted 350. I get so many compliments on it, but after all the work and headaches we went through to get it running properly, I wish I’d gone with a V-8.” Yeah, the inline six was definitely a turn in the right direction, and so was the ’59 Impala dash, but flawless execution is what fused the streams of inspiration into what has become quite the quality creation.
Now, back to talking about time periods. A truck like this doesn’t just pop out from someone’s garage in a year or so. Eric’s been building his Chevy since 1999 -- 15 years ago. “I got this Chevy S-10 just after my 1996 GMC Sonoma was hit from behind and totaled out. This one started out at four different shops, I then took a break when I joined the Army to fight in a war -- it took a lot of time and cash to get it to this point.” Money and might aside, it was still another S-10 build or at least, that was the mentality Eric was trying to break away from. “Looking back at the years or going to different shows, watching DVDs, and talking to people about their trucks, I started to see a difference in quality and I started to wonder what it would take to catch people’s attention. I just had to kick things up a notch.”
Special Thanks From Owner
“To all the friends and girlfriends who have come and gone, to MT Mag for all the inspiration over the last 16 years I’ve been a reading, Lee Allums for the parts and supplies in the last year and my good friend Nic Barbee who helped make my vision come true.” 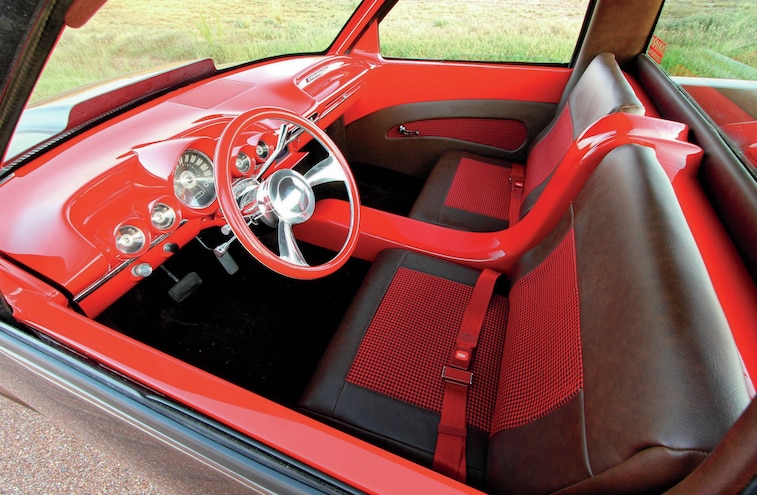 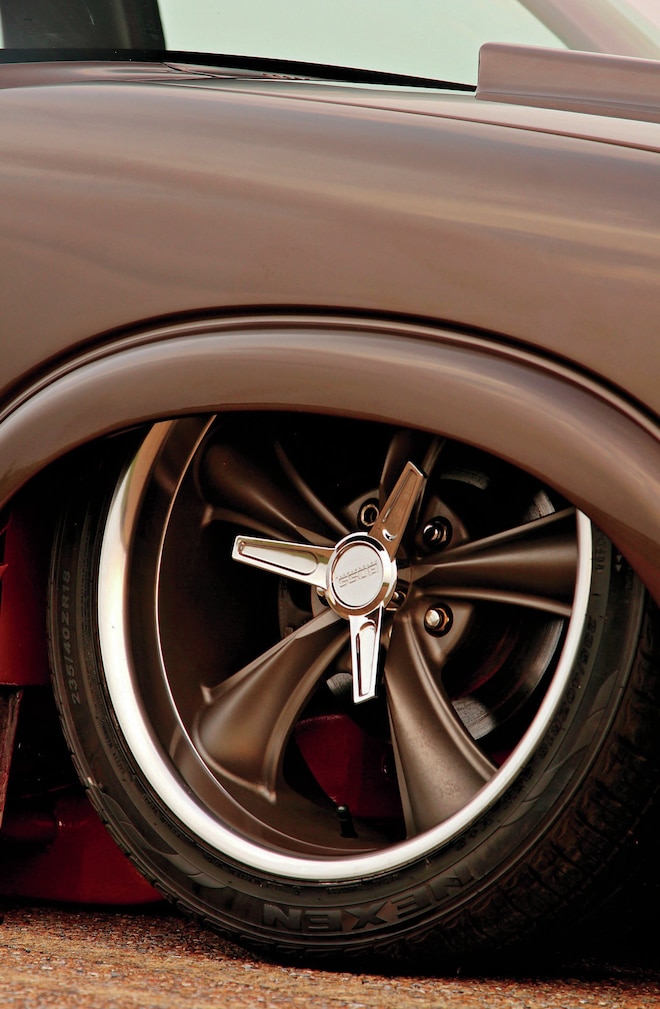