Home To The Most Powerful Diesel Engine In The World 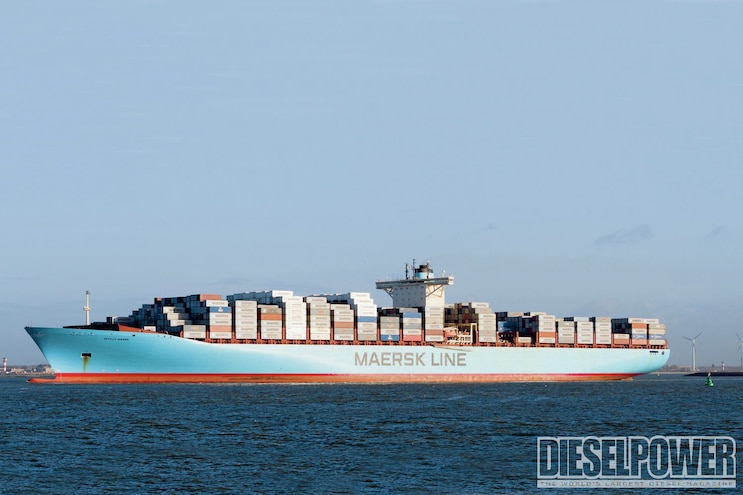 Take a quick look around. Chances are good that a lot of what you see and use every day has been produced in a factory somewhere overseas. With only a few notable exceptions, every one of those products made the journey to your fingertips on a container ship. As of July 2013, there were a total of 4,968 patrolling the world’s oceans, with the largest of these being operated by industry giant Maersk.
The Maersk E-class of container ships is comprised of eight 14,700 twenty-foot equivalent unit (TEU) vessels. This equates to a capacity of about 7,000 40-foot shipping containers. Each one of the sister ships bears a name that begins with the letter “E,” with the first ship, the Emma Maersk, being built in 2006 and the final one, the Eugen Maersk, built in 2008. At 1,302 feet long and 184 feet wide, the E-class held the record for the largest container ships ever constructed until the Maersk Triple-E was launched in 2012.
Moving a ship of this size through the water requires an enormous amount of power. To handle that task, Maersk turned to the Wartsila-Sulzer RTA96-C. This 14-cylinder inline engine is a turbocharged two-stroke, low-speed diesel engine that is recognized as the largest and most powerful in the world. Doing away with mechanical fuel injection, the newest version utilizes high-pressure common-rail technology, which provides better performance and fuel efficiency, and lower emissions. The engine consumes 6.5 ounces of fuel per cylinder per cycle, giving it an estimated fuel economy at full load of 150 gallons of heavy fuel oil consumed per mile traveled. In addition to the single RTA96-C, five Caterpillar 8M32C engines are also employed. All this power gives the Maersk E-class a top speed of a little less than 30 mph (25.5 knots). 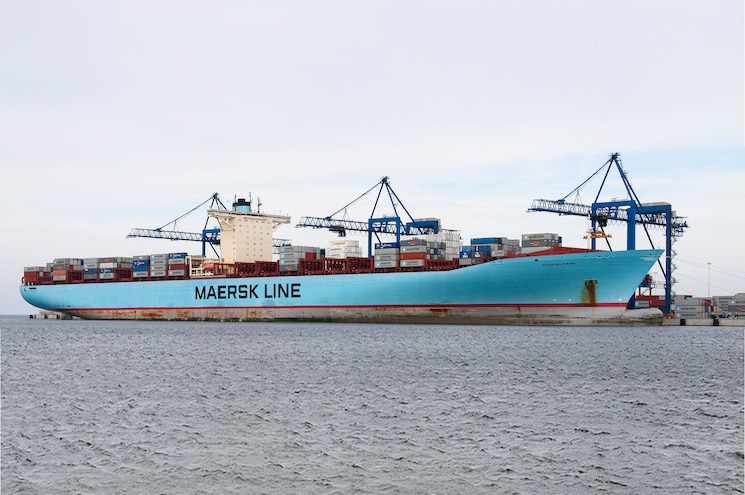 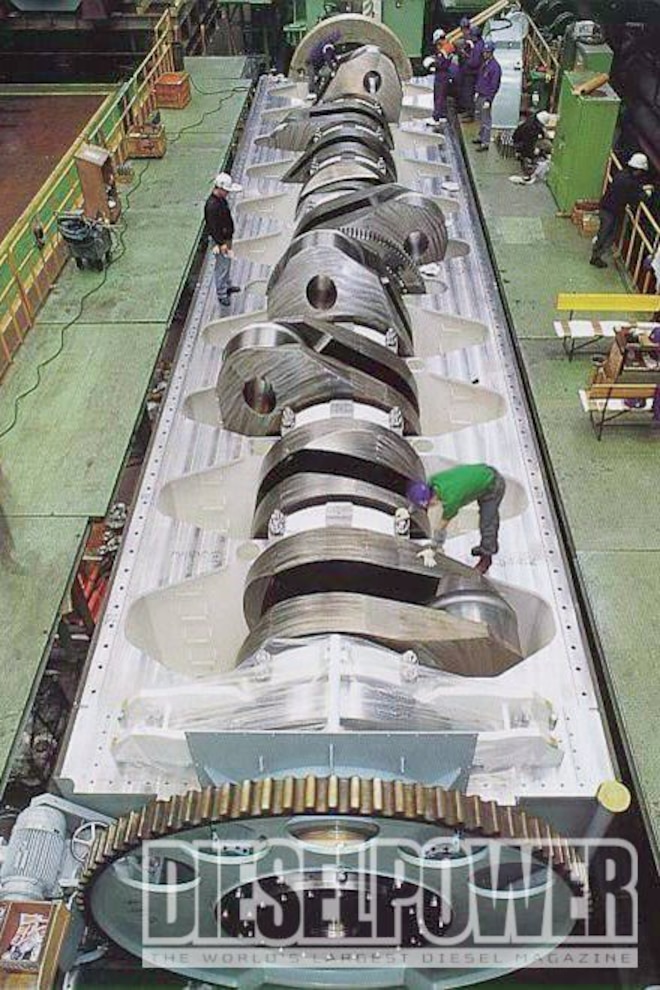 View Photo Gallery | 7 Photos
Photo 6/7   |   To get a sense of the enormity of the C, RTA96-the crankshaft alone (seen here in a 10-cylinder configuration) weighs in at an astonishing 300 tons. 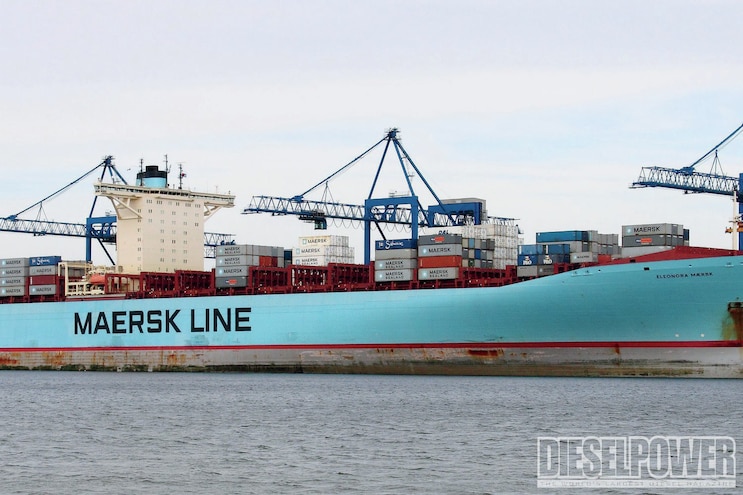