Jorge Castaneda is living the dream. He owns and operates his own custom shop in Northern California, and he makes sure to not take a single day for granted. “Building cars and trucks is my passion,” Jorge says. “I’m one of the lucky ones who can do it for a living, and I love every minute of it.”
Jorge sees a wide variety of makes and models pass through his garage doors, but when it came to choosing something to build for himself, he opted for a mini-truck. He picked up this previously modified Toyota but has put in long hours going through it and fine-tuning things his way. The truck was purchased at a fair price, so Jorge felt comfortable investing a little extra dough to bring it up to his standards.
“It’s such a different experience building a car for a customer and one for yourself,” he says. “Ever since I started this project, I’ve noticed how much less sleep I’ve been getting, but the day I got the truck running again made up for it.” Restless nights and seemingly endless out-of-pocket expenses take a toll on a shop owner—especially when the project isn’t geared at raking in a traditional source of income. The full-time hustle of moving enough work through the doors to keep the lights on is a real-life struggle, but so is making time to stop and do something for the sake of self satisfaction.
This truck is Jorge’s personal creative outlet, and you’ve only just begun to see where he’s taking it. “Without my wife, Marie, my daughters, and friend Roger, I wouldn’t have had this opportunity. Thank you.” 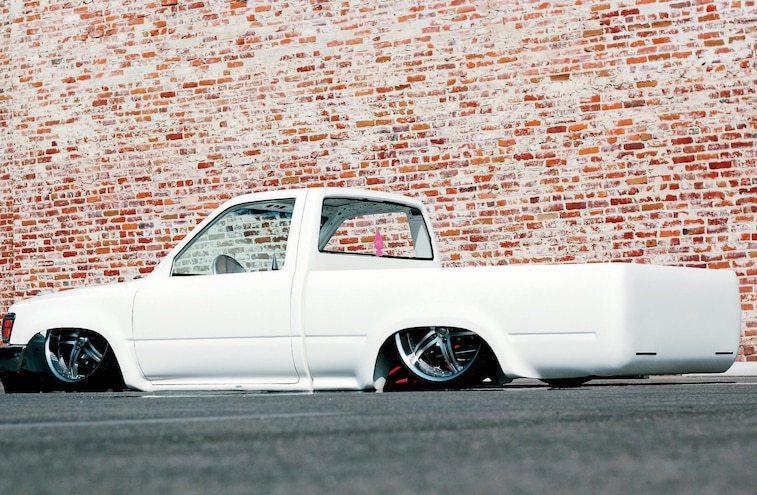