A Love and Hate Relationship That Keeps Going Strong

Matt Holden of Forney, Texas, tells us, “This truck means so much to me because I gained a strong group of friends and support with this build. They never let me give up on it.” That’s what friends are for, and Matt learned that lesson during the tough six months it took to take the truck from the stock black Avalanche he started with to the “Evil Camino,” as he calls the truck nowadays. Once he picked up the half truck/half sport utility, Matt figured he would create a custom four-door version of the truck the Avalanche was inspired by—the El Camino.
Wanting a custom truck that easily rested on the Texas tarmac, Matt looked for a shop to lay out his Chevy. His shop of choice was Phat Phabz, in Oklahoma City. There, Jake McKiddie warmed up the welders and relocated the upper control arms, installed a set of Airlift airbags, and created a two-link out back. Accuair was used to adjust the truck’s ride height, because as Matt jokingly says, “I’m lazy and I hate gauges.” A slammed suspension was just the starting point, as Matt also ordered a set of 24-inch Raceline Blast wheels and had them wrapped in Falken tires. Copper airline ensures longevity and a leak-free air-ride system, while 3/8-inch valves allow Matt full control of lowering the Avalanche slowly or quickly.

"The custom truck scene isn't about awards, it's really about friends and family." View Photo Gallery | 8 Photos
Photo 2/8   |   Tucked deep into the fenders, 24-inch Raceline Blast 6 wheels provide the hot-rod look Matt wanted.
After being driven down to Conroe, Texas, the Chevy was given a few body mods by the crew at Kustom Werx. The roof rack was shaved, as were all the holes in the tailgate. PPG black was used as a basecoat, and then Pat Maxwell stepped in and applied the graphics, complete with airbrushed skulls. The blacked-out grille matches the evil theme and really sets off the menacing frontend. One flip of the air switch rests the smoothed and painted running boards right on the pavement.
Inside the four doors, Matt installed an Alpine head unit, Sound Stream 1,200-watt amp, and two 10-inch Polk Audio subs in the midgate. Focal 6.5-inch components in each door provide the requisite mids and highs for a variety of music styles. The seats were wrapped in black leather and the dash was painted black to bring it all together.
Matt tells us, “The truck and I have a love-hate relationship. I hate it sometimes, and it loves to make me mad.” He was quick to thank his buddies who helped him along the way, his Negative Camber crew, and his family who always gave him support. 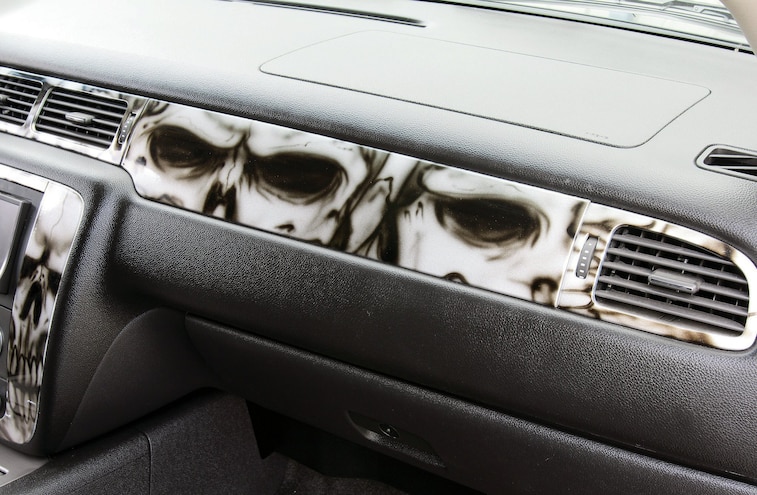 View Photo Gallery | 8 Photos
Photo 6/8   |   The dash was painted black to match the body, and the seats were even wrapped in black to complete the theme. 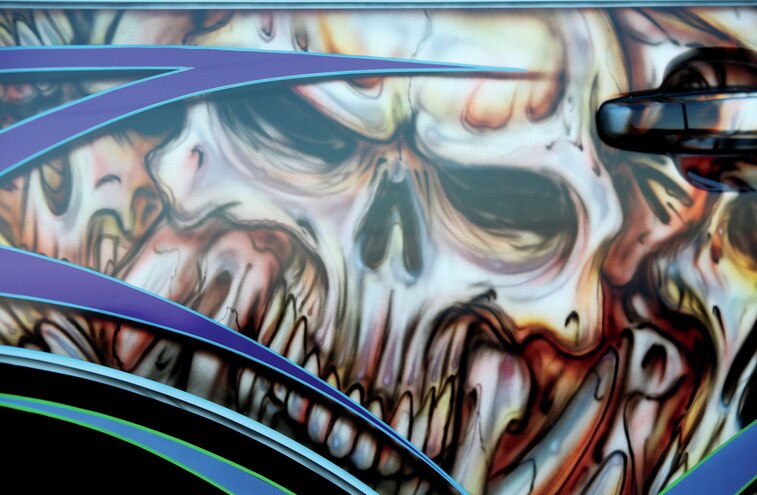 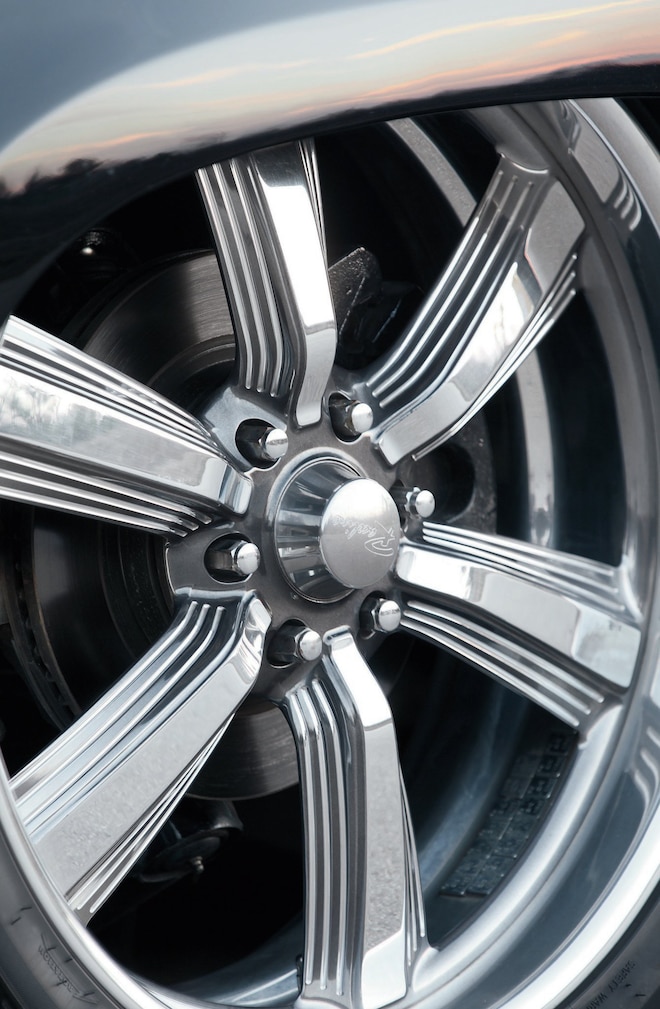 Truckin
Truckin
2002 Chevy Avalanche - OverDue
James Powell decided to go all out with his 2002 Chevy Avalanche after he discovered Jimmy's Rod & C...
Phil Gordon – Mar 27, 2016
Truck Trend
Truck Trend
03-06 Chevy Silverado/Avalanche Anzo LED Head Light Install
Upgrading front and back with some LED lamps by Anzo USA.
Calin Head – Jul 24, 2015
Truckin
Truckin
2003 Chevrolet Avalanche Supercharged Engine Build
While a naturally aspirated 408 LSx would have been good enough for the 2003 Chevrolet Avalanche, Gr...
Scott Parker – Jul 17, 2015
Truckin
Truckin
Swapping a 5.3L for a 408 - Part One
About the last place you want to find out that your 5.3L V-8 isn’t making the cut is in the mounta...
Scott Parker – Jan 23, 2015
Join Our FREE Truck Trend Network Newsletter