A Failure No More

So many things go unfinished in our everyday lives. The garage never seems to finish cleaning itself. That mountain of leaves can wait until next weekend to be raked, right? And that book you started reading that has way more words than pictures? Who has time for all that? We all have empty boxes on our checklists that are just begging to be X’d off, but getting around to them takes a little more time and effort than others.
Building a truck is a lot like tackling the mundane chores and honey do’s that pop up just about every day. Equal parts planning and work go into completing the job, but chances are, the only nagging you’ll hear when working on your truck will be coming from your own mouth begging your pals to come over to help. (P.S. You’ll still most likely hear wifey shouting from the house to get all the crap in the yard cleaned up—mind you, this is a real-life comparison, not a daydream). Luckily for a guy like Aaron Combs, he handled his big plans of having a quickly built show truck derailing from the tracks rather well, and his old lady has been right behind him to help finish his 1989 Ford Ranger—only pushing lightly, of course.  “Actually, the day before she had our son, we were at the body shop discussing price and paint options,” says Aaron. “What a way to spend your last child-free night, huh?” 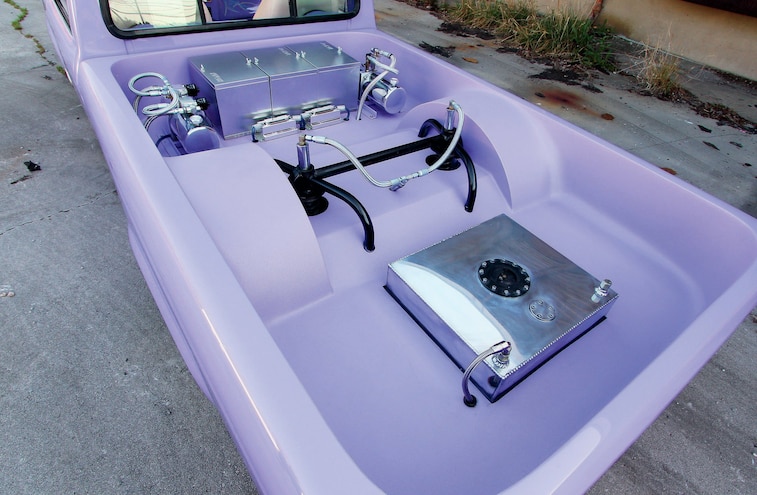