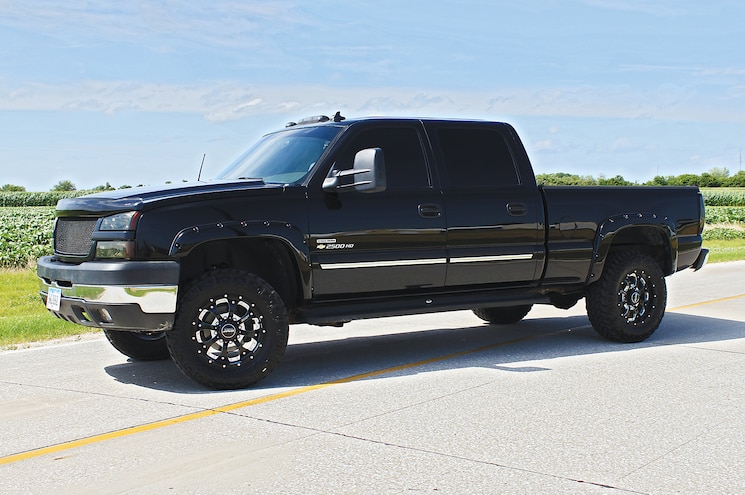 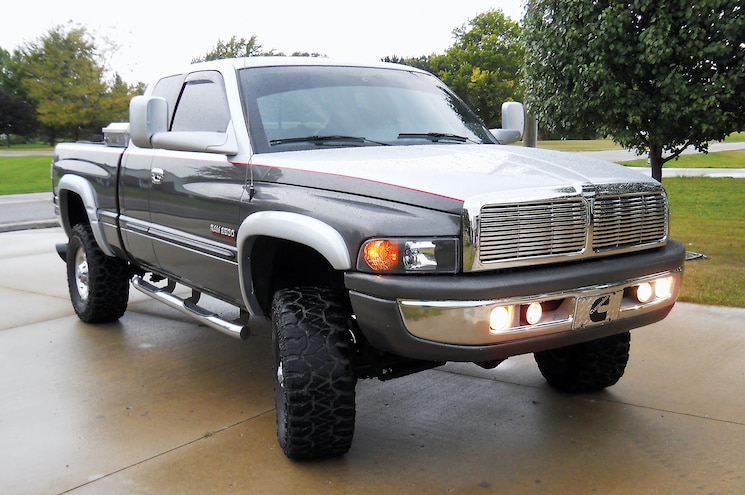 YEAR/MAKE/MODEL: 2002 Dodge Ram 2500
OWNER: Luke Hodge
HOMETOWN: Sweetser, Indiana
ODOMETER: 194,000 miles
FUEL ECONOMY: 18 to 24 mpg
ENGINE: 5.9L Cummins I-6
TRANSMISSION: 47RE
MODS: K&N air filter, 97hp injectors by Haisley Machine, 5-inch turbo-back exhaust with 10-inch Pypes tip, A-pillar pod with boost pressure and transmission temperature, custom paint, fender flares, aftermarket headlamps and taillamps, 20-inch American Eagle wheels, and Nitto Mud Grappler AT tires
OWNER SAYS: “This is my first diesel truck I have owned, and I will not go back to a gas truck. I’m still in the process of making more changes. This truck turns heads everywhere I drive it, based on its looks and the sound of its loud exhaust.” 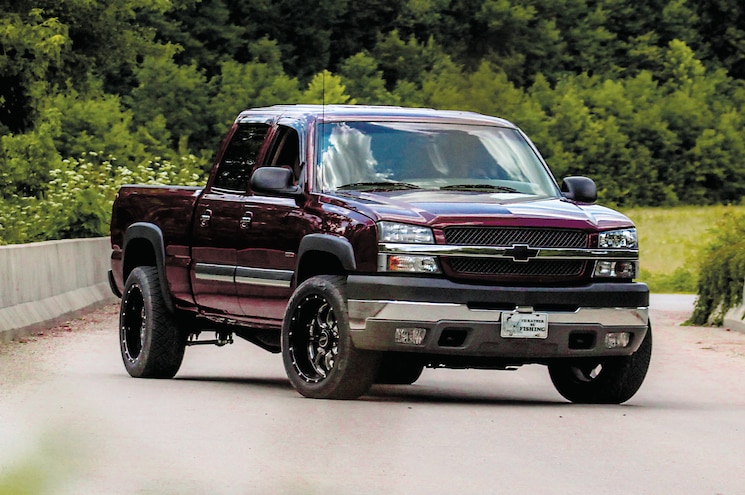 YEAR/MAKE/MODEL: 2003 Chevrolet Silverado 2500HD crew cab
OWNER: Blaine Walker
HOMETOWN: Unionville, Indiana
ODOMETER: 117,000 miles
FUEL ECONOMY: 18 to 23 mpg
ENGINE: 6.6L Duramax V-8
TRANSMISSION: Allison 1000 five-speed automatic
MODS: EFILive with a single “max effort” tune, ported air intake horn, PPE Boost Increase Valve, DHD 3-inch downpipe, 5-inch Diamond Eye exhaust, Sun Coast Gmax-5 transmission with Precision Industries Billet ML torque converter, AirDog II 200-gph lift pump, MA transfer case brace, Yukon Grizzly locker, CalTracs traction bars, Kryptonite tie rods and idler arm support, Cognito steering braces, suspension lowered 2½ inches front and 3 inches rear, 20x10-inch BMF Novakane wheels, and 285/50R20 Nitto NT420S tires
OWNER SAYS:“My grandpa passed the truck on to me in 2011 after having it since it was new in 2003. He was my inspiration to be a diesel tech. I blew out the stock Allison at 60,000 miles and knew it was time to build the truck I wanted. I love wrenching and do all the work myself, including the tuning. It’s virtually smokeless, and I’ve run with some trucks tuned by the best in the business. I live near a college town with a lot of muscle cars and exotics, and they always hate it when you pull away from them in a crew cab truck with a fishing plate on the front. I’m ready for a built motor and some twins. I’d like to see it in the four-digit power range in the next five years.” 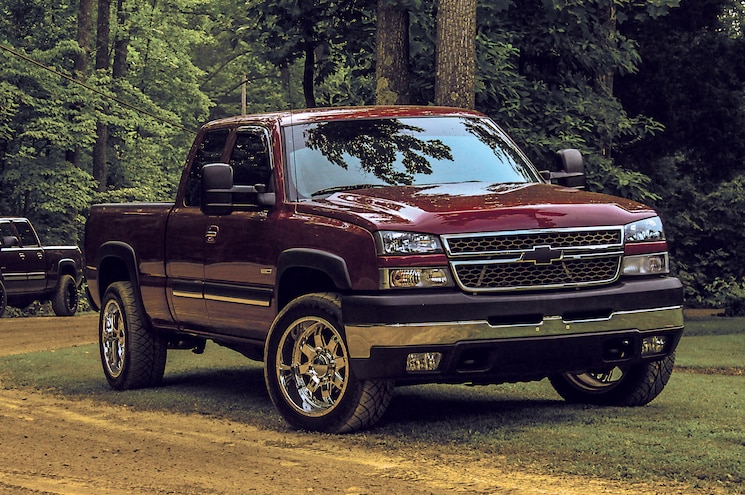 View Photo Gallery | 9 Photos
Photo 4/9   |   2005 Chevrolet Silverado 2500HD Extended Cab Front Three Quarter
YEAR/MAKE/MODEL: 2005 Chevrolet Silverado 2500HD extended cab
OWNER: Cameron Walker
HOMETOWN: Unionville, Indiana
ODOMETER: 92,000 miles
FUEL ECONOMY: 17 to 21 mpg
ENGINE: 6.6L Duramax V-8
TRANSMISSION: Allison 1000 five-speed automatic
MODS: EFILive with DSP5 tune, S&B intake horn, ARP head studs, Wagler Competition ported and polished heads, LML intake manifold, DHD 3-inch downpipe, 5-inch Flo-Pro exhaust, Sun Coast Gmax-5 transmission with Sun Coast 1058 torque converter, AirDog II 200-gph lift pump, MA transfer case brace, Yukon Grizzly locker, CalTracs traction bars, Rare Parts HD tie rods, Cognito steering braces, suspension lowered 2 inches front and 3 inches rear, 20x10-inch BMF R.E.P. R. wheels, and 85/50R20 Nitto NT420S tires
OWNER SAYS: “I bought the truck in the summer of 2013 after graduating high school. Shortly thereafter, parts started piling up. We covered all the basics and got it running like it should. This January, the head gaskets started leaking, and I took the truck to Wagler Competition to have it studded and got the port and polish done. The truck dyno’d 402 hp on a stock transmission, and I haven’t had a chance to get back on one since the transmission build and head work. It can be a money pit, but I love it and wouldn’t change it for anything. Keeping in the spirit of competition, it won’t be too far behind my brother’s truck and, hopefully, I’ll be out in front a few times.” 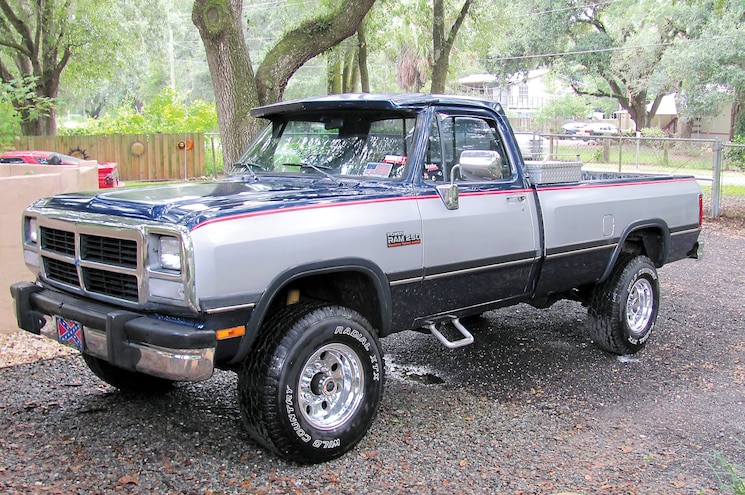 YEAR/MAKE/MODEL: 1990 Dodge Ram 250
OWNER: Mark Whittleton
HOMETOWN: Seffner, Florida
ODOMETER: 335,000-plus miles
FUEL ECONOMY: 16 to 20 mpg
ENGINE: 5.9L Cummins I-6
TRANSMISSION: A518 four-speed automatic transmission
MODS: Transmission built by Tim Moye Transmissions, Banks Power Stage 1 kit and injection pump rebuilt and “turned up” by Southeast Power Systems
OWNER SAYS: “I bought this truck from my friend at Broadway Tire in Tampa, Florida, in 1995. It had been the shop’s tire service truck for three years. I’ll probably never get rid of it. One wire makes it run, you can’t beat that!” 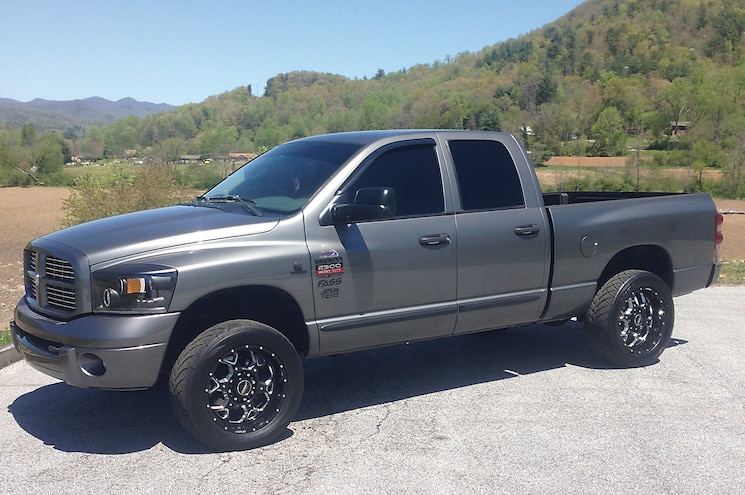 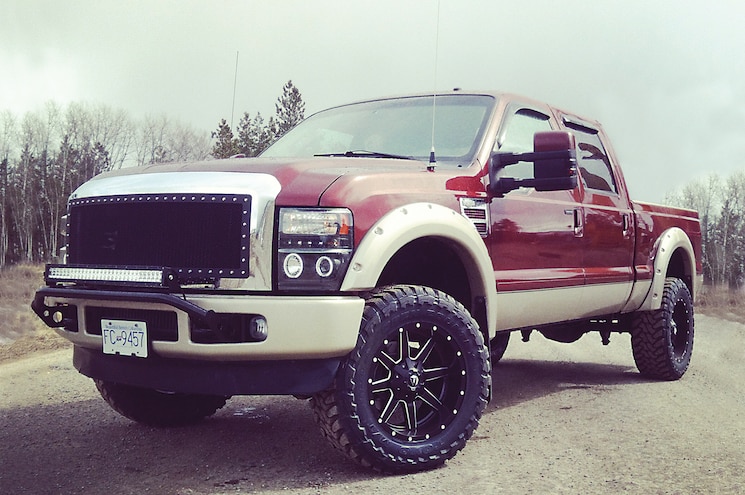 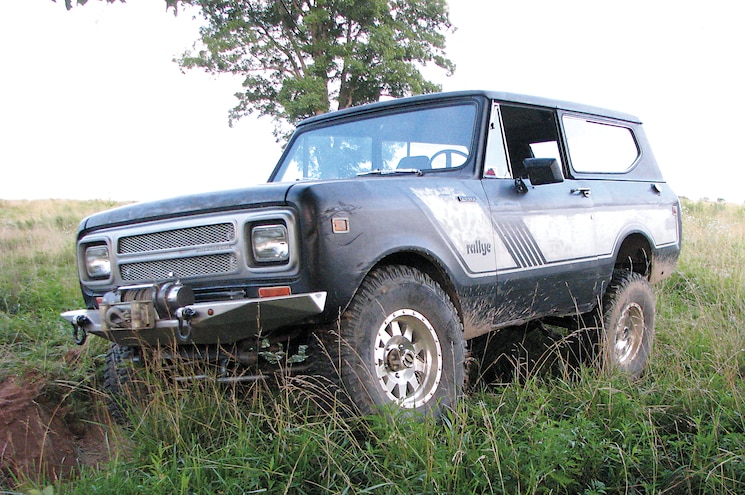 YEAR/MAKE/MODEL: 1980 International Scout II
OWNER: Todd St. Ledger
HOMETOWN: Ellery, Illinois
ODOMETER: 116,000 miles
FUEL ECONOMY: 20 to 24 mpg
ENGINE: 3.2L I-6 Nissan SD-33T
TRANSMISSION: T-19 wide-ratio fourspeed manual
MODS: 3-inch intake with Donaldson filter, 3-inch turbo-back custom exhaust, aluminum radiator, dual electric fans, coolant filter, spin-on fuel filter, 4-inch suspension lift, 285/75R16 TreadWright tires, 16x8-inch Method aluminum wheels, Warn locking hubs, custom front and rear bumpers, Warn winch, pyrometer, and lockers in the front and rear differentials
OWNER SAYS: “I have been a subscriber to Diesel Power for some time and enjoy reading the articles on newer and older diesels. This rig is not for show. The Scout gets driven on the street and the trail. There is nothing fast about it, but it is a joy to trail ride in or cruise down the highway. It has been on trails in Tennessee, Illinois, and Kentucky and has kept up with modified vehicles that are 30 years younger. I purchased it in stock form from a cattle farmer in the spring of 2011. I am trying to keep a retro look while keeping the Scout reliable anytime, anywhere.” 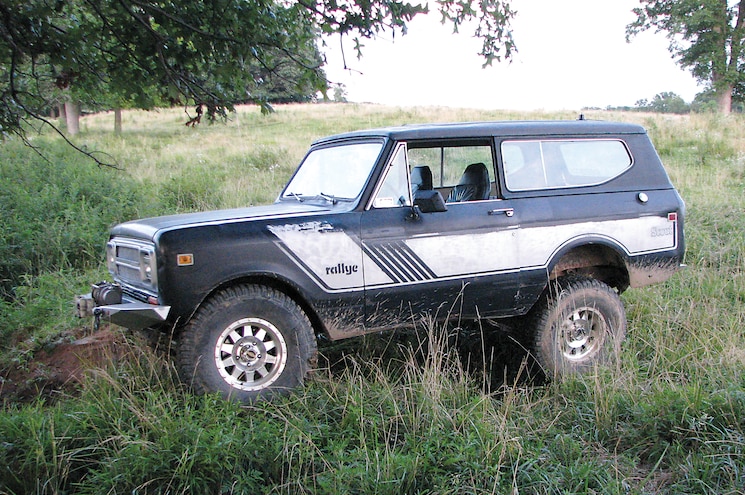 WE WANT TO PUT YOUR TRUCK IN DIESEL POWER MAGAZINE,but we need your help. Please send us a high-resolution photo (the original photo file from your camera or phone), along with all the information you see listed below -- plus anything else you’d like to tell us about your project. Send everything to dieselpowerrides@enthusiastnetwork.com, and you may make the cut. We can’t respond to all the emails we receive, but we read every single one.