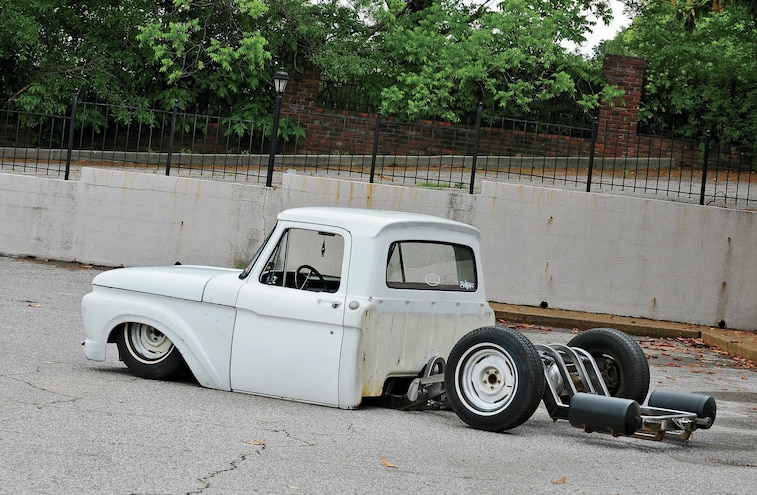 For 37-year-old Jordan White of Ontario, Canada, his passion for trucks began as a young child. He was brought up around race cars and muscle cars but there was always something about trucks that piqued his interest. His father owned a machine shop and Jordan spent much of his childhood learning how to use tools to fabricate and customize vehicles. He began building trucks for himself once he was able to drive and never looked back. “I have a serious truck addiction problem,” Jordan tells Truckin, “This is build No. 37.”
His 36th truck was a full feature truck he had built from the ground up. He crossed the Canadian border for the annual show in the United States called Camp & Drag. Unfortunately, some faulty wires shorted out and the truck caught on fire. He had been scheduled to be featured in a magazine but that never materialized because of the tragedy. Jordan knew he needed to come out even better with his next build. 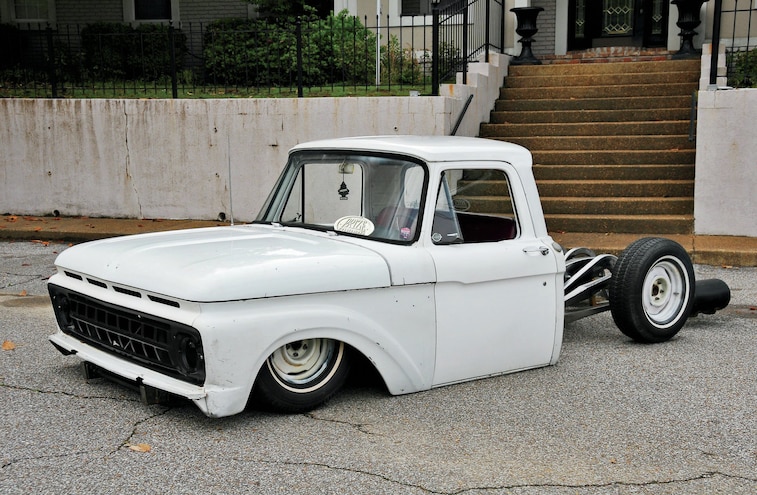 View Photo Gallery | 7 Photos
Photo 2/7   |   1965 Ford F100 Front View
No. 37 started when he found a ’65 Ford F-100 for sale on a local auto website. It was located in Arkansas and was owned by the original purchaser who had taken very good care of the truck. The original plan for the Ford was to be a daily driver with some small custom additions. The intent was to only use original Ford parts to customize onto the F-100, but he ran into some difficulty finding fullsize Ford spindles that would lay the oversized classic body on the ground. That’s when Jordan’s creativity took over.
A complete chassis was built, including a one-off front suspension upgrade. From there it snowballed into a much more unique build. Jordan built a custom spindle and control arm setup but it still hadn’t achieved what he had hoped. He turned to Max Fish from Bio Kustomz for advice. Max gave Jordan the guidance he needed to execute a suspension that was everything he wanted and expected. A rear Cantilever suspension was added using an 8.8 rearend and 3:73 gears. A full Accuair adjustable suspension kit was installed with four Slam ’bags and RideTech shocks. 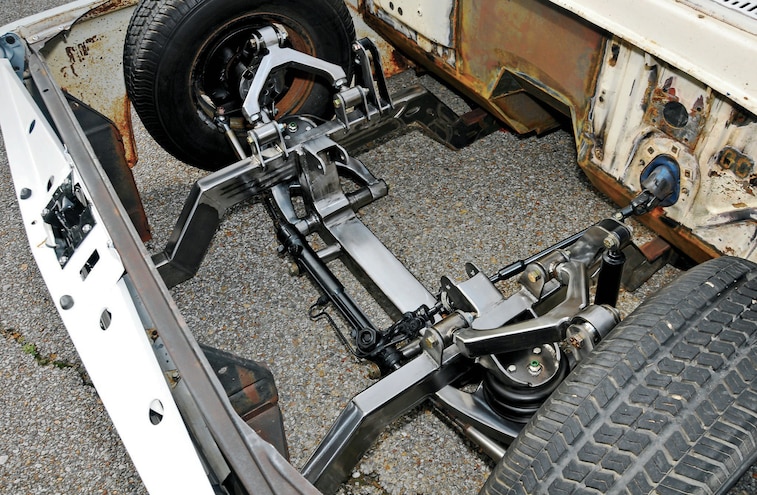 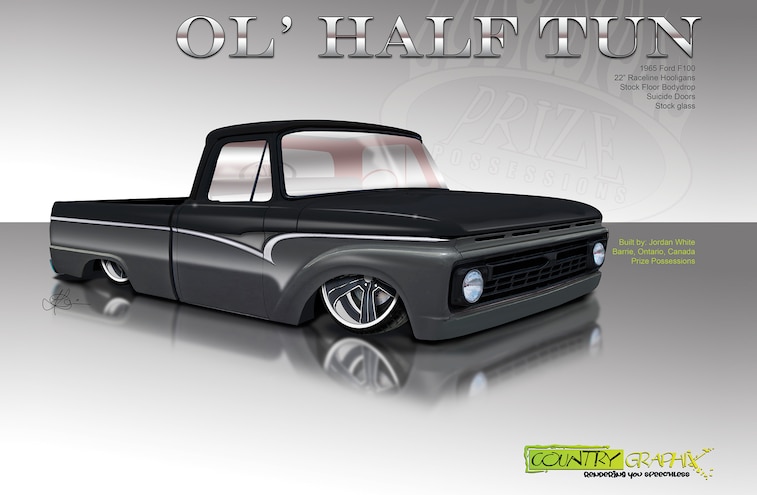