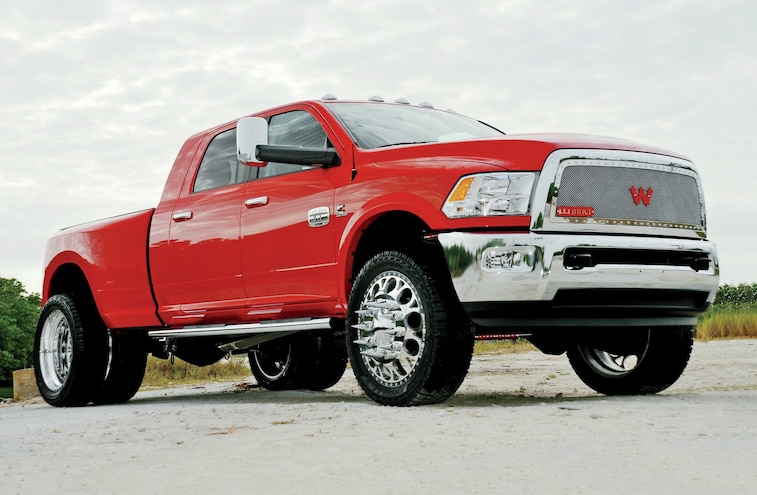 Not many people would make a purchase without first seeing what they were buying. Forty-five-year-old Todd Pelow of Marco Island, Florida, did just that. A longtime Ford truck guy born and raised in Buffalo, New York, he always had a Blue Oval. When a television ad came on about the new Ram Laramie Longhorn, Todd was smitten. He called around to dealerships but couldn’t find one anywhere. He finally tracked one down at the Tony Domiano dealership near Scranton, Pennsylvania, and bought it online without even seeing his new large purchase in person. 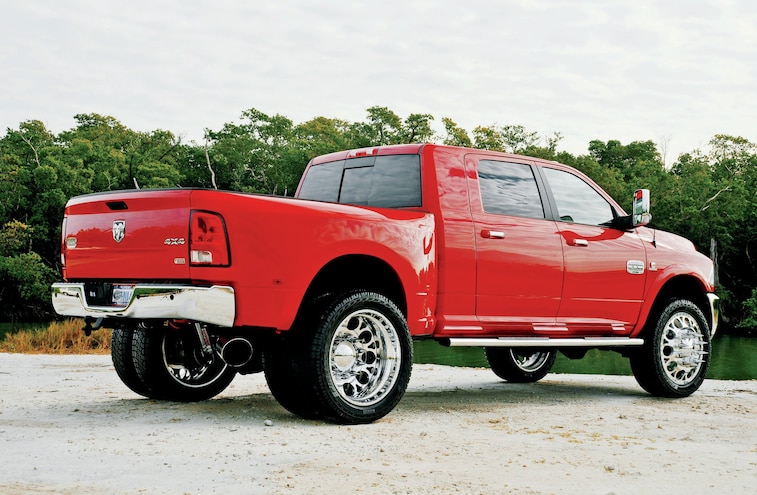 View Photo Gallery | 12 Photos
Photo 2/12   |   2012 Dodge Ram 1500 Side View
As CEO of a major Internet marketing company, Todd was fortunate enough to have some toys. After moving to Southwest Florida for perfect weather year-round, Todd decided to store some of his automotive collectables in a storage bay near Naples, Florida. In that same location was Wicked Customs, a business owned by Jordan Tadysak. Todd made his way over to Wicked and introduced himself. Within minutes, the two were talking about trucks, and the Ram Longhorn was discussed. And within weeks, the two collaborated to come up with many proposed alterations to the Longhorn.
The ’12 Ram 3500 Longhorn Mega Cab dualie already came with the 6.7L Cummins performance package, so not much was needed to upgrade this already-stout powerplant. Jordan went to work adding a unique suspension lift using custom parts he made himself. A 2.5-inch Wicked Customs suspension lift was added to the front using full coils color-matched to the exterior, along with a chrome and red steering stabilizer. The rear received chrome and red Wicked shocks, remote reservoirs, and a full Firestone airbag adjustable suspension to give the Ram a different leveled look at different times. A Wicked Customs suspension track bar was color-matched along with the sway bar. 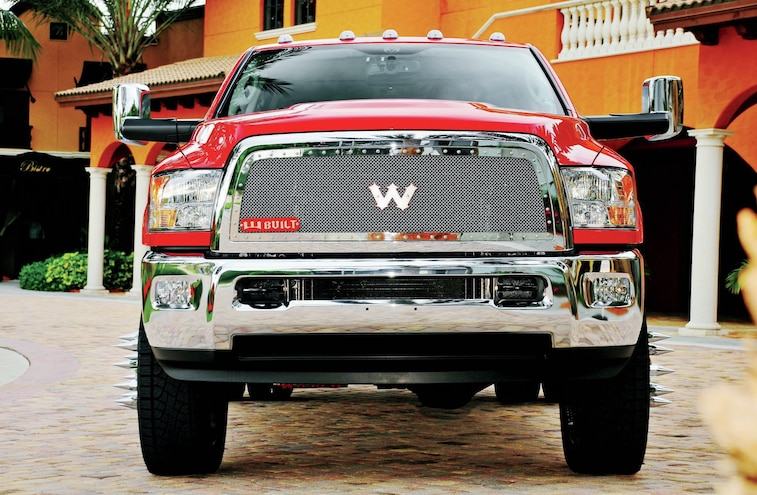 View Photo Gallery | 12 Photos
Photo 3/12   |   2012 Dodge Ram 1500 Front View
For the exterior, the crew at Wicked Customs added small custom details, including a new grille with custom emblems, an AMI stubbie antenna, and a four-bell HornBlasters train horn system with a 5-gallon color-matched tank and a 444C Viair compressor. A fifth-wheel slider hookup was added to the bed along with a spray-in bedliner for additional utility. When it came time to add wheels to the lifted Ram Longhorn, Todd chose 24-inch polished American Force Magnums with custom spikes wrapped in 35-inch Pirelli Scorpion ATR rubber.
Todd was beyond impressed when he saw the final product. His two sons Gavin and Von loved the truck so much that they named it “Big Red.” “I want to give thanks to everyone who helped me through the years,” Todd tells us. “The whole crew at Wicked Customs really helped me make this dream a reality.” 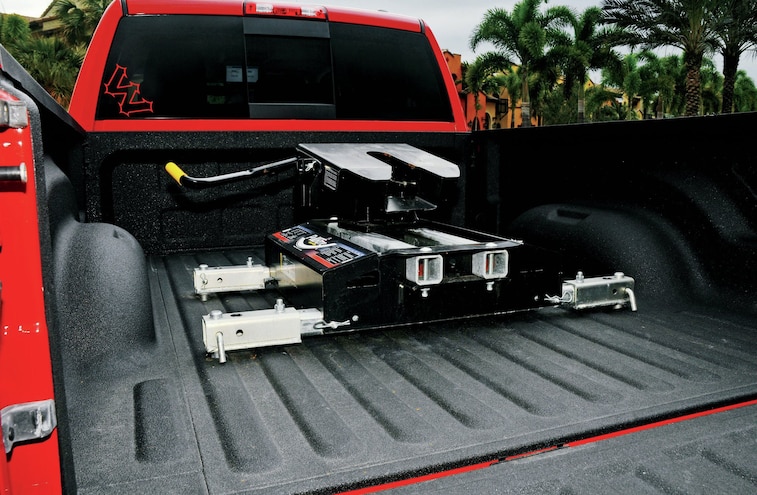