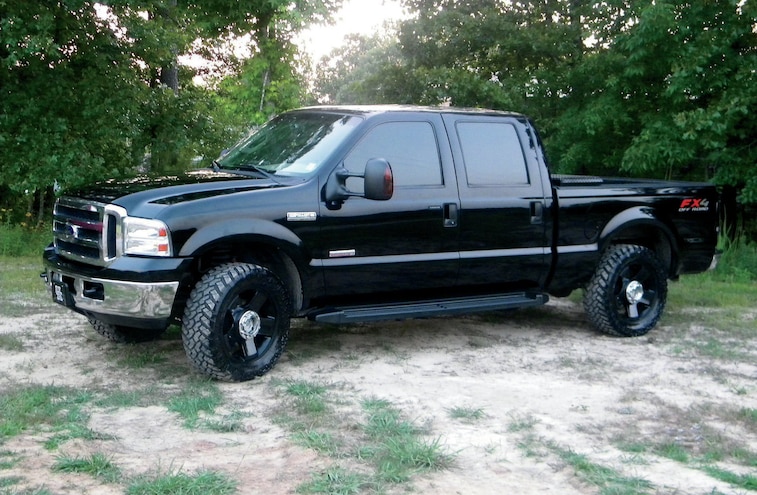 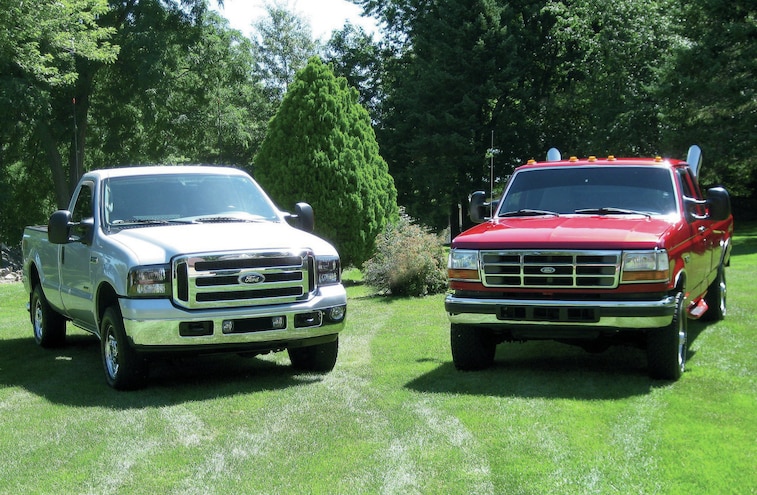 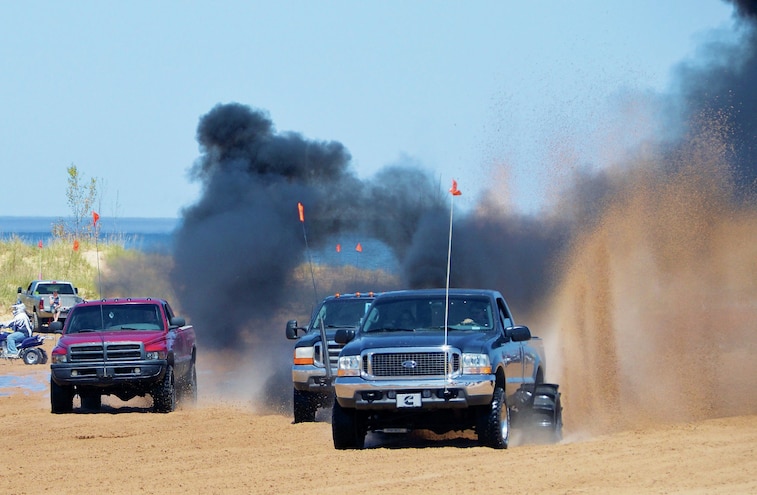 View Photo Gallery | 9 Photos
Photo 3/9   |   1999 Ford F 250
Never Done
Year/Make/Model: 2006 Chevrolet Silverado 2500HD
Owner: Jason Martinez
Hometown: Coeur d’Alene, Idaho
Engine: 6.6L Duramax V-8
Transmission: Allison 1000 five-speed automatic
Odometer: 88,000 miles
Modifications: DuramaxTuner.comSpade ACE programmer, Edge CTS Insight monitor, Garrett GT4094 turbo, Turbosmart blow-off valve, 40-percent-over injectors, ARP head studs, ADP fuel rail plug, ported fuel rails, MBRP intercooler pipe, Adrenaline Performance Y-bridge, MBRP downpipe, Magnaflow stainless steel 5-inch straight pipe exhaust with turndown, Flo-Pro 5x6-inch exhaust tip, Alligator Diesel Stage V transmission, ATS Five Star torque converter, PPE transmission cooler, ADP transmission lines, Fox Racing shocks, and AMP Research PowerSteps
Owner says: “My first venture into diesel power was with my friends during the early ’00s with a ’99 7.3L Power Stroke. We would go out on Friday and Saturday nights and beat up on the kids in Hondas. Eventually, I saved enough money to purchase my own first diesel, which was an ’01 Duramax LB7. This truck was fun to drive sitting at roughly 400 hp with basic mods, but I craved more power and ultimately a newer truck. That’s when I got the opportunity to trade up to my current ’06 LBZ Duramax. I read forums and Facebook groups, and I drove other trucks for countless hours trying to decide what my next upgrade would be. I settled on the GT4094 turbo and 40-percent-over injectors combo. I found this to be an incredibly fun setup to drive. Thanks to the tuning, the turbo will light almost instantly, and the sound that comes from the turbo is so good that I spend practically all my time driving with the windows down and radio off just to hear the sound of the turbo whistling away. I don’t know what the future holds for the truck, but if looking back at the past shows anything, you can count on it never being ‘done.’” 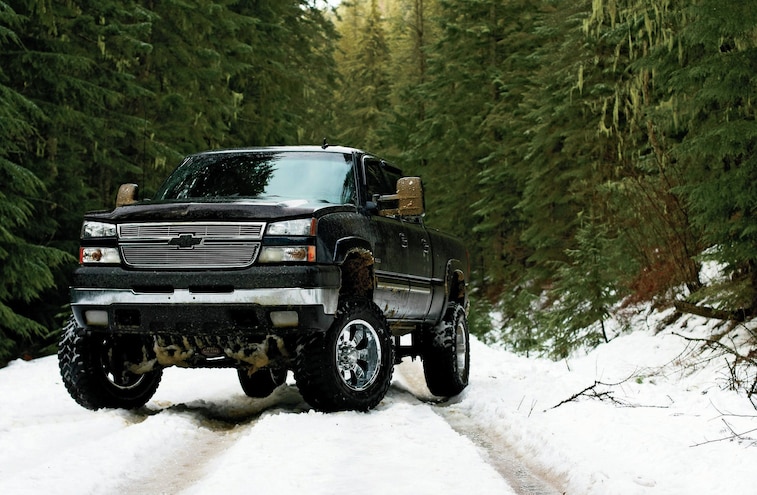 View Photo Gallery | 9 Photos
Photo 4/9   |   2006 Chevy Silverado 2500hd
Can’t Complain
Year/Make/Model: 1999 Ford F-350
Owner: Ricardo Esquivel Hometown: Tracy, California
Engine: 7.3L Power Stroke V-8
Transmission: 4R100 four-speed automatic
Odometer: 393,000 miles Fuel Economy: 13 mpg
Modifications: K&N cold-air intake, 4-inch turbo-back exhaust with 6-inch tip, and Rancho 9000 shocks
Owner says: “I have been a Ford guy all my life. I grew up with them and love them. I use this truck for everything from work to partying and vacationing. The only major problem I had was rebuilding the transmission. I fixed it up and now it’s running like new. I can’t complain about Power Strokes.” 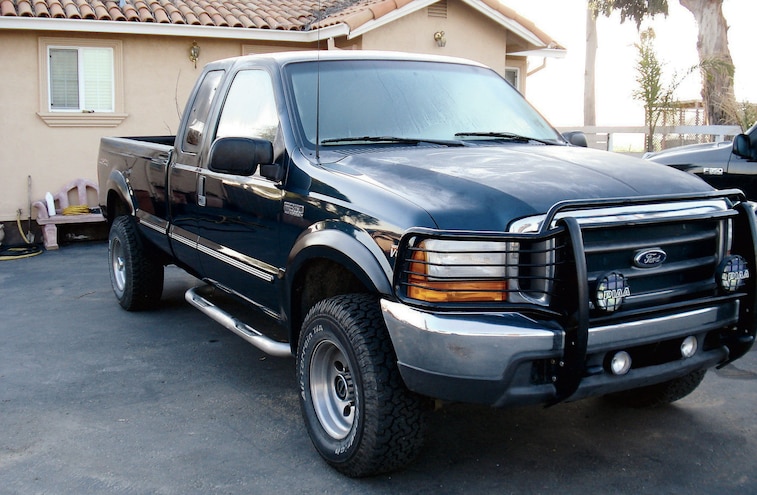 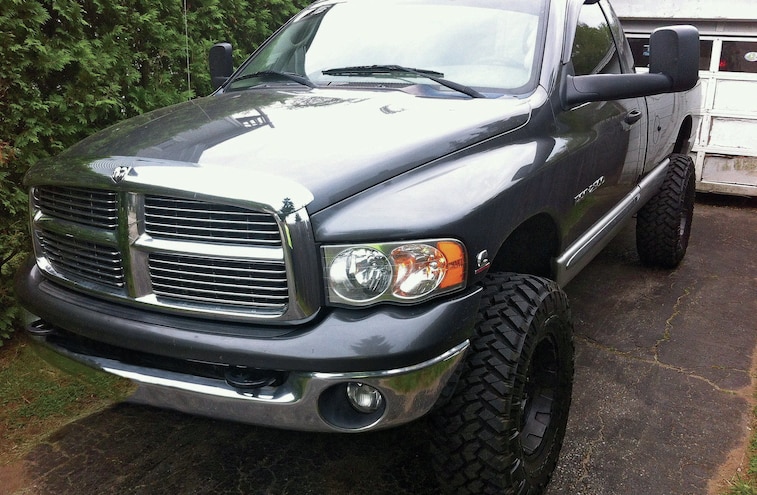 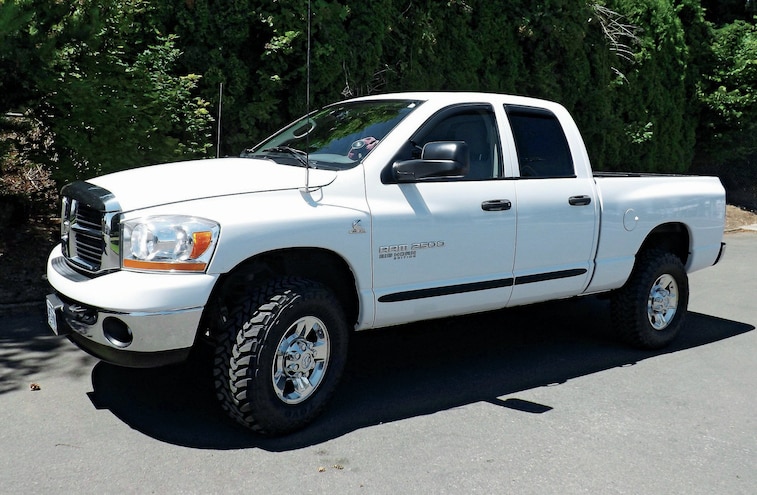 View Photo Gallery | 9 Photos
Photo 7/9   |   2006 Dodge Ram 2500
Welcome Home!
Year/Make/Model: 1999 Ford F-250
Owner: SFC Michael F. Sass
Hometown: Streator, Illinois
Engine: 7.3L Power Stroke V-8
Transmission: 4R100 four-speed automatic
Odometer: 184,000 miles
Fuel Economy: 15 to 16 mpg
Modifications: TS Performance six-position chip, K&N air filter, Garrett turbocharger upgrade, 4-inch turbo-back exhaust, GlowShift gauges, MST chrome wheels, and 35-inch Bridgestone Dueler A/T tires
Owner says: “I recently returned from a combat tour in Ghazni, Afghanistan, and served proudly as a Sergeant First Class with the Illinois Army National Guard alongside our NATO Polish Army counterpart. I was in Iraq from 2004 to 2005, and I was hooked on Mustangs and purchased an ’02 Mustang GT upon return (which I still have).  However, on this deployment (2012 to 2013), I consistently read Diesel Power cover to cover, and I picked up copies at Bagram Airfield or had them sent to me from Illinois. In Afghanistan everything is diesel. I drove a diesel Toyota Hilux from time to time and rode in various MRAP Army vehicles. When I returned home, I purchased this ’99 Ford F-250 with a 7.3L Power Stroke.” 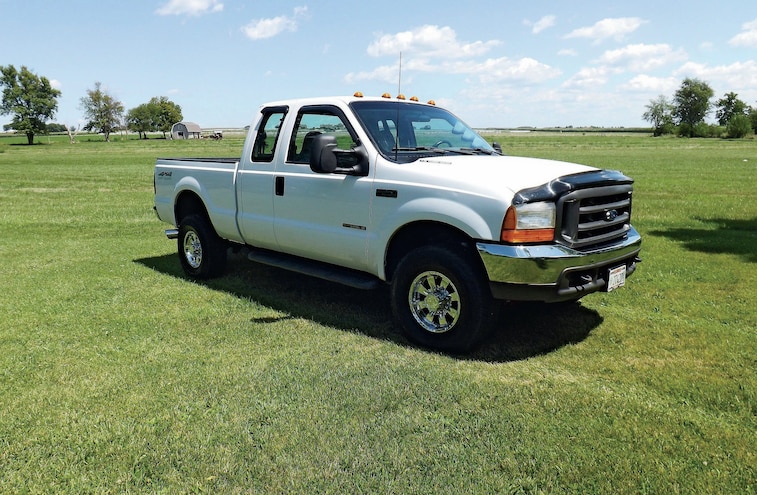 View Photo Gallery | 9 Photos
Photo 9/9   |   2006 Ford F 250
Send us your diesel
We want to put your truck in Diesel Power magazine, but we need your help. Please send us a high-resolution photo (the original photo file from your camera or phone), along with all the information you see listed below—plus anything else you’d like to tell us about your project. Send everything to dieselpowerrides@enthusiastnetwork.com, and you may make the cut. We can’t respond to all the emails we receive, but we read every single one.