The Dirty Queen B 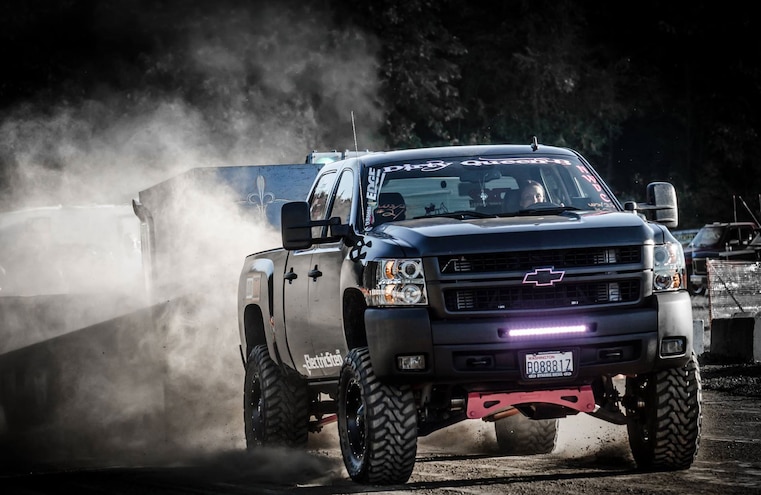 Alisha Duke’s ’09 Chevrolet Silverado 2500HD started life innocently enough, as a fitting minivan alternative, shuttling her children to and from school and soccer practice. With a passion for performance and love of trucks, Alisha set out to learn all she could about the world of competitive sled pulling. Then, in 2014, it was time to take her shot at competing in this male-dominated world. 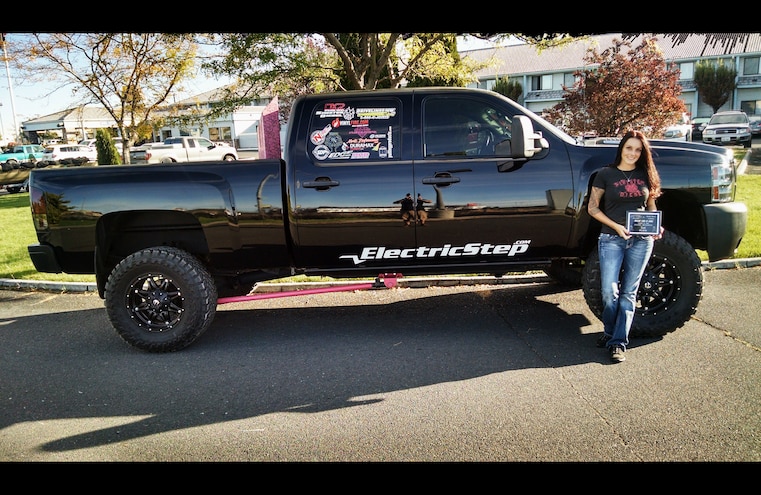 View Photo Gallery | 8 Photos
Photo 2/8   |   2009 Chevy Silverado 2500 Side Shot
Turning to her good friend Steve Hill and shop Dynamic Diesel, Alisha worked to build her truck into one capable of a solid podium finish at each competition. Halfway through her first season, Alisha discovered her tuner switch hadn’t been functioning. With that fixed, she went on to an undefeated second half—even when competing in the class above hers. With an incredible first year behind her, Alisha needed to decide where to go next. She chose to bump up to the 2.5-inch-inducer Class, which meant adding a lot more power. 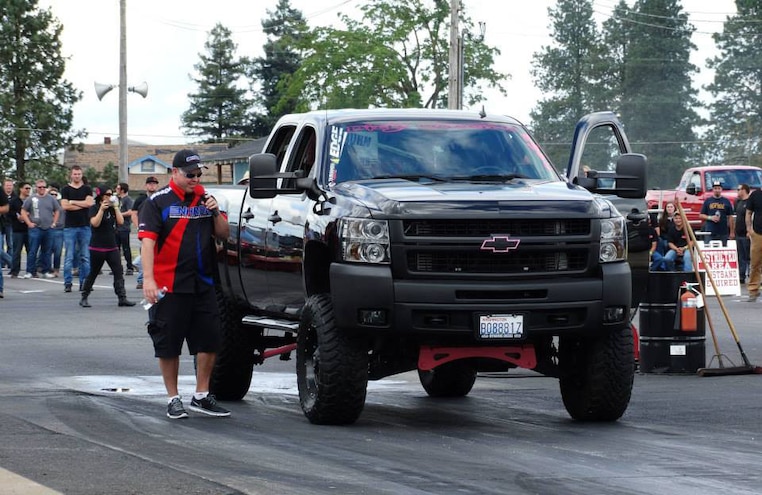 View Photo Gallery | 8 Photos
Photo 3/8   |   2009 Chevy Silverado 2500 On Track
To support the new power she was planning to make, the stock Allison transmission needed a rebuild. Alisha called on Chris Rosscup and Deviant Race Parts to build a solid Stage 5 slushbox, complete with a triple-disc torque converter and all new internals. A Fleece Performance AlliLocker is used to control torque converter lockup. Next, the steering received an upgrade with a solid centerlink and tie rods from Kryptonite, Xtreme idler support bracket and frame gussets, Cognito idler and pitman arm supports, and a Moog Problem Solver pitman arm. The front axle is fortified with nearly indestructible halfshafts and CV joints built by Mertz Performance, and an ARB pneumatic locking differential is stuffed in the centersection. Keeping the power moving to the ground is a 0.250-inch Sonnax driveshaft from Drivelines NW. Making sure plenty of fuel is available are a set of 40-percent-over injectors from Alligator Performance, a FASS Titanium 150-gph lift pump, and a Sinister Diesel sump. Things remain relatively unchanged under the hood—for now—except for a new set of performance tunes from Duramaxtuner.com. Alisha plans to run the 2015 with this configuration and, if need be, an upsized turbo is next on the list.
Alisha describes herself as just your average wife and mom, though she is much more than that. She is a strong woman and a fighter, having beaten cancer less than a year ago. She is extremely passionate about the sport of sled pulling and the diesel performance industry as a whole, and she actively seeks to learn all she can about every aspect of it. It’s the kindness and willingness of Alisha’s family, friends, and sponsors that make competing—and winning— such a joy. She’s looking forward to another great season of showing the boys how sled pulling is done in the Northwest. 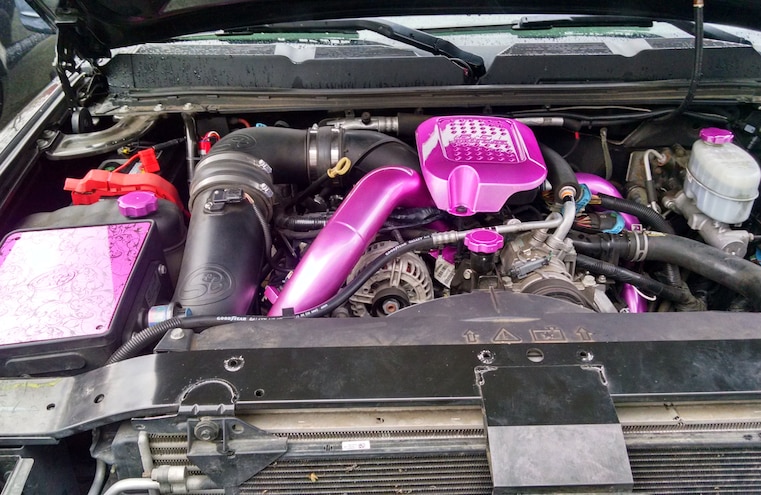 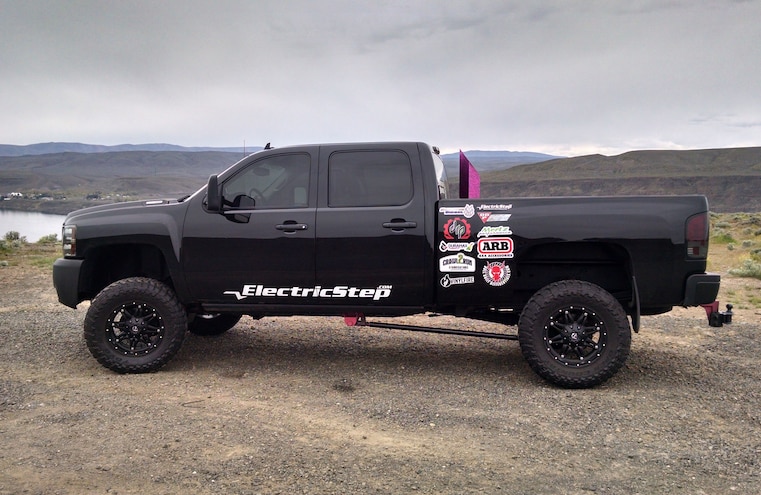