Pinned to the Mat for Life 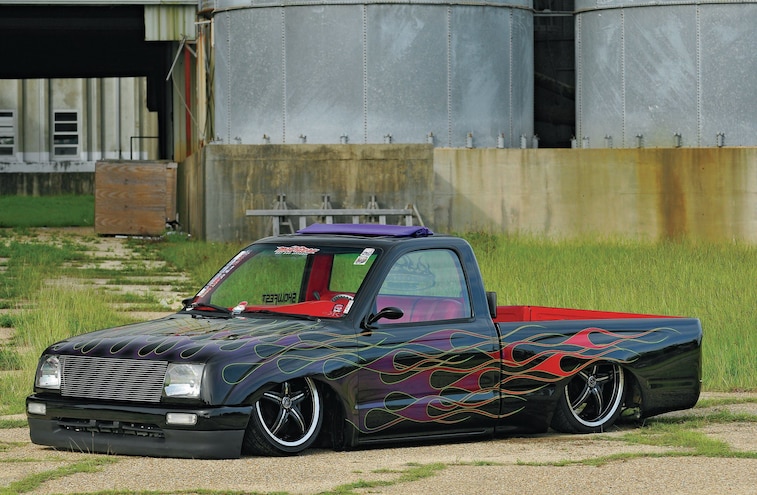 Your sense of nostalgia is one of those things that instantaneously brings you back to days gone by. Many people experience nostalgia through smells, tastes, or certain visions. For 35-year-old Justin Miller of Saint Rose, Louisiana, his form of nostalgia is building trucks. “I remember when I was about 12 years old and my father was building hot rods,” Justin tells us. “I learned to rebuild an old Chevy from the ground up.” His choice in vehicles quickly shifted from hot rods to trucks when he got his very first Chevy C10.
At 15, Justin was forced to face the toughest situation any young kid could. His father suddenly died, leaving Justin with a huge responsibility. He began taking over the household duties and caring for his family while maintaining his love for trucks the best he could. 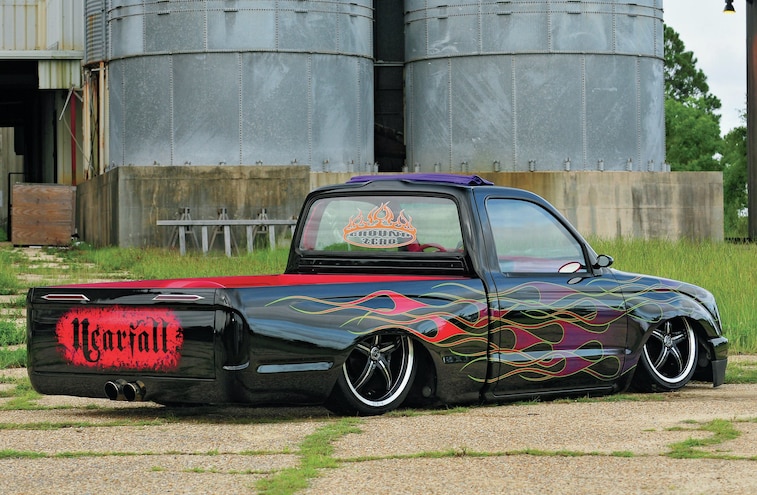 View Photo Gallery | 6 Photos
Photo 2/6   |   Bagged 1996 Toyota Tacoma Rear Three Quarter
Now a union iron worker and raising his young son, Brayden, Justin had the hopes of teaching his son about building trucks just like he had from his father. He had the idea to purchase a truck and build it together with him, so he traded his Chevy Suburban for a ’96 Toyota Tacoma. His son fell in love its sleek body style, so he knew it was the perfect match.
The first step was bringing the Toyota down to the ground. Upper and lower ’bag mounts were built and shock mounts were relocated. For the rear, a four-link was built and installed. The rear end was narrowed 2 inches. The Millers then added 2,500-pound Dominator ’bags to the front suspension and Dominator 2,600-pound ’bags to the rear. Half-inch airlines were run throughout the Tacoma with Parker valves. Two Viair 450s make sure the Toyota lifts and lowers without hesitation. Justin credits Art Busche from Irving, Texas, for much of the stellar work. 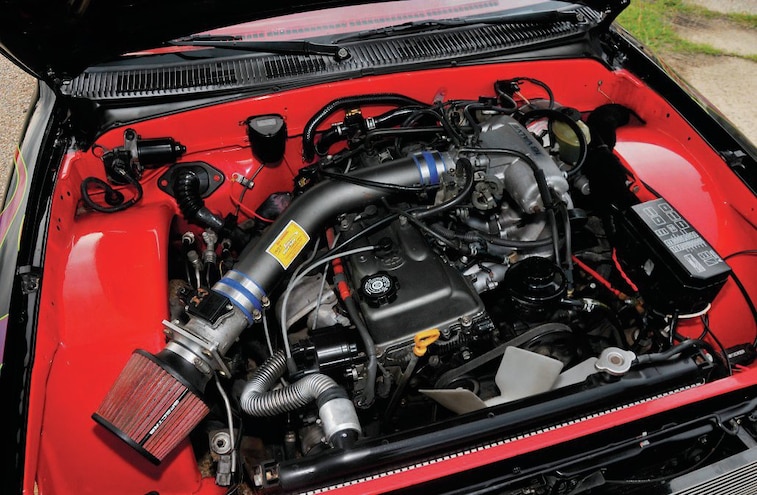 View Photo Gallery | 6 Photos
Photo 3/6   |   1996 Toyota Tacoma 22re Engine
For the cabin, Justin and Brayden custom-made door panels with the help of Salvadore in Fort Gibson, Oklahoma. The doors even incorporate part of Justin’s KIK T-shirt. A Mazda B2200 bench seat was added and covered in bright red leather, and the dashboard was coated in red paint. Speaker pods were built into the door panels with lime green piping. The next step was to add some custom music to the mini. They enlisted Car Toys in Tulsa, where they installed four Rockford Fosgate 8-inch P3 shallow subwoofers behind the seats. A pro series set of components was added to the doors, and a Kenwood head unit was mounted. 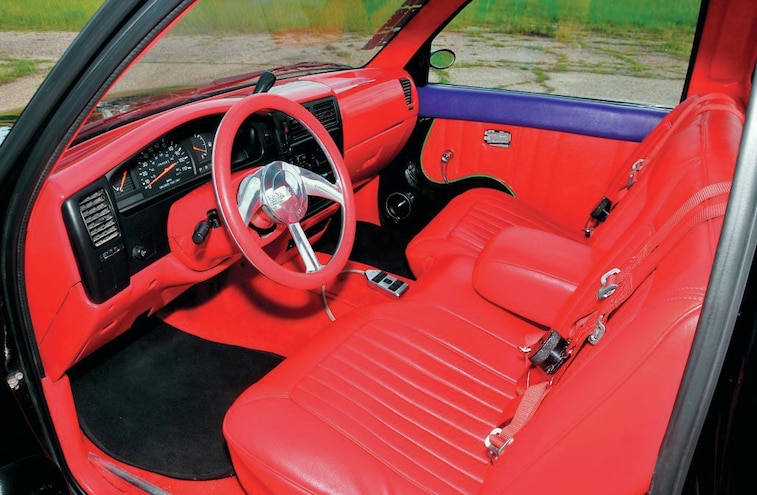 View Photo Gallery | 6 Photos
Photo 4/6   |   Bagged 1996 Toyota Tacoma Interior
When it came time to alter the exterior appearance, Justin and Brayden brought the Toyota to Unique Collision in Tulsa. The taillights were shaved along with the door handles and front markers. A custom roll pan was added with exhaust cutouts, and a sliding rag and a LED third brake light were installed. Finally, Lil’ Toot laid down intense flames throughout the black base. Lime green pinstriping was added to really make the flames pop.
Justin’s son, Brayden, is a very successful wrestler in school, so when his father asked him to put a name on the newly built Toyota, he decided to give it the name Nearfall. A Nearfall is a wrestling move in which an opponent pins both shoulders to the mat to score a win in the match. It’s Brayden’s favorite move, and Justin, as a proud father, carries on his winning ways into the show scene. 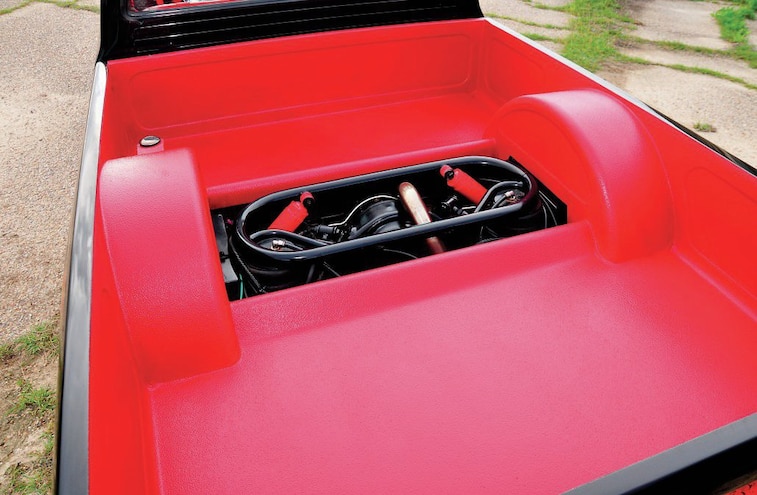