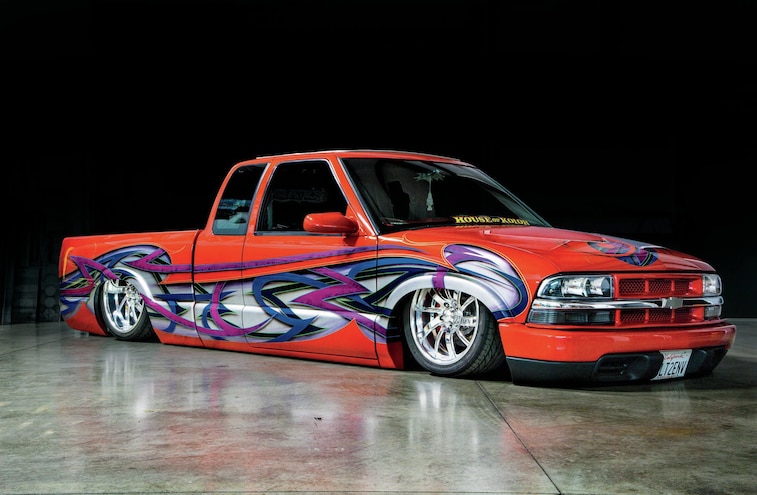 Can you really take a truck that was meant for the scrap yard and turn it into a show-winning vehicle? With the help of some close friends and a decent pocketbook Jack Frith did just that. His 2000 Chevrolet S-10 is the prime example of what can be done if you want something bad enough. Jack bought the truck, or lack thereof, back in March 2010 for a mere $900. His goal was to make it a reliable daily driver so he could cruise around town and hit up local shows and cruise nights. Like many of us these simple goals turn into something a lot bigger and for Jack that was SEMA 2014. 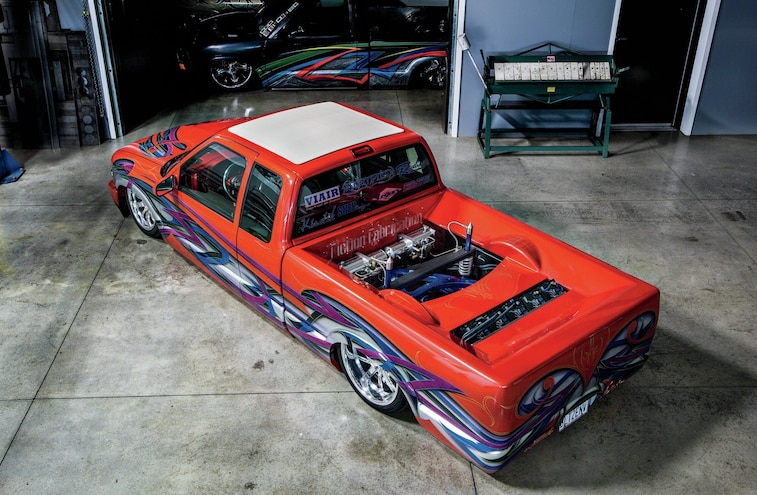 View Photo Gallery | 8 Photos
Photo 2/8   |   2000 Chevrolet S 10 Rear Driver Side
What began as a scrap pile quickly turned into a roller. To start out he had the front clip boxed and reinforced for hydraulics. Custom cups made by MacGyver suspension were installed along with Thorbecke Bros upper and lower control arms and MMW no-notch tie rods. The rear got plenty of attention from Jack's own shop Fiction Fabrication. They used a CNC flat plate wishbone three-link to keep the rear axle from moving along with a coilover hydraulic setup. Fox 2.0 shocks were installed to dampen the ride. They also custom made a CNC battery rack that houses five Kinetik 1800 batteries and hard lined the whole setup. To access the suspension components quickly they put the entire bed on an air setup that tilts it up for ease of service. 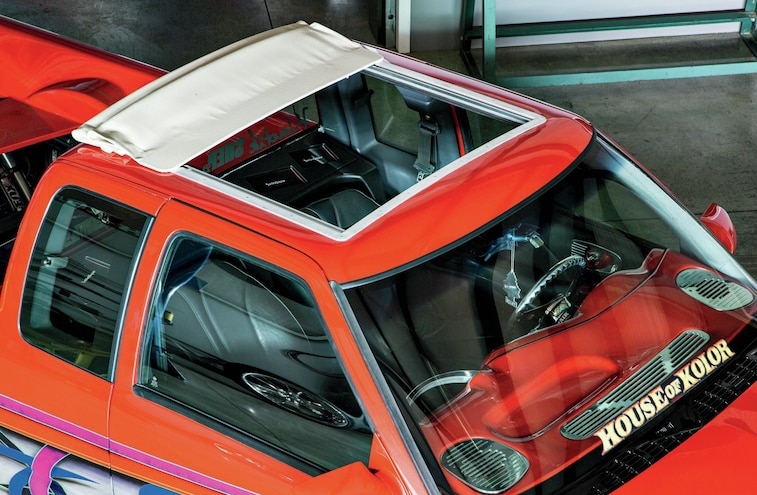 View Photo Gallery | 8 Photos
Photo 3/8   |   2000 Chevrolet S 10 Sun Roof
Once the suspension was dialed in they moved on to the body modifications. They completely reworked the bed with custom sheetmetal and laser cut Jack's shop logo on the front wall to make sure anyone looking into the bed knew that Fiction Fabrication were the ones who worked their magic. They called upon AVS and got 12-inch flush-mount taillights installed onto the AVS Cali Combo skin for that smooth look. To keep that LED theme going they installed a custom third brake light—because in California we must abide by the law. Once everything else they didn't want was smoothed over they called upon the infamous Kal Koncepts to lay down their signature mixture of House of Kolor paints and pearls to make sure this mini stands out. 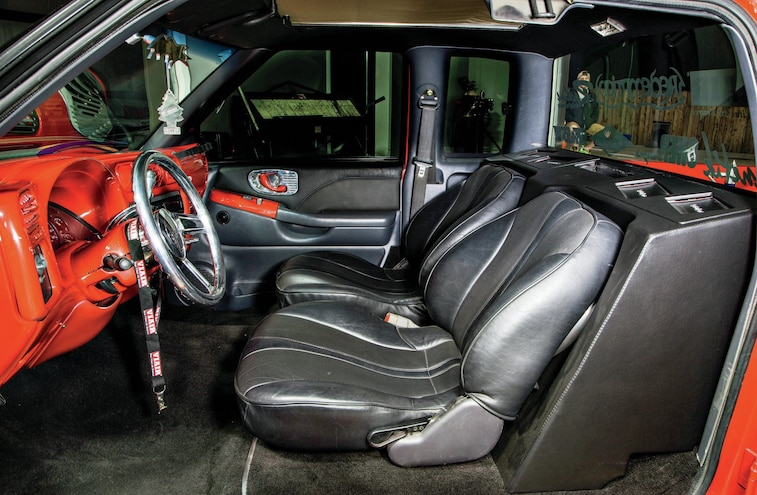 View Photo Gallery | 8 Photos
Photo 4/8   |   2000 Chevrolet S 10 Interior
The interior of the truck was next on the list, and like the outside of the truck it was heavily modified. Chevy Cavalier bucket seats were chopped down 3 inches, then were upholstered and installed. Rockford Fosgate components were installed everywhere, including the custom enclosure in the extended cab. To power all the speakers they installed four Rockford Fosgate amplifiers. All of this sound escapes the truck easily via a 35x40-inch Legacy Products ragtop. A Raceline steering wheel that matches the 20x10 Raceline Challenger wheels was installed to top everything off.
Under the hood is a factory 4.3L GM V-6 that was completely rebuilt and powdercoated. Waitformeperformance.com was the go-to place to make sure all unwanted items were deleted. Topping it all off, a set of custom inner fenders were installed and smoothed to perfection. 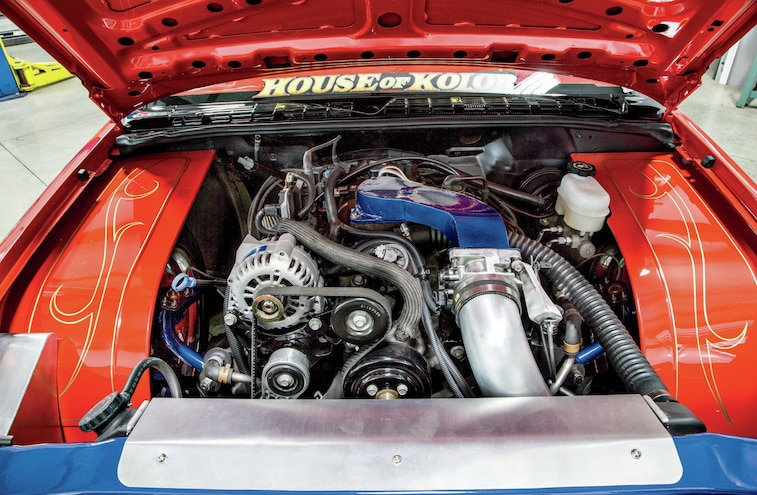