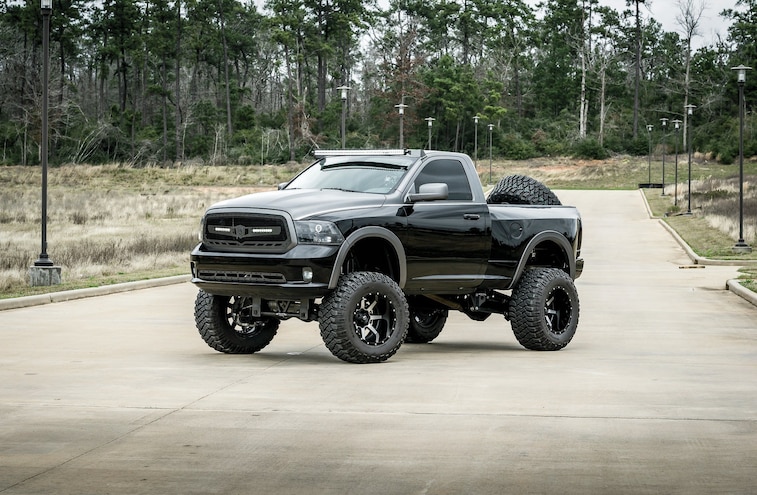 Many custom build projects start out with just a simple idea. Sometimes it’s just a passing thought of what could be, or what should be. Time spent staring at the blank canvas of a new truck brings to mind all that could be with engine upgrades, body mods, paint schemes, as well as wheel and tire options. The inspiration for this build came from the idea of what once was an option when buying a truck, but now is no longer available.
Stepside beds were offered up not all that long ago, until they fell out of style and were no longer produced. As Brian Fields of Keg Media wondered aloud one day why they don’t produce stepside trucks anymore, the idea grew into something larger. The decision was quickly made to build a stepside ’13 Ram 1500 that received a custom-built lift and a whole host of unique touches to really make this build stand out. What started out as just a simple question of “what if?” became so much more when it was completed. An idea quickly became a plan, and that plan was quickly put into action. 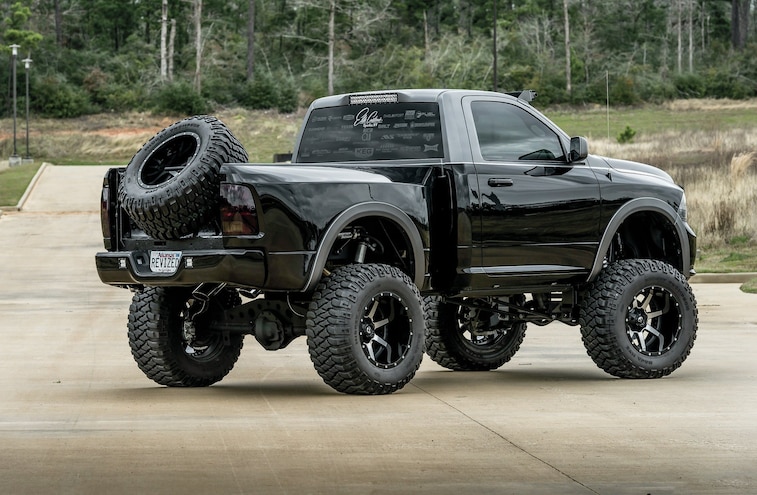 View Photo Gallery | 11 Photos
Photo 2/11   |   Lifted Single Cab 2013 Ram 1500 Rear Three Quarter
A call was made to Bulletproof Suspension to order up a 12-inch lift for the 1500, and had to be custom made for this build as no such kit existed off the shelf. A set of Bulletproof 2.5-inch coilover springs with custom coilover hoops were also installed in the front as well as a set of Bulletproof steering stabilizers. The rear received a custom adjustable four-link system with 1.25-inch Heim joints along with beefy custom coilover hoops that received a set of Bulletproof 2.5-inch coilovers and springs. A custom rear axle truss was built and welded in to give the diff the strength it needed to carry this beast up and over anything in its path. A build like this deserved a proper way to roll around and that was handled by a set of 20x14 Fuel Mavericks that had 38x15.5R20 Mickey Thompson Baja MTZs mounted up to them.
The 5.7L powerplant came out of the factory plenty fast but still received a S&B Filters cold air intake, a Trinity Tuner from DiabloSport, as a camshaft from COMP Cams gives it a little more power and a 3-inch Borla Exhaust lets it breathe a little easier. With all that newfound power and altitude from the lift, a set of R1 Concepts slotted rotors and pads with extended steel brake lines were installed to help slow it down. 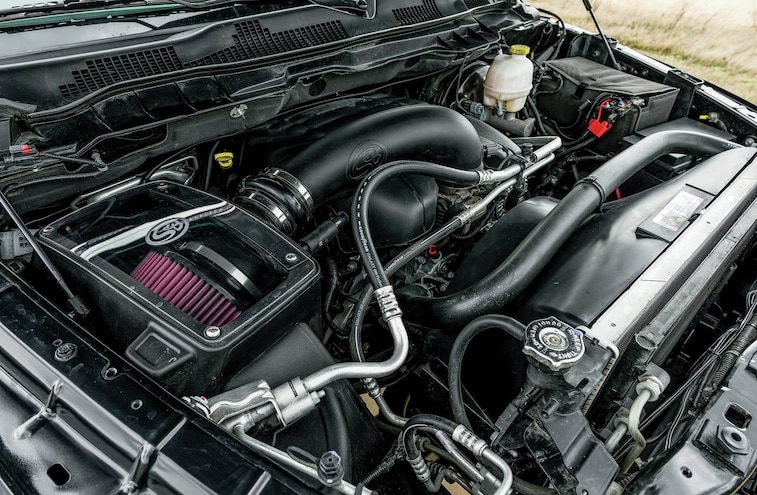 View Photo Gallery | 11 Photos
Photo 3/11   |   Single Cab 2013 Ram 1500 Hemi
As the body is where this kernel of inspiration grew out of, that is where the truck received the most work. The crew at Elite Customs had their work cut out for them, and cut they did! They started by sectioning the bed floor 21 inches down the center and brought the two halves together. Elite then reshaped the bedsides to create a one-step stepside that started directly behind the rear of the cab and extended all the way to the custom-built bumper that included custom shaped plastics to retain that factory look. Even the gas filler location was kept as close to stock as possible. Keeping with the stock look but custom feel, the third brake light was replaced with a 12-inch OLB lightbar that was frenched in to match the original location. Bushwacker RAM OE fender flares were added and a set of smoked taillights were installed to complete the rear.
Moving to the front of the truck, the headlights were retrofitted with a set of OLB light cubes with high beams and projectors as well as halos to, once again, give the appearance of a factory look. Gravel Empire provided a grille but not just any old grille, a KEG Media special edition to stick out as the one thing that is decidedly not stock. Once all the reshaping was done, the truck got sprayed in a two-tone scheme with matte charcoal over gloss black and brushed silver trim. While Reno Paint Mart provided the paint, Elite Customs also did the spraying so that made them a one-stop shop for this build. Inside, the cab was dressed up a little with the addition of Alea black leather with silver stitching that was a one-off design to match the front grille. Elite then went through the interior and painted the interior plastics to match the outside paint scheme.
With ideas like this just floating around, let’s hope that the boys over at KEG Media do not slow down in any way. Who knows what they will come up with next. 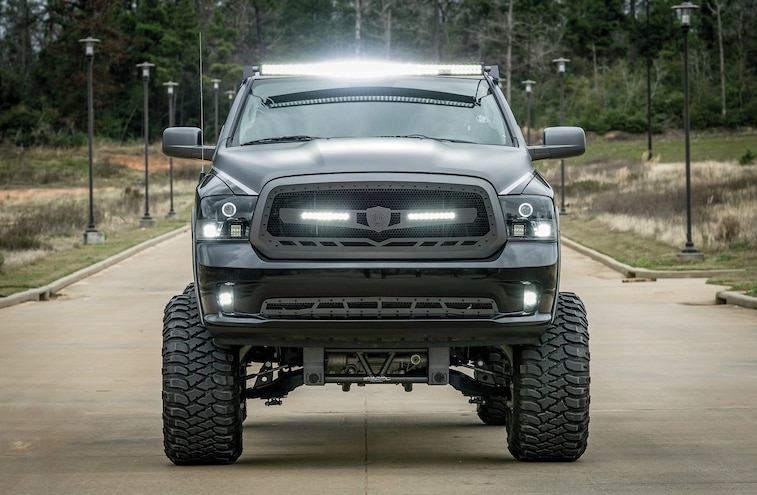 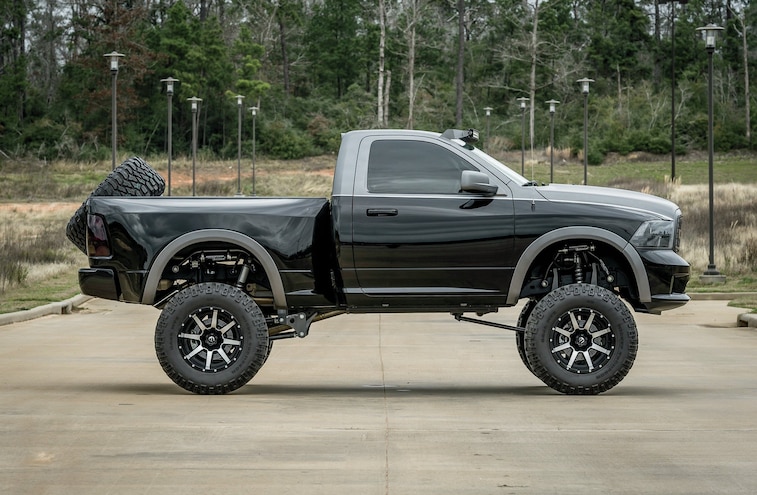