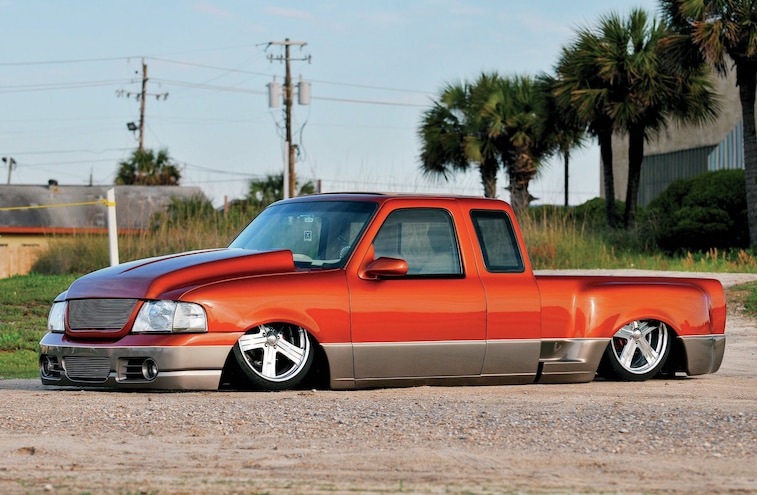 The term resurrection means to bring something back to life. Although it wasn’t quite dead, 29-year-old Jeremy “Skeeter” Price took a neglected mini-truck build and epitomized the word with his accomplishment of the Ranger you see here. View Photo Gallery | 7 Photos
Photo 2/7   |   Bagged 1995 Ford Ranger Rear Three Quarter
As a young boy, Skeeter accompanied his father to car and truck shows. He had an affinity toward the lowered trucks, specifically mini-trucks. When he turned 16 he and his father built a shop at home where they could work on trucks together. The truck roster was pretty stacked with all types and styles of trucks owned by Skeeter. Some had air suspension and some had hydraulics, but in his own mind he never really found the perfect truck.
Skeeter was browsing through online truck ads and came across a truck he absolutely fell in love with. The truck was a ’95 Ford Ranger and was located a couple hours from Panama City, Florida, where Skeeter lives. He called the owner and found out he had a baby on the way and just didn’t have time for the neglected Ranger. Skeeter grabbed his Vital Signs truck club president, Doug Augustine, and the two hit the road with a trailer. 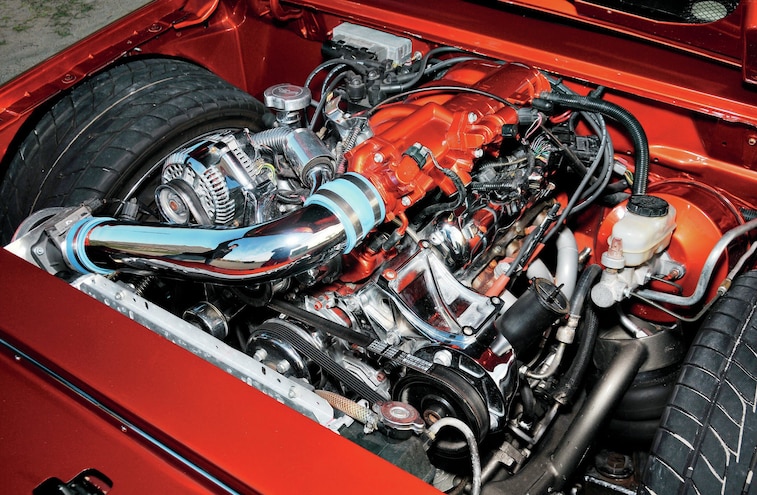 View Photo Gallery | 7 Photos
Photo 3/7   |   4 0l V6 Engine
After Skeeter got the Ranger home, he and his friend Andrew gutted the original air-ride suspension for a new updated Accuair E-Level kit. They constructed stainless steel hard lines for a much cleaner look to the rearend. Skeeter got with his friend Brandon, and the Ranger was given a two-tone paintjob with a DuPont Tangerine Pearl coat on the top and a DuPont Light Khaki Silver on the bottom. The next step was when Skeeter and Vital Signs member Rodney Newton removed the custom interior that had previously been installed and reworked it, adding a fiberglass center console and new speaker pods on the door panels. Skeeter enlisted Martin Fountain of Soulless Innovations to build a custom polished fuel cell to fit in the factory location due to the smaller area once laid out.
Skeeter wishes to thank everyone involved in the build and rebuild including his Vital Signs club members, Soulless Innovations, Brandon Castle, Rodney Newton, and most importantly his loving parents who gave him the inspiration to never give up and keep reaching until you grab what you want. It took a true vision and passion to take someone else’s neglected possession and make it something unique and his own, a true resurrection. 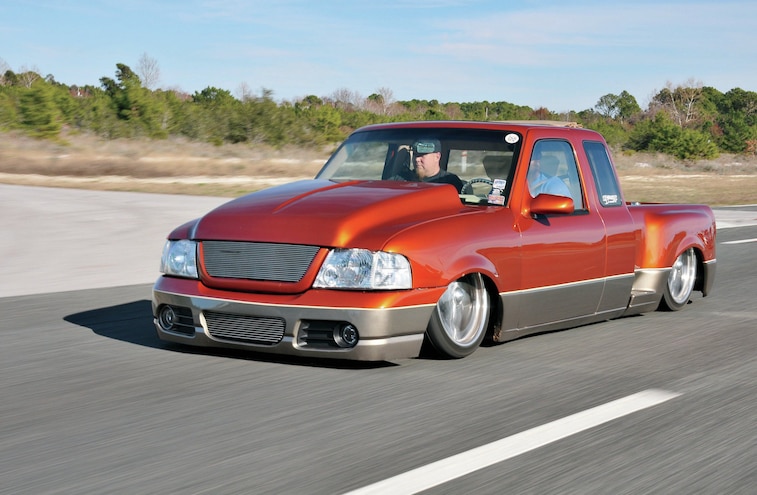