Ford F-150 Lightning vs the World 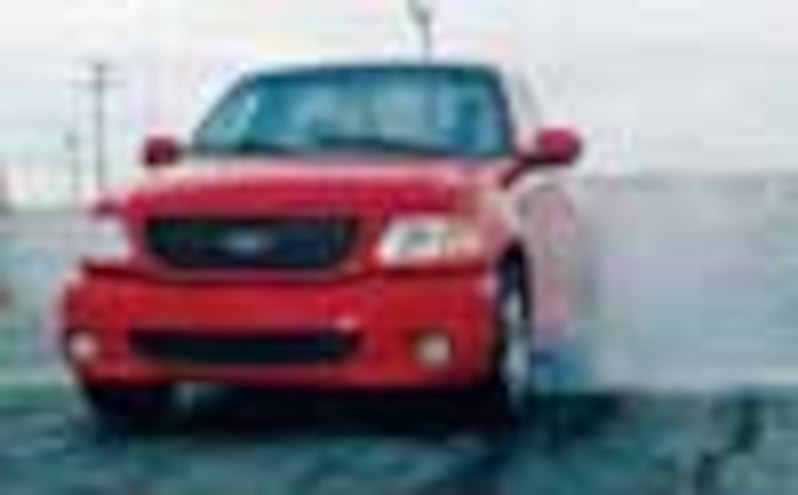 Everybody loves to brag about whos got the fastest vehicle, but its not often that they get a chance to prove it. No one loves doing this as much as the Ford Lightning enthusiasts. Yes, Lightnings are fast, and many owners have even contacted us to find out ways to improve upon their power and quickness. Some have tried using various computer chips to improve performance, while others have installed nitrous oxide systems and other combinations of components.

Everyone says their Lightning ran quicker than a Corvette, or that they smoked an SS Camaro the other day. But just how fast are some of these trucks? We wanted to find out, so we contacted several Lightning owners through F-150 Online (f-150online.com), one of the more popular sights for Ford pickup and Lightning performance. The four owners we selected had vehicles ranging from stock to modified, and a couple even had 100+ horsepower nitrous oxide systems on them.

For comparison, we opted to also have the quickest musclecars available: a Mustang, a Viper, and a Camaro. We also asked Chevrolet to provide us with a Z06 Corvette, but they thought it would be unfair and not to the Corvettes advantage. Nevertheless, Gary Head, uncle of our technical editor, Calin Head, brought out his 01 Dodge Viper to see if the Lightnings were any faster. David Kupcinet of Encino, California, brought out his 99 Mustang Cobra, and David Hovet of Van Nuys, California, wanted a piece of the action and brought his 99 SS Camaro. These gentlemen stepped up to the challenge and also wanted to see what their vehicles were capable of on a closed course. How did they compare with our Lightnings? We found that although an experienced Lightning owner can beat some of these vehicles off the line, it takes some minor modifications to equal the power of these modern American musclecars.

Although quarter-mile times could have been better in cooler temperatures, we did prove a couple of things. One is that the Lightning hauls ass with a nitrous oxide kit. Furthermore, with some minor modificationssuch as a chip and some air duct adjustmentsthe Lightnings performance can match or exceed that of some lighter-weight musclecars. Keep in mind that some of these musclecars are nice to drive and no matter how much you modify a Lightning, it is not a Viper. Nevertheless, you cant carry a Harley Davidson in the back of your Viper and you cant tow a pair of jet skis or a boat to the river with your SS Camaro.

We were very impressed with the performance of all the vehicles, and this trend towards getting the Lightning to run faster is definitely not over. Neither is our testing and comparisons of the Lightnings with other vehicles and with new aftermarket components to make them go faster.

- OF
By Dan Sanchez
28 Articles