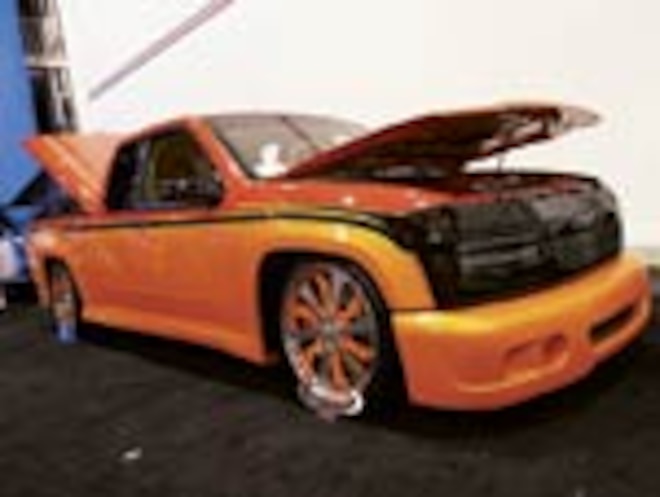 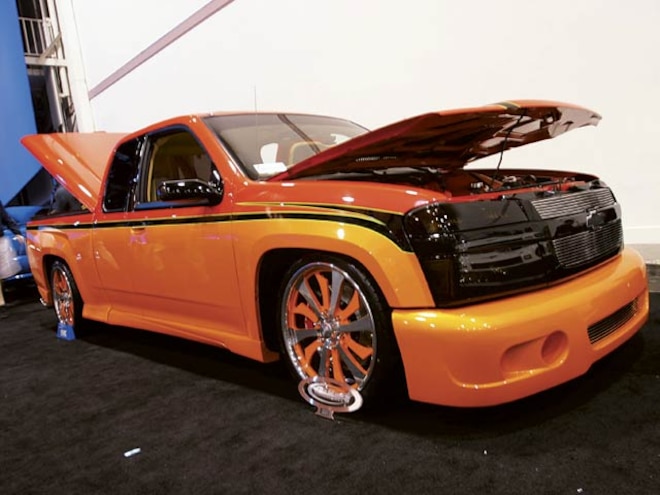 View Photo Gallery | 61 Photos
Photo 2/61   |   Trent Van Arsdalen showed his Colorado project. The paint was sweet, but Trent's interior work just has to be seen in person to be appreciated.
If you're new to the industry, or just getting into the truck scene, then the words Specialty Equipment Market Association may not mean a whole lot to you. To the rest of us, however, SEMA is the biggest word in the business. For nearly four decades, SEMA has been at the forefront of the aftermarket, not only bringing the industry together, but fighting to keep us together as well by battling the political monkeys in Washington, DC.
Each year, SEMA invites its member base of more than 100,000 and the press to invade Sin City for nearly a full week of never-before-seen aftermarket products as well as thousands of custom vehicles, both inside and outside the Las Vegas Convention Center. The analogy of a kid in a candy store doesn't even come close to cutting it, since this particular candy store is more than 2 million square feet and the candy inside boasts price tags well into the six-figure range. 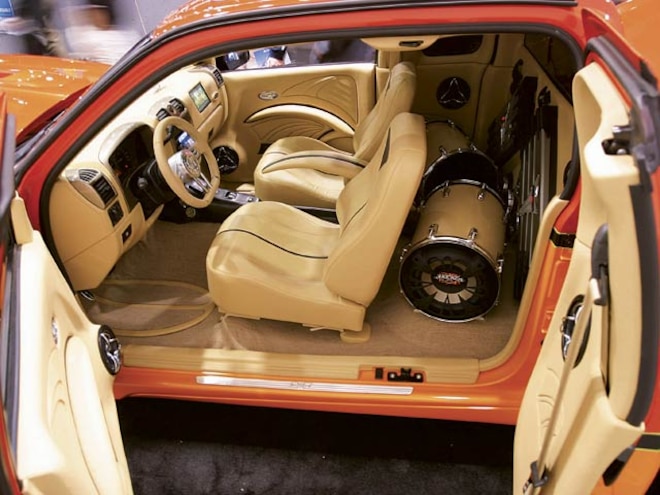 View Photo Gallery | 61 Photos
Photo 3/61   |   chevrolet Colorado interior View
Vehicles ranging from Rick Dore's gorgeous 1930's coup to RAW's body-dropped Ford F-150 on 22s graced the interior of the Center Hall, while the outside of the convention center was home to the airbrush work of Mickey Harris, which engulfed every inch of a monster-size Chevy with scenes of war, peace, and American heritage -- a poignant reminder of our recent history.
Unfortunately, for diehard truck enthusiasts, this wasn't their year, as this was undoubtedly the year of the musclecar. Mustangs, Magnums, and Hemi-powered Chrysler 300Cs were a dominant force within the halls of the convention center. However, several of Nissan's redesigned Frontiers as well as Chevy Colorados were able to break up the mix. Those who can remember last year's truck inundation can take it all in stride, though. 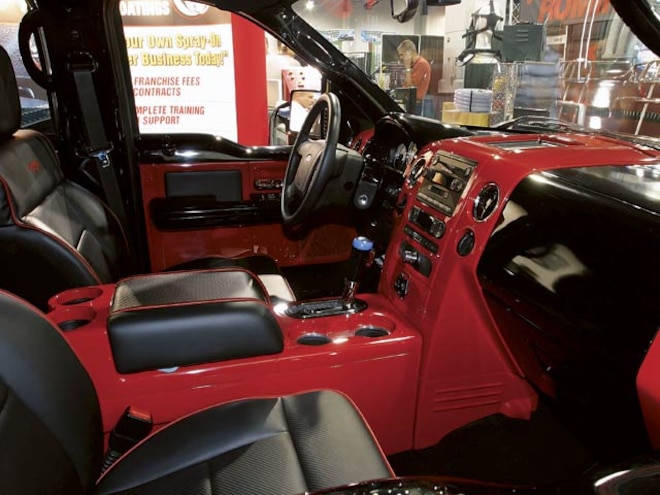 View Photo Gallery | 61 Photos
Photo 4/61   |   0503st Sema03 Z
If it even seems possible, the 2004 SEMA Show outgrew its previous size with the addition of several new lots outside for feature vehicles as well as a North Hall that was packed from wall to wall with small electronics and audio equipment, rather than filled with boats like the previous year.
We'd love to be able to extend an invite to all of our readers to 2005's show, however SEMA only allows its members to walk through the front doors. But don't worry: You can count on your friends here at Sport Truck to bring the virtual tour to you year after year.