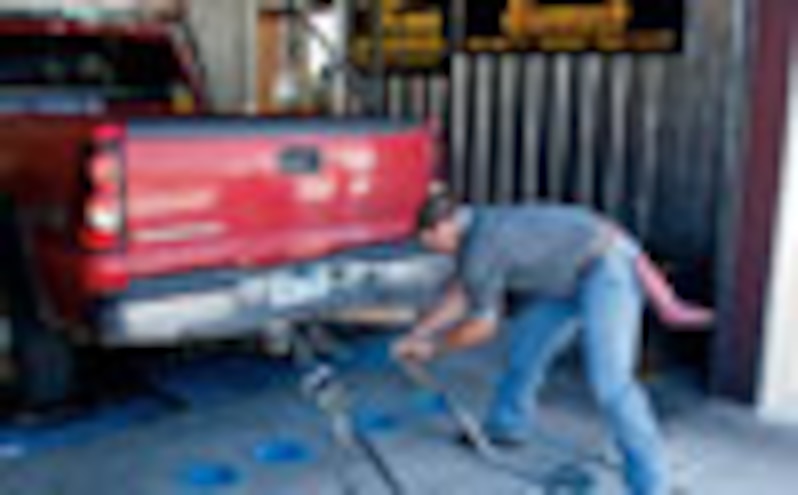 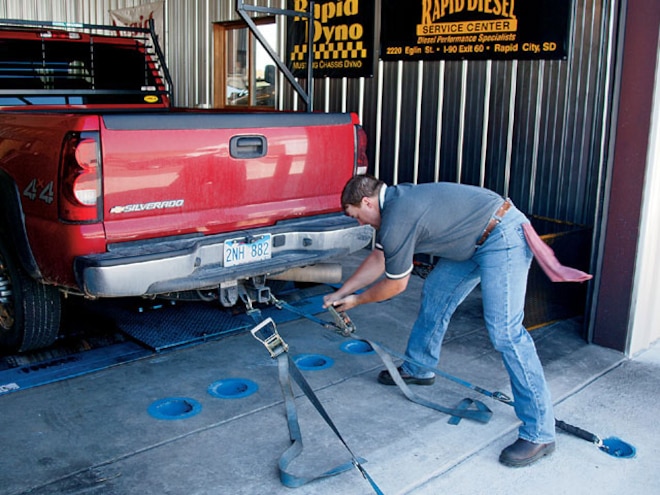 View Photo Gallery | 2 Photos
Photo 2/2   |   south Dakota Dyno Day duramax
It's no secret diesel trucks are hot right now. Power Stroke, Duramax, and Cummins trucks are disappearing from dealer lots as fast as the Big Three can make them. As a result, there are numerous new diesel shops opening around the country looking to get a piece of this lucrative market. By contrast, Rapid Diesel (www.rapiddiesel.com) has demonstrated staying power and is celebrating its 33rd year in business. As a thank you to its loyal customers, Rapid Diesel held an open house, a buffalo roast, and a dyno day for its customers who came from South Dakota, North Dakota, Nebraska, and Wyoming to congregate, socialize, and even take home some cash as part of the dyno competition.
Duramax-powered GM trucks made up the bulk of the attendance, followed closely by Cummins-equipped Dodges. Of the 20 pickups in the dyno competition, there was only one Ford. Unlike in past years when a Rapid Diesel employee would run all the trucks on the dyno, owners got to stay behind the wheels of their own pickups this time around. As anyone who has ever made a dyno pull knows, there's a bit of skill involved in producing the highest numbers, so this added to the sense of competition.
Derek Temple threw down the gauntlet early with a 429hp pull from his LBZ Duramax-powered Chevy. The truck is equipped with an AFE intake, a PPE downloader stacked with a TS Performance MP-8, and a sewer-pipe-sized 5-inch turbo-back exhaust. Not to be outdone, the Cummins contingent answered with a 466hp run by Josh Starnes, whose 12-valve Dodge runs an HTT Quick Diesel turbo, huge 435hp injectors, and a #0 fuel plate.
The struggle for cash and bragging rights went back and forth between the Chevys and Dodges, with headlights being removed and tires swapped out in an effort to squeeze out every last horsepower. Once the smoke cleared (literally), it was a Duramax that came out on top. Not an LBZ or even an LLY engine, though, but Tom Walker's '01 LB7 engine with more than 100,000 miles on it. Even more amazing was that the engine was relatively stock, utilizing the factory turbo and injectors. Tom came from Gillette, Wyoming, to defend his title from last year's dyno competition. His truck runs a K&N air intake, a 4-inch exhaust, a Sun Coast billet torque converter, a FASS lift pump, and custom programming using EFI Live software. The combination made an astonishing 542 hp and 1,109 lb-ft of torque. Josh held on to top Dodge honors, and Blaine Wollman made money with the lone Ford entry.
At the end of the day, everyone walked away with a smile on his face. Whatever we are driving in another 33 years-be it pickup, hovercraft, or space shuttle-we hope it will still be powered by compression engines. That will allow us to continue using Rapid Diesel to tune and repair our diesels. Trucks may be obsolete by then, but Rapid Diesel recognizes that customer service will never become extinct.

- OF
By Harry Wagner
42 Articles