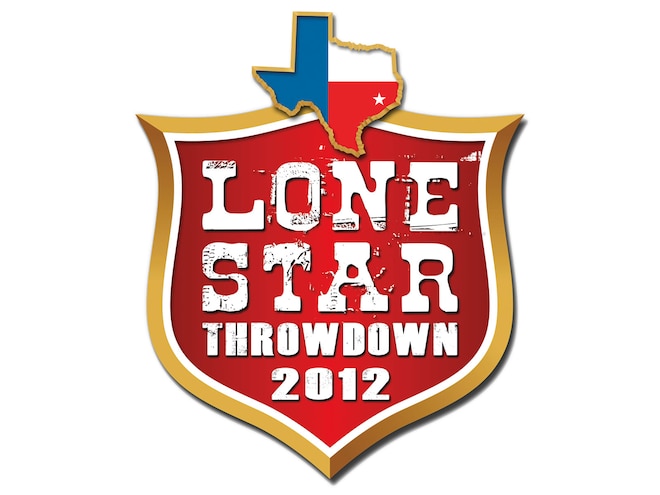 View Photo Gallery | 27 Photos
Photo 2/27   |   2012 Lone Star Throwdown logo
Everyone knew this show was going to be big, but nobody knew just how big—not even the two guys responsible for the event. Even though they were highly appreciative for every single vehicle and spectator that came through the gates to show their support, the look on the faces of Lonnie Ford and Todd "Radar" Hendrex throughout Throwdown weekend showed nothing but pure focus… and maybe just a shred of stress. Getting a smile out of them was tough, but they were only in the middle of hosting 665 registered vehicles and roughly 5,000 onlookers for what has been one of the most buzzed-about events in the last couple years. Who could blame them?
View Photo Gallery | 27 Photos
Photo 3/27   |   Richard Whitehead and his super clean Nissan were given the Promoter’s Choice trophy.
Lone Star went on without any real problems to report, and those in attendance seemed to respect the fact that this show was created as a throwback to the old-school get-togethers that puts custom vehicles and good times first, and drama of any sort dead last.
We spent a few minutes with Lonnie and Radar just hours after the show to replay the last 72 hours, as well as the countless months of planning, promoting, and bracing for their Texas-sized takeover.
MT: LST had some serious buzz behind it, and the turnout was beyond what anyone expected. How overwhelming was it seeing nearly 700 vehicles show up?

Lonnie: Very overwhelming! When Radar and I first talked about doing this show we never thought we would have had this many vehicles. I think people can see the passion we have for the scene and what we are trying to do. Radar and I are just two old-school truck guys who wanted to bring everyone together.
View Photo Gallery | 27 Photos
Photo 4/27   |   Richard Whitehead's super clean Nissan were given the Promoter’s Choice trophy.
MT: Surprisingly enough, LST surpassed the numbers of most major shows. NC's 20th anniversary must have contributed to the event's success, but what do you guys feel really made the show a winner? Was it how it was promoted? The location? The date so early in the year?

Radar: We think a little bit of all these factors played a part in LST '12 being such a great turnout. Having the 20th anniversary was a plus! There were so many NC members in from all over the country and a few from outside the U.S. The show would not have been successful without the support of our family and friends. As far as the date goes, it played a part as well. We wanted it to be early in the year and when it wasn't as hot. You know how the Texas weather is in the summer. So when you put all the factors in play they all played a part in the success of the show.
MT: By now everyone who made it to the show, and those who didn't, are probably wondering this, so we'll ask for them. Are there talks of LST 2013 in the works?

Lonnie: Most definitely there will be an LST 2013! How could we not do it again? It was stressful at times and overwhelming, but in the end accomplishing what we were trying to do and hearing the positive feedback from people of how it felt like the old times again was amazing. To have some of the first-time showers see what it was like 10-15 years ago makes us proud to be a part of that experience for them.
MT: Lastly, what can the good people out there be expecting for next year's show? Obviously there was a bit of mystery behind the LST's first go-around.

Radar: I will say there are a few kinks that need to be worked out, and we have learned so much from this year's show. I would hope they would expect the same atmosphere. We still want that old-school feel, the feel of people coming together and showing the diversity of interests in different styles of vehicles.

Lonnie: We want a show that not only is for the younger generation coming up but a show that the old heads can still appreciate.
The Lowdown