66 Years Young and Still the Grand Daddy of Them All 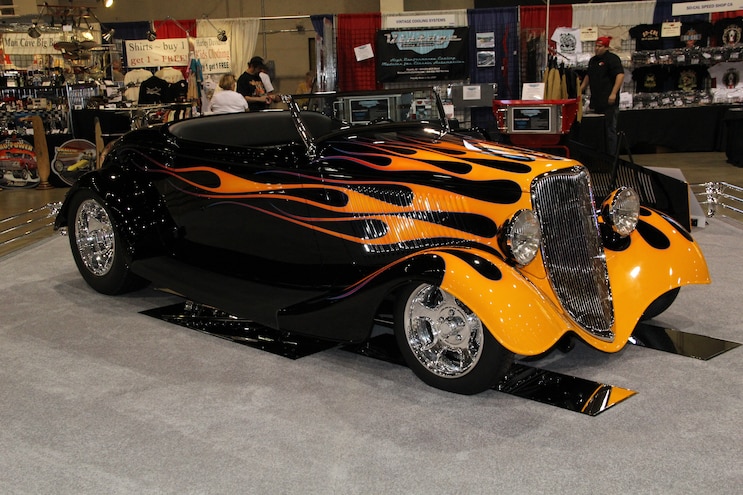 The 2015 Grand National Roadster Show roared into Pomona Fairplex January 23-25, bringing with it all the sights and sounds that make this one of the most popular car shows around. Now in its 66th year, the GNRS brought out several hundred cars and trucks that filled up the all of the available space that the Fairplex had to offer.
Beside the many amazing vehicles on display, with their proud owners sitting nearby, were the contestants for Americas Most Beautiful Roadster. This competition takes place indoors to protect these amazingly crafted entries vying for one the most prestigious car show awards in the country. The builders based their interpretations on Ford or Chevy roadster body styles, but that is where the similarities ended. A vast variety of powertrains were squeezed between the frame rails, everything from Ford flatheads, a Nissan 5.6 liter all aluminum DOHC V8 out of a Titan pickup, small blocks from Ford and Chevy, a LS-6 and LS-7, a 430 Lincoln, a 1949 303 Olds punched out to 461 ci, a bone-stock Model A engine, a 540 ci aluminum Hemi, and even a 1600hp twin turbo Nelson Ford Windsor. 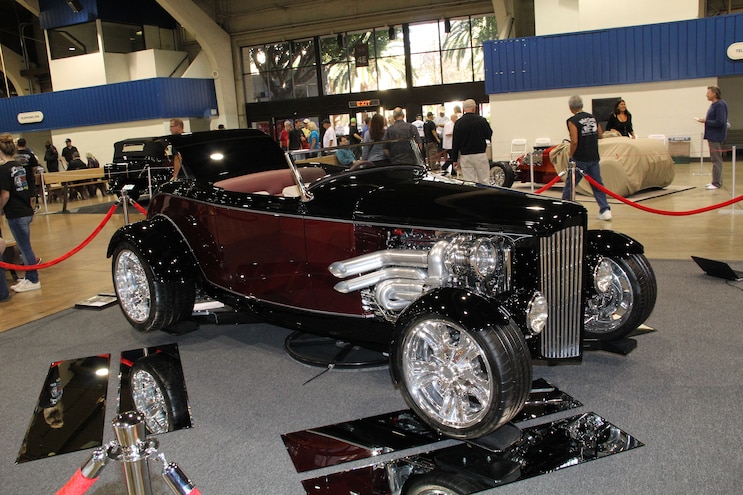 View Photo Gallery | 216 Photos
Photo 2/216   |   1932 Ford Roadster owned by Mike Gordon and built by JT Enterprises, sporting a custom front end that mimics a 1941 Packard with a heart-stopping 1600hp twin turbo Nelson Ford Windsor.
Bringing home the big trophy for AMBR was a 1933 Ford Roadster built by Bobby Alloway and owned by Larry Olson. Boasting a host of mods that push the envelope of fit, finish, attention to detail, and proportions including a two inch stretch, sedan doors, narrowed hood, laid back windshield, a 241 Red Ram Hemi with 6-Strombergs with fuel injection hidden in the heads, a 5-speed trans, a Model A front axle, with Alloway’s highly polished custom built wheels. This ’33 was done up in classic roadster fashion with deep black paint sitting beneath perfectly laid out yellow flames.
The Truckin crew was onsite to take photographic record of the whole show and to highlight some of the awesome trucks that were around. All things truck were represented from panels, rats, C10’s, F-100’s, a few Dodges, a stunning Ford COE, and many more gleaming in the Southern California Sun. We had our hopes up for the Roadster Pickups that were up for the AMBR award and can see a growing trend with fingers crossed for more entries in the future. Put this amazing show on the radar as it is three days of great fun. More information is available at http://www.rodshows.com/gnrs/. 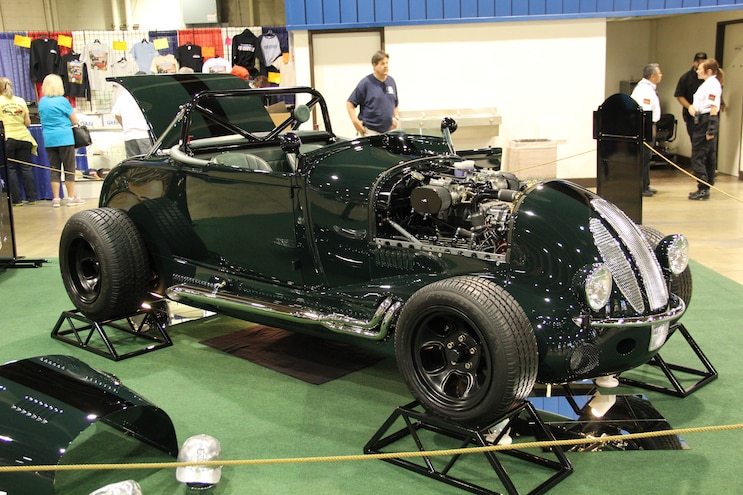 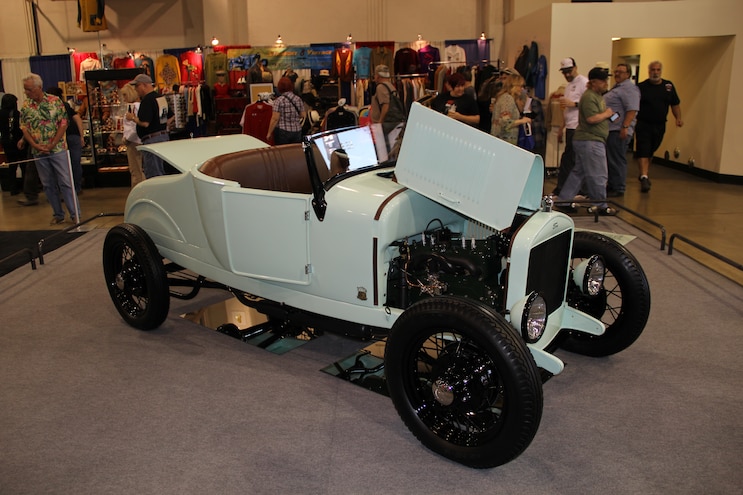 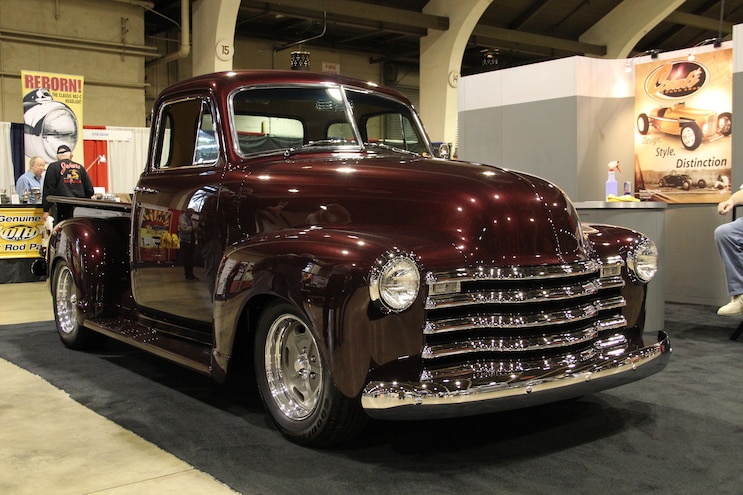 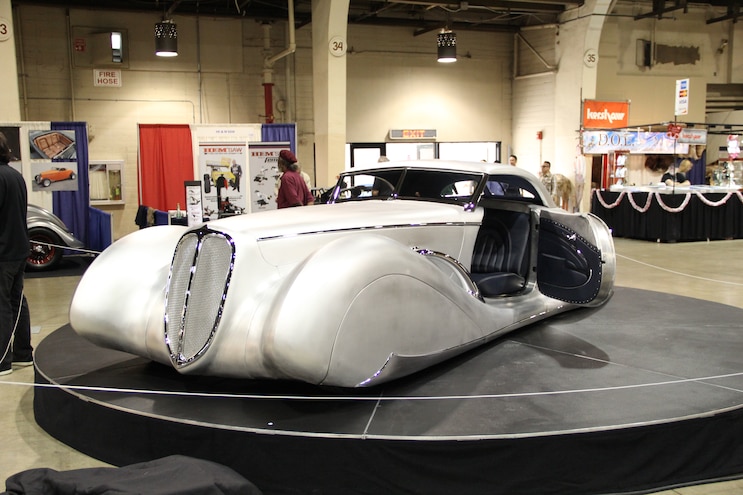 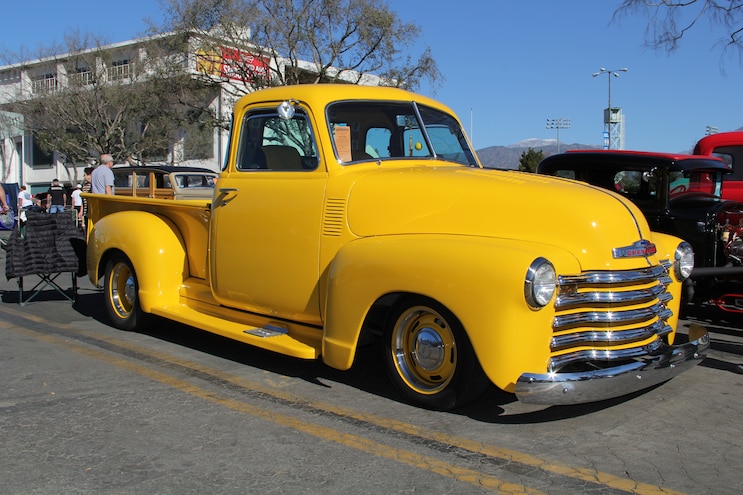 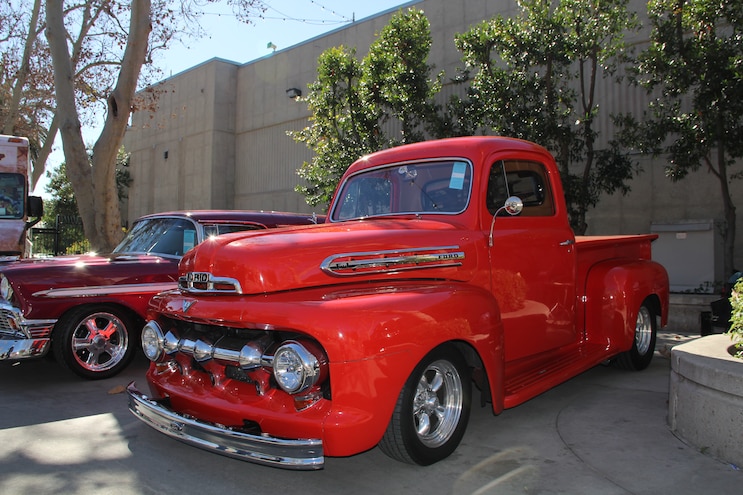 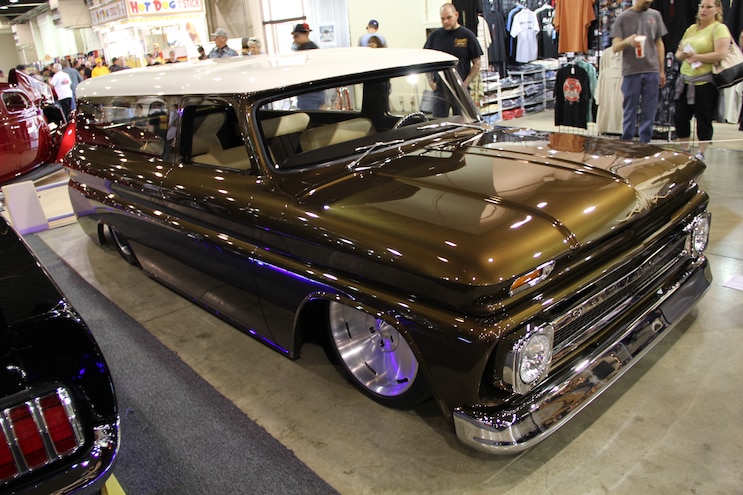 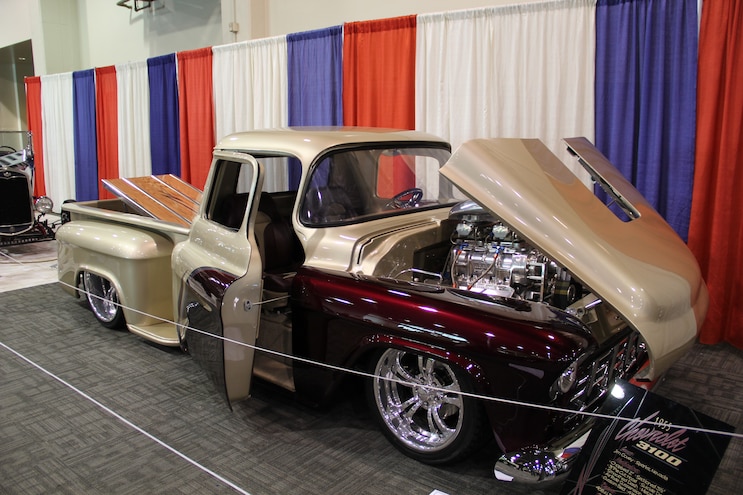 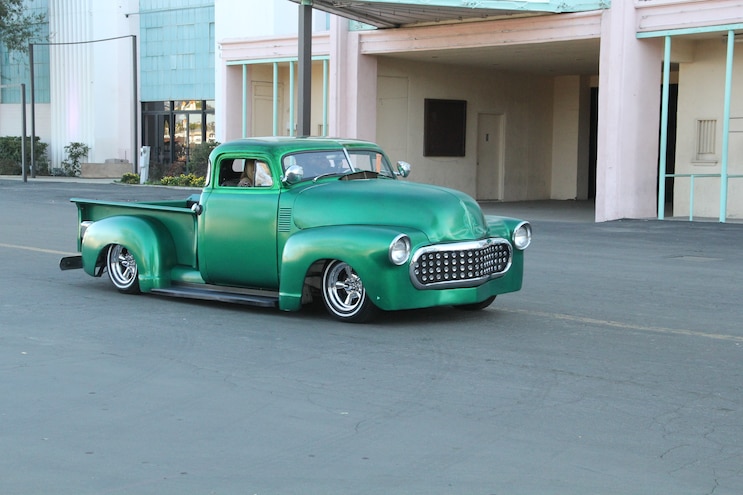 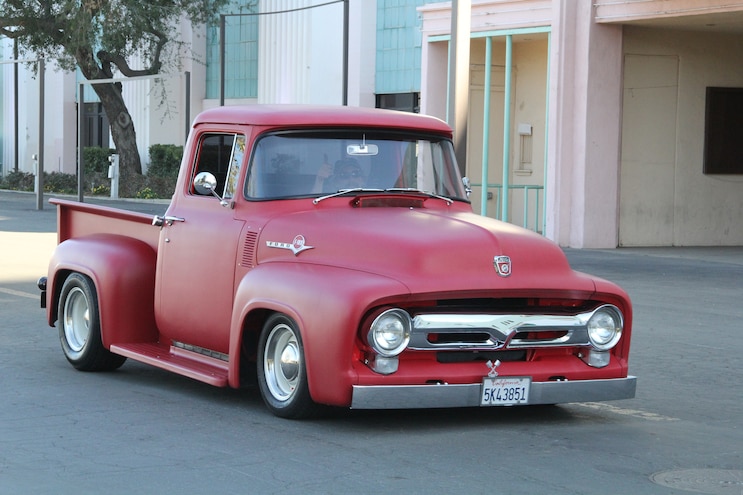