Almost more fun than you can squeeze into a weekend! 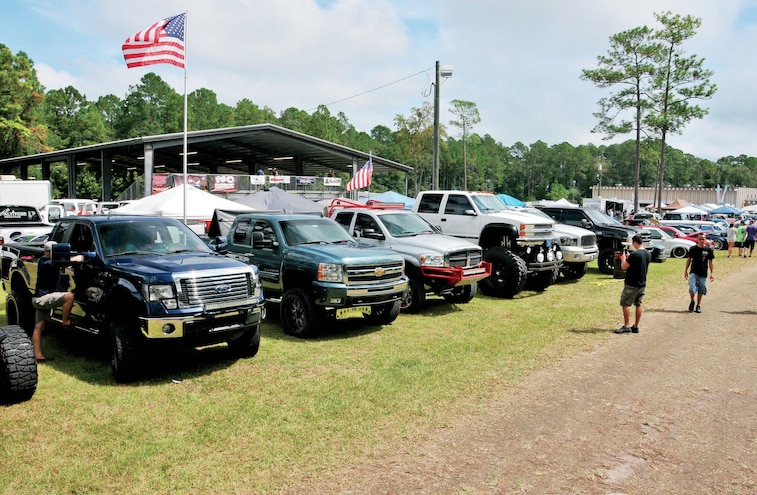 If you live in the Southeast, you know the name and the good times associated with this late September event. The Mini Madness host club is in charge, happy to say that their annual Slamfest is one of the longest-running club-sponsored events in Florida. Held in the Alachua County Fairgrounds in Gainesville, Florida, their weekend blast brings drivers from throughout the Sunshine State as well as several neighboring states. The reason is simple. Now in its 24th year, the show is always about a cool collection of cars, trucks, and nonstop weekend fun. Big trucks have been making Slamfest a favorite for many years, with clubs like High Altitude in Central Florida having had more than half a dozen of their vehicles appear as 8-Lug features over the years.
Although the gates open on Friday, the real activities begin on Saturday, and it was a workday for the pink-shirted, Mini Madness judging team, who evaluated the more than 600 vehicles on display inside the fairgrounds. It was an easy day for the more than 8,000 spectators wandering the rows and admiring the colorful combination of imagination and engineering on display. Food vendors, pinstripers, a mechanical bull, and the Dyno-On-The-Go were just a few of the options. After-parties Saturday night in this college town created a few indelible memories—while erasing a few others! View Photo Gallery | 19 Photos
Photo 2/19   |   Joey Burke owns this pewter ’07 Chevy, which sports an ominous set of spiked big wheels.
Sunday, everyone looked forward to the club games, which were delayed until noon out of respect for the previous evening’s activities. Always inventive and hilarious, the games posed a challenge for the participants but were pure entertainment for the crowd. How about making the circle bat relay (Dizzy Izzy) even harder by including musical chairs at the finish line? Next, you had to see the gyrations involved in the golf-balls-in-a-tissue-box-strapped-to-yer-butt twerking competition to appreciate it. The spectators certainly did! Acrophobia took the win, and the top three clubs took home 2014 Slamfest banners for their club rooms.
With the games completed, everyone broke out their smartphones for the Miss Slamfest bikini contest. This year, more than a dozen local beauties played to the crowd, looking for a share of the $1,000 prize money. The awards ceremony presented laser-cut, steel trophies to the Top 40 winners with another 23 hand-fabricated trophies going to the Best Ofs. Taking the top award and the check for $500 was Pascal Barone. This was the second year in a row that his beautifully customized ’04 Ford Ranger has won Best in Show. Special thanks to title sponsors Sparkles Detail and Common Treads magazine, along with the more than two dozen other show sponsors who helped make this year’s event the success that it was. As always, charity was a part of this community-minded show, with the Alachua County Humane Society benefiting from more than 1,700 donated items and $1,000 in cash. 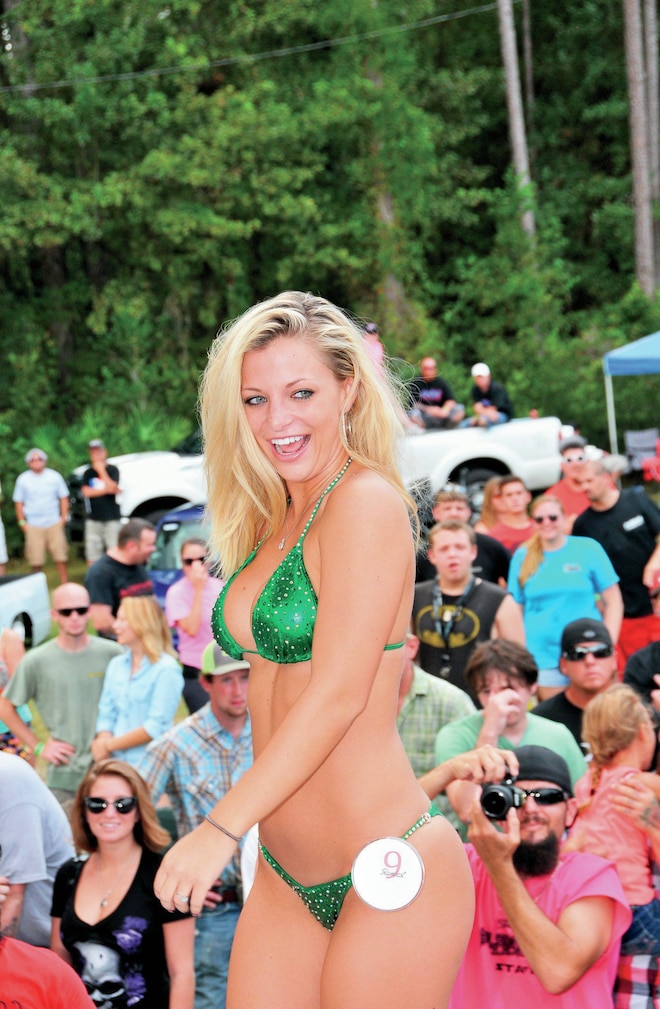 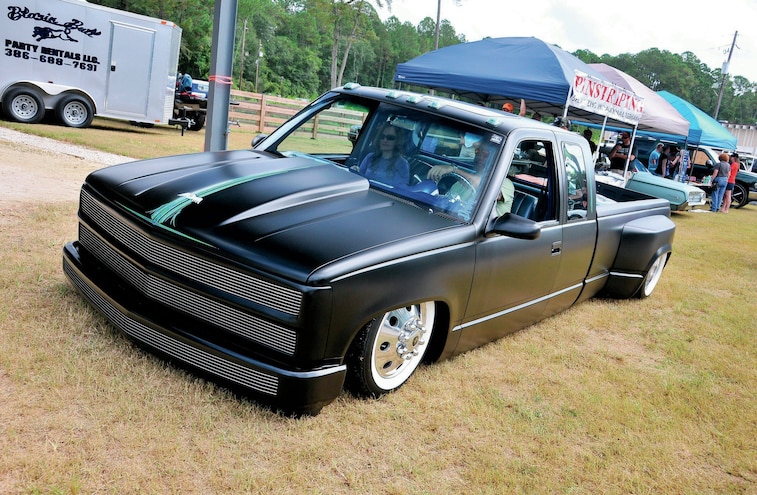