XDP Welcomes the Diesel Nation to Its New Jersey HQ 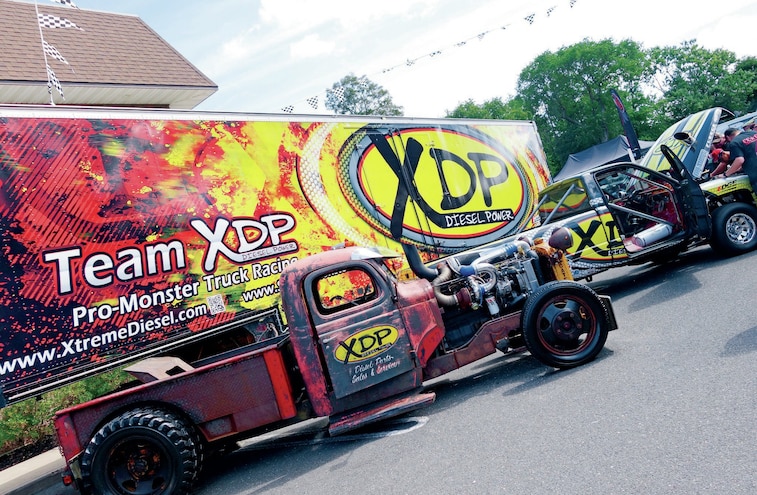 If there’s one thing about diesel truck owners that’s hard to argue, it’s the fact that we all take a tremendous amount of pride in our rigs and the ways in which we modify them—on our own, or thanks to the skillful assistance of masterful technicians, fabricators, tuners, or consultants who know diesel vehicles like the backs of their hands.
It really doesn’t matter what your brand preferences are, or whether you upgrade your pickup for increased performance (well, OK, maybe we do like the power-making mods a little more), or simply to improve the truck’s appearance.
The Diesel Power staff is all about making changes for the overall greater good, and we enjoy being able to “get out there” ourselves whenever possible to see the trucks and, of course, meet the people who are the heart and soul of this hobby. 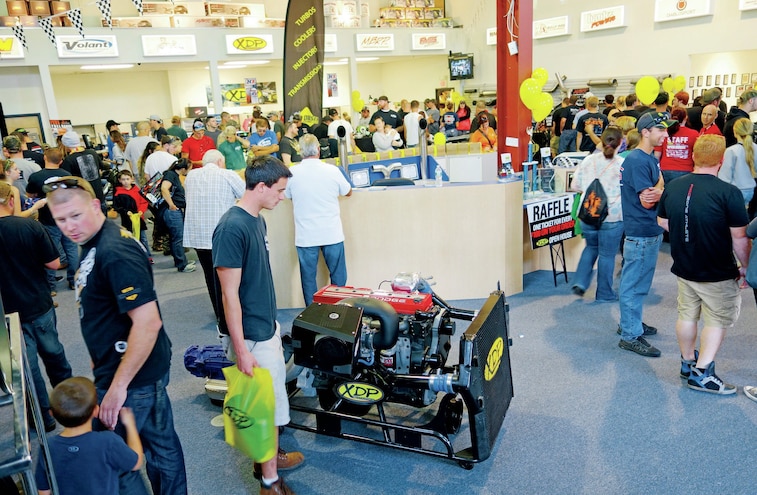 View Photo Gallery | 23 Photos
Photo 2/23   |   The East Coast’s diesel faithful turned out in force for Xtreme Diesel Power’s 2014 Open House, held at the company’s huge showroom and installation facility in Wall Township, New Jersey. XDP’s armada of race trucks welcomed visitors to the event.
That opportunity presented itself in September 2014, when Editor KJ Jones embarked on a cross-country journey to Wall Township, New Jersey, for Xtreme Diesel Power’s Open House, a gathering that brings diesel fans—and their trucks—to XDP’s headquarters each year, from such states as Massachusetts, Connecticut, New York, New Jersey, Pennsylvania, Delaware, Maryland, and Virginia.
After surviving a strong rain threat from a massive storm that put the kibosh on the U.S. Diesel Truckin’ Nationals drag race/truck show (held one day earlier at the fabled, Raceway Park in Englishtown, New Jersey), the XDP Open House proved to be an awesome time. 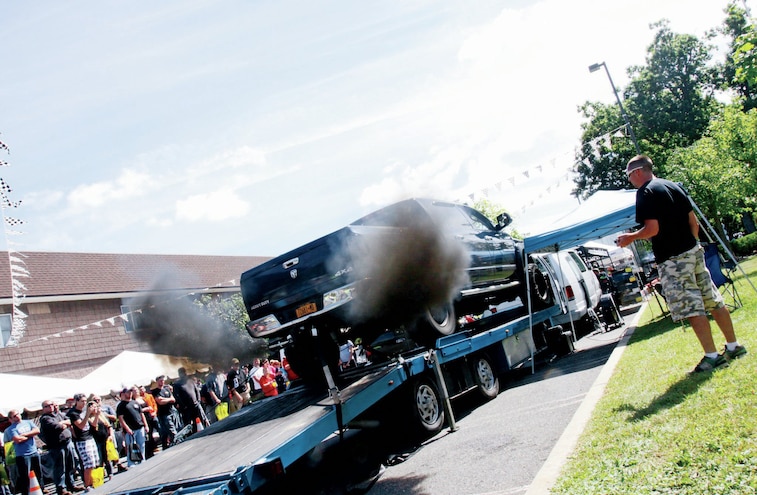 View Photo Gallery | 23 Photos
Photo 3/23   |   This ’06 Dodge Ram 3500 is owned by Billy Kelly of Long Island, New York. With nothing more than a cold-air intake system, Banks Power dual exhaust, and a PCM tune, the pickup makes a stout 449 hp and 870 lb-ft of torque, which Billy says is a little more than even he expected.
There were hundreds of wicked diesels on display (and parked throughout the area in various lots near the store), a huge manufacturers’ midway, and the hands-down highlight of the day: the nonstop powerfest that was happening on two separate chassis dynos.
XDP does it right, and we’re definitely impressed with the sampling of East Coast trucks we got to check out (one of which, Steve Lasky’s ’07 F-350, is featured on page 80 of this issue) at the company’s Open House. For us, it was a great way to close out the event season, and it left us looking forward to returning to XDP in 2015. 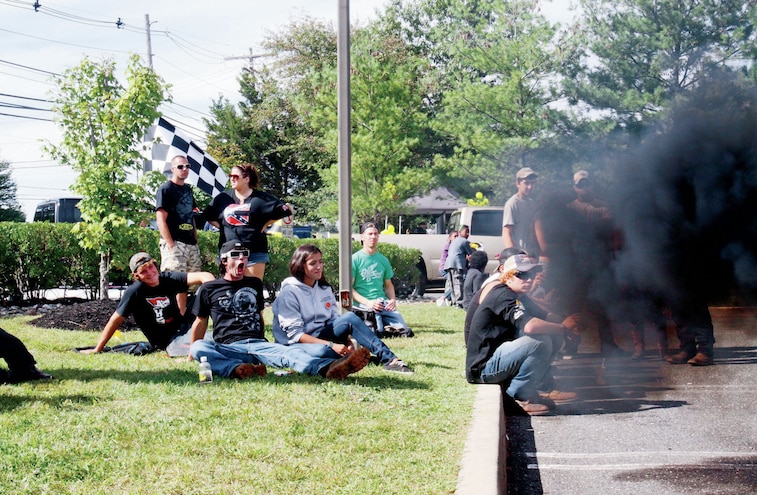 View Photo Gallery | 23 Photos
Photo 4/23   |   As we noted in our November ’14 cover story on “rolling coal,” drag races, sled pulls, and dyno shootouts are diesel events in which we tend to be a bit more understanding of and receptive to the billows of soot that flow from trucks’ exhausts. While this particular dyno fan definitely takes “smoke eating” to new levels, we’re more impressed with his chick, who never left his side while the coal covered both of them.
Big Wheels Rollin’!
Our East Coast diesel experience included attending the U.S. Diesel Truckin’ Nationals, a drag race and truck show that’s co-sponsored by XDP and dedicated solely to diesel rigs, large and small.
For your editor, a New York native, the stop at Raceway Park in Englishtown, New Jersey, completed the full circle. As a young fan of big trucks, KJ Jones attended this very event when it was in its infant years (1977). Who knew that 37 years later, his first trip back to the event would be as editor of Diesel Power magazine?
As fate would have it, heavy rain brought an early end to the on-track action (and slowed the foot traffic in the manufacturers’ midway area). But, it was great to see all the awesome trucks the NY/NJ (and many points elsewhere) area has to offer, and to confirm for ourselves that we’ll be covering this event for many years to come. 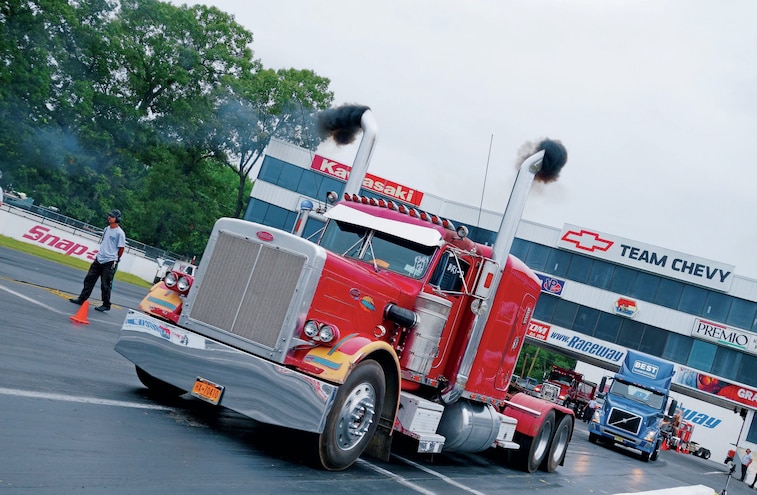 View Photo Gallery | 23 Photos
Photo 8/23   |   While pickups are our primary focus, it’s impossible to not acknowledge the huge 10-wheelers that were blazing the dragstrip at the U.S. Diesel Truckin’ Nationals. No, of course, the Kenworths, Peterbilts, Volvos, and Macks weren’t setting any quarter-mile speed records, but it was too cool hearing drivers hitting the gears, and seeing the tractors run.