18th Annual Gathering Does Not Disappoint 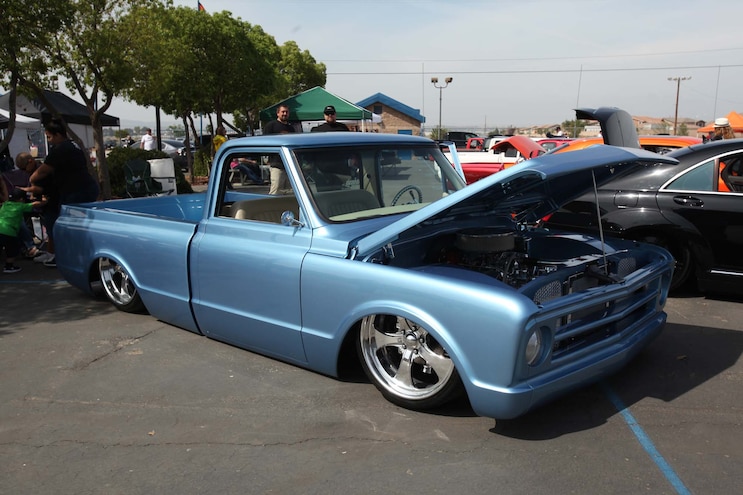 Forbidden Fantasy 2015 came to the fairgrounds of Lake Perris, CA, bringing with it hundreds of custom trucks and cars making this long running show live up to the hype that it generates all year. Thousands of spectators were on hand to drool over some finely crafted customs and some that were still under construction. Customs came from California, Arizona, Nevada and even all the way from Texas to bask in the blazing southern California sun and show off everything in color blending, metal bending and the latest trends sweeping the industry. The show featured a good collection of local clubs including Relaxed Atmosphere, Severed Ties, Negative Camber, No Regrets, Bullz, Nokturnal, and Still Ballin’. Several of the custom shops that made some of these happen were on hand too, like Bio Kustoms, Max Fish and many more. All throughout the weekend was the unjudged drag competition that had ‘bagged trucks scraping for applause from onlookers. 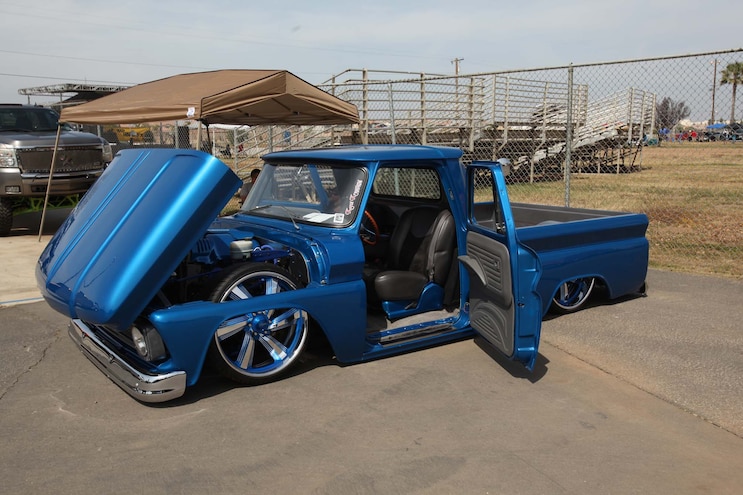 View Photo Gallery | 224 Photos
Photo 2/224   |   2015 Forbidden Fantasy 001 Chevy C10
This two-day event culminated on Sunday with the trophy ceremony which went to some well-deserved folks who poured their heat and soul into the seemingly endless moment where they hoisted a trophy and got a cheer from the crowd. There were two truck debuts that pretty much stole the show as far as we’re concerned. One was John Schick’s light blue C-10 that was beautifully crafted with the help of Chassis by Aaron Iha. Another one of the standouts of the show was Ernie Macias’s Crew cab Silverado “El Jefe”, which up until about two weeks ago was black. We watched the all-nighters on Facebook and by Sunday morning at 6:30 the last few trim pieces were being bolted up. Running strong for 18 years, Forbidden 2015 had all the highs and lows that a well-polished show had to offer. Stay up on all the updates for 2016 by going to www.forbiddenfantasyshow.com. 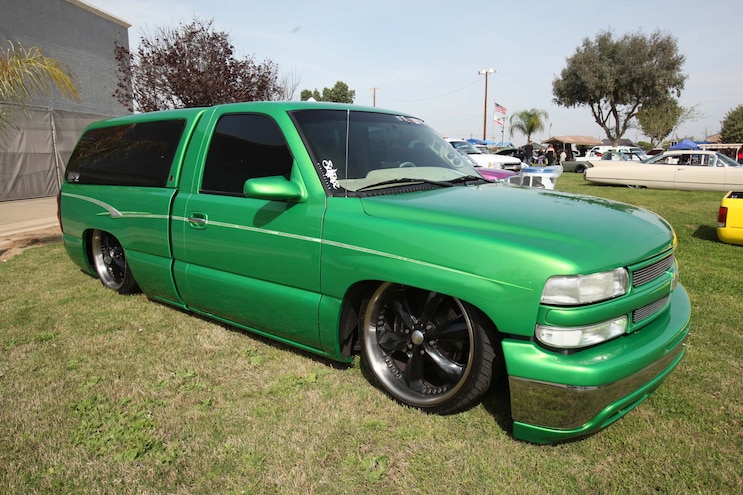 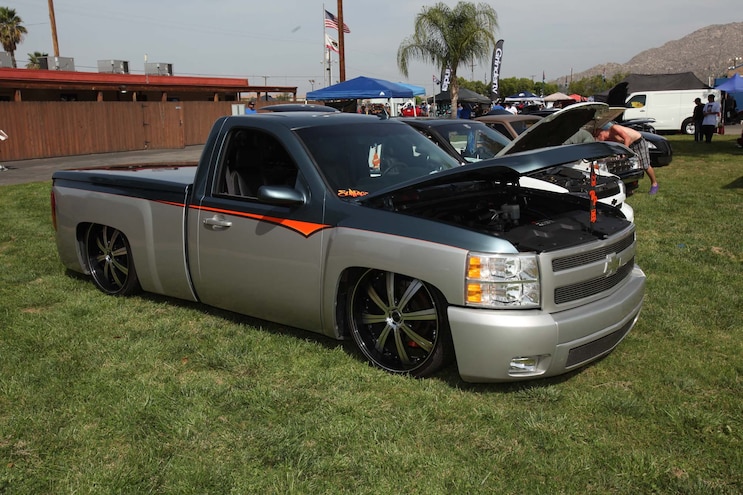 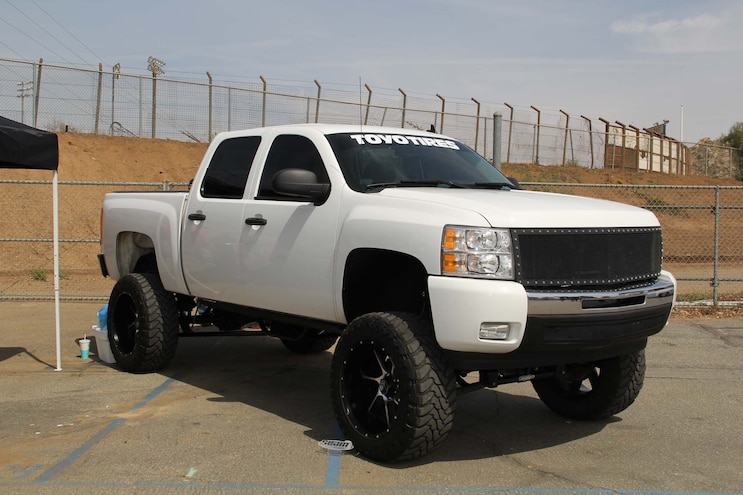 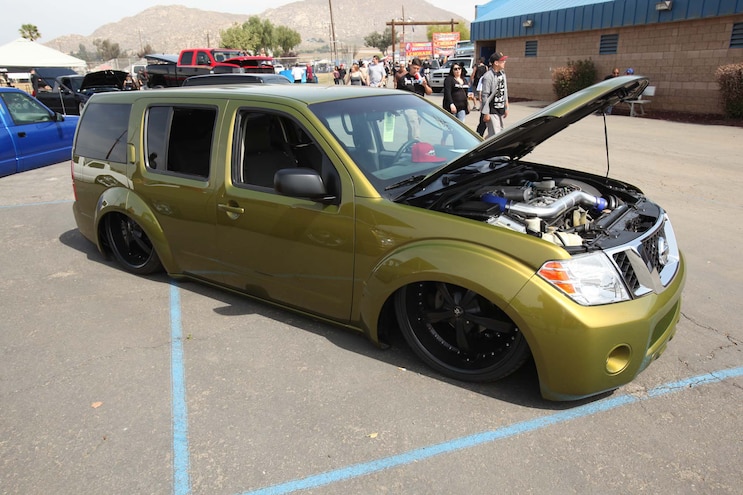 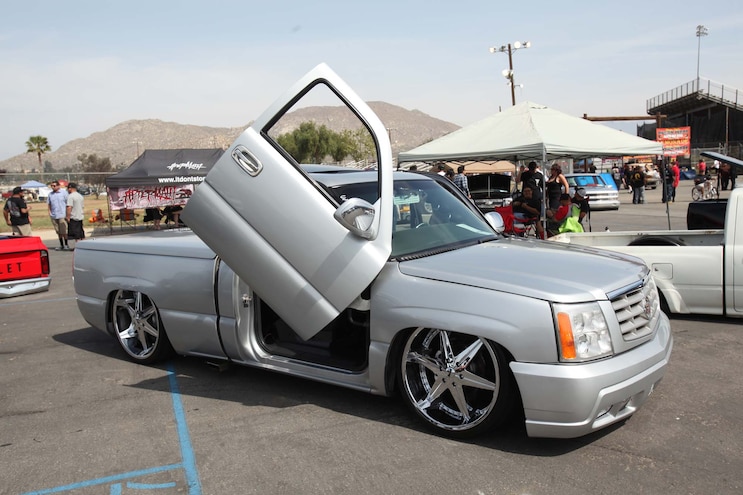 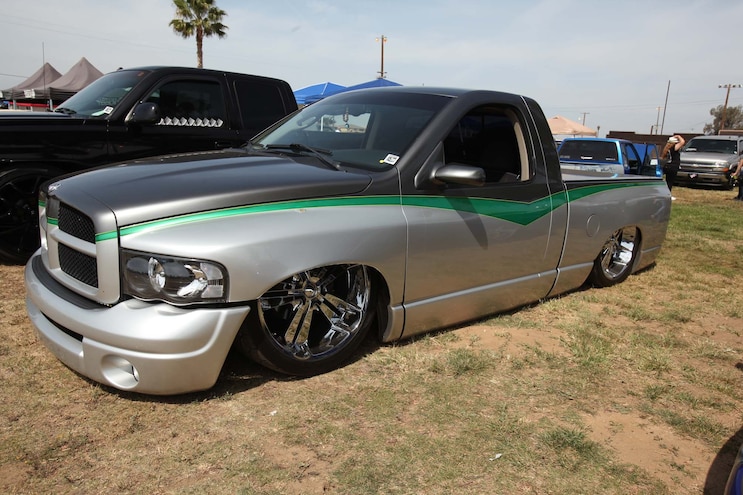 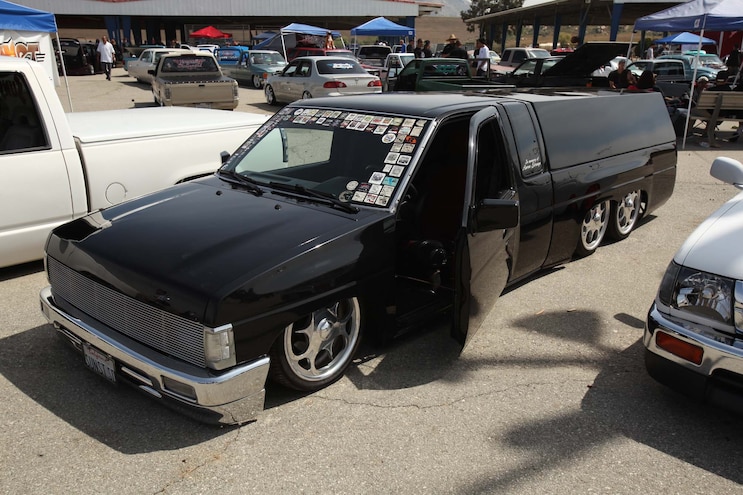 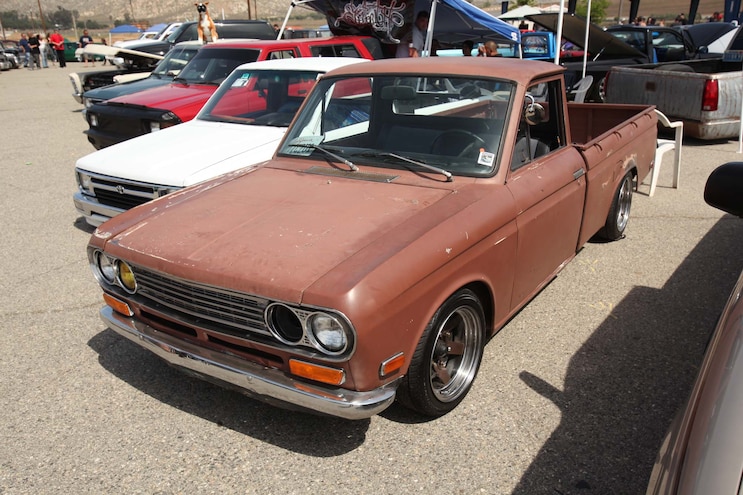 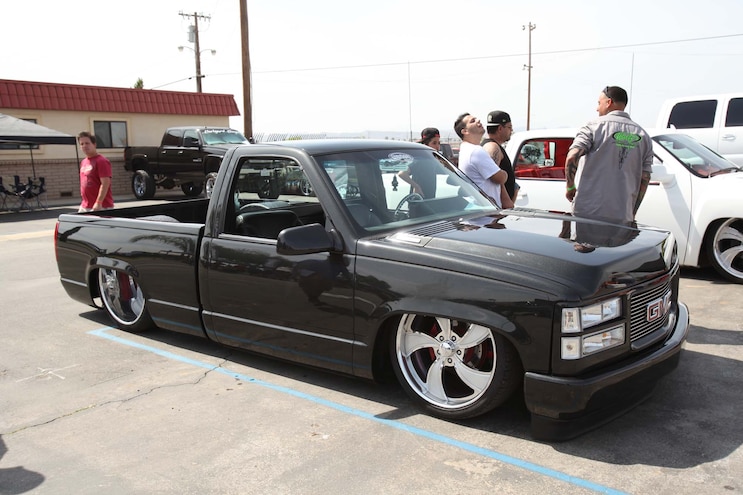 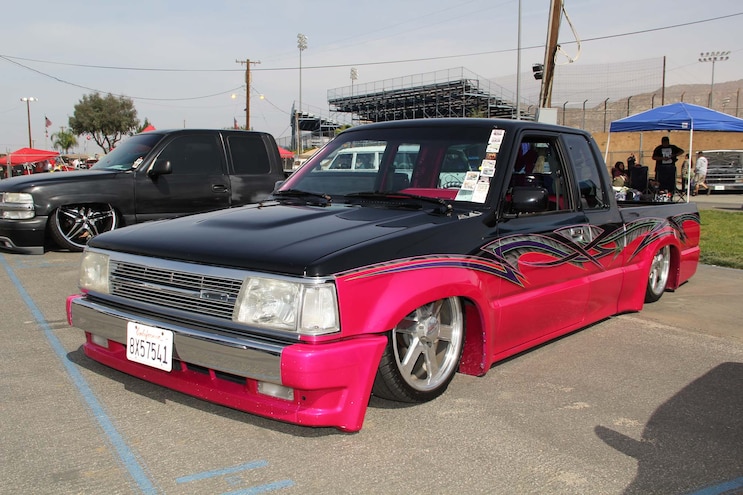 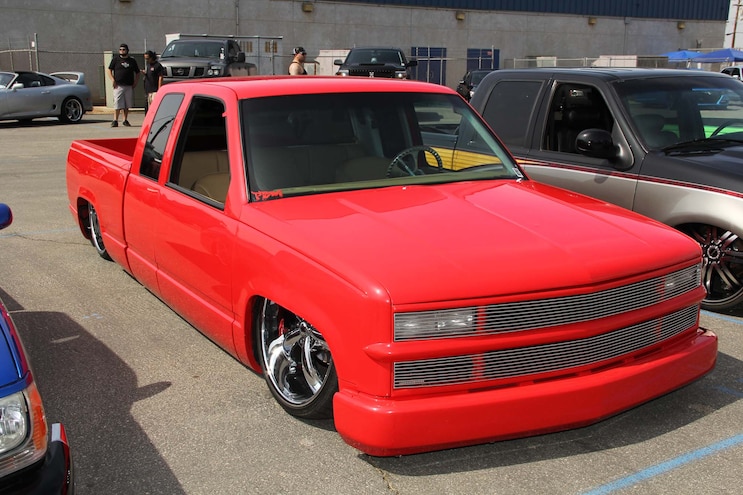 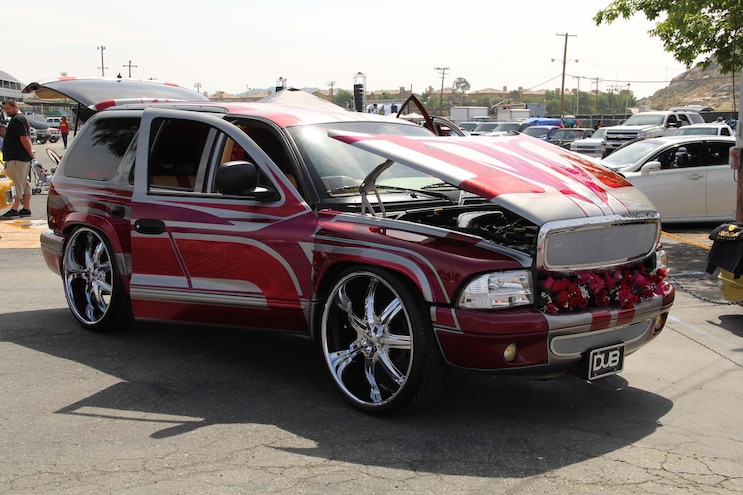 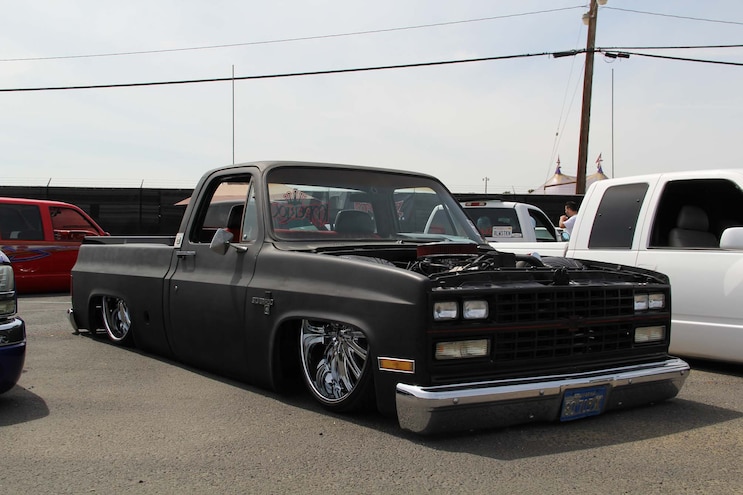 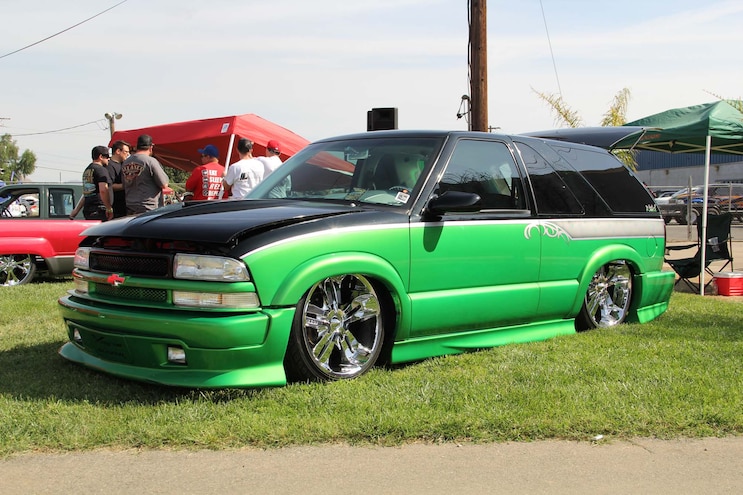