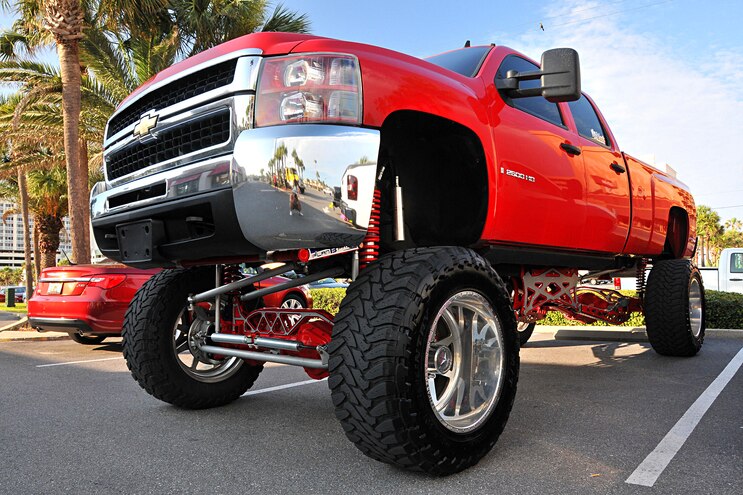 Typically, show promoters have a difficult time. Several months before the event, they are busy passing out flyers, placing ads in magazines and newspapers, doing radio spots, attending other shows, and doing whatever they can to generate interest in their event. It’s often a time-consuming and expensive proposition.
Thanks to social media, however, things have changed. Simply titled Daytona Meet 2016 and now in its third year, this far-reaching truck event drew an estimated 3,000 to 4,000 vehicles to Daytona Beach for the weekend. The amazing part is that event organizer Jordan Muhlbauer contacted vehicle owners from across the United States using nothing but Instagram. There were no flyers, no advertising, and no traveling to shows around the country inviting truckers to participate. He sent event details to his Instagram followers that now number more than 124,000! Jordan smiles, saying, “It’s not organized—although it is organized! I want to get people to hang out rather than worrying about judging, trophies, and other rules. It takes the confusion out of the gathering, and I think a lot of people like that. Pull in, park, chill, have fun!” 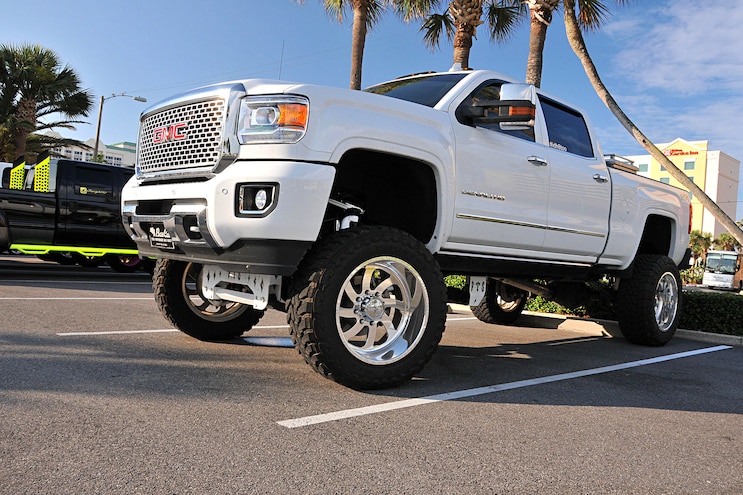 View Photo Gallery | 49 Photos
Photo 2/49   |   2016 Daytona Truck Meet Gmc Denali Hd
The event began Friday afternoon in the huge parking lot of Daytona Beach’s famous Bel Air shopping center. Surprisingly, a good percentage of the license plates were from out of state. Attendance got even heavier on Saturday, thanks to beautiful weather and the inviting white sand of Daytona Beach. Able to cruise on the beach, an endless line of lifted trucks slowly rolled along the sand throughout the day until light rain in late afternoon signaled it was time for something new. The Daytona Beach Safety Team happily reported no complaints from the thousands of vehicle owners at the event. An unofficial parade on Sunday had a huge collection of custom trucks rolling down International Speedway Boulevard as drivers headed home toward the Interstate. If you’d like to learn more about this social media get-together, check out Instagram @ Truck__Fever and daytonatruckmeet.com. Special thanks to Truck Fever, Xtreme Truck & Auto Sales, and Flo-Grown for their help in making this unique event a success. 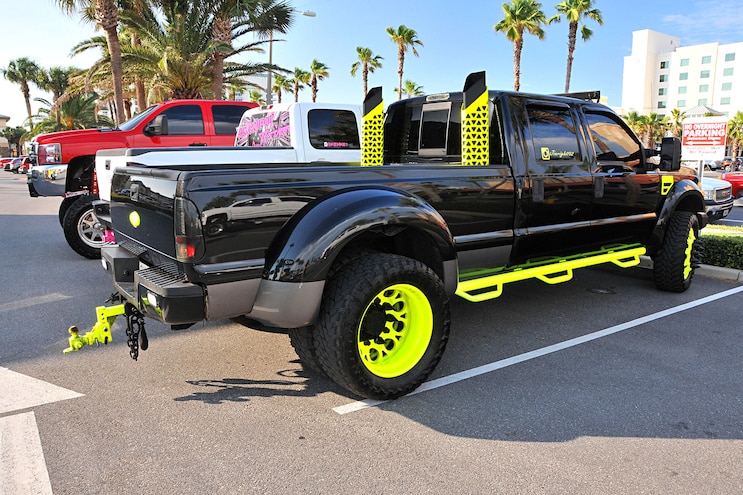