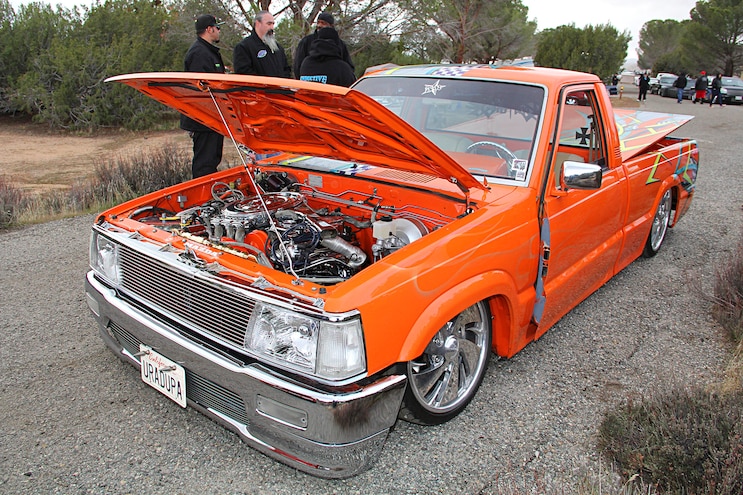 Resolutions was started more than four decades ago by Westside Truckers, but is now currently curated by Sunset World Wide with the venerable Bob Hase at the helm. After a brief hiatus that had the West Coast mini-truck community wondering when this longtime show was going to return, it finally did. The show continued on its New Year’s weekend date (hence the name), with a new location at the Mojave River Forks Campground in Hesperia, California. 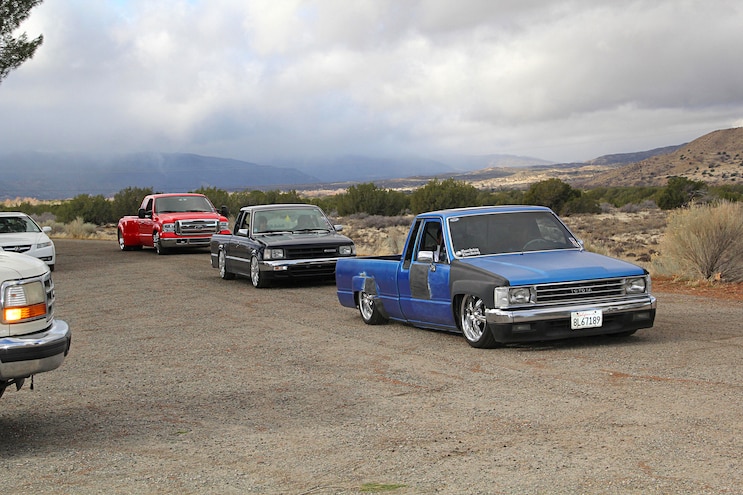 View Photo Gallery | 157 Photos
Photo 2/157   |   Resolutions 40th Reunion Toyota
The show’s return brought out the old feelings of nostalgia and even more stories of when a attendee had first came or what went down at a particular show. Many good friends were made over those years, and relationships were even formed (congrats Kim and Dan!) at this legendary show during the past 40 years of its existence.
The location has been a hotbed of mini-truck activity in recent months, as many shows have rolled into Mojave River Forks, which turned out to be the perfect setting for this event. Many kept with t he tradition of this old-school truck run and camped out for three days—some braved the elements for four days. The sprawling grounds were more than accommodating to the many travel trailers, motor homes, toy boxes, and tents that Resolutioners had chosen to sleep in. The party-hearty atmosphere was in full effect for those who stayed on site. Many clubs were in attendance with Bonsai Minis, Cryptic Collections, Dropped Addiction, Forbidden Fantasy, Freaks Of Nature, No Regrets, Regulators Seductive, Relaxed Atmosphere, Severed Ties, Sunset World Wide, UnforgiveN, Vertically Challenged, and many more made it out to make this a memorable event. 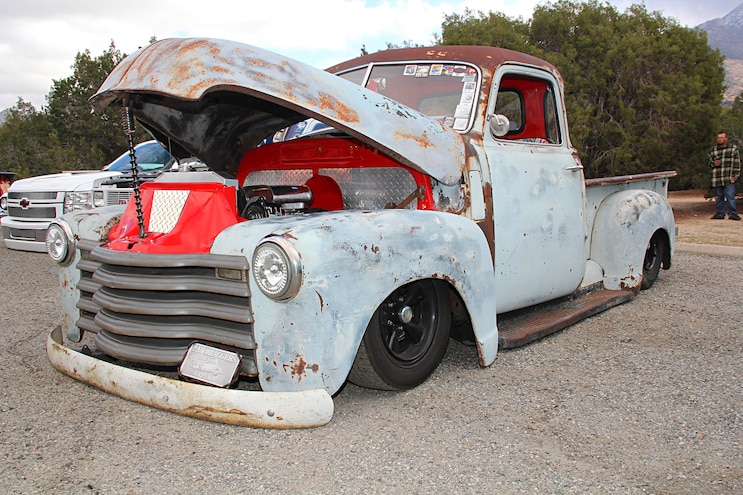 View Photo Gallery | 157 Photos
Photo 3/157   |   Resolutions 40th Reunion Chevy 3100
Over the long weekend, it became apparent some of the residents of Hesperia had started partying a little early for New Year’s and forgot to call themselves an Uber when leaving their favorite watering hole. Longtime members of the SoCal scene Michael “Grandpa” Phillips lost his beautiful dancing-bed Nissan Hard Body. Another Hard Body was lost to over-imbibing, this time belonging to Vertically Challenged member Tommy Taylor. Both of them are just fine, although a little shaken and battered. Apparently, some of the residents of Hesperia did not get the memo about being sober out on the streets, and hope the offenders get dealt with accordingly. Stay safe out there on the roads, Truckin readers! To learn more about Reso or to find out about the 2017 event, keep your browser tuned to www.facebook.com/events/1616563895329921.