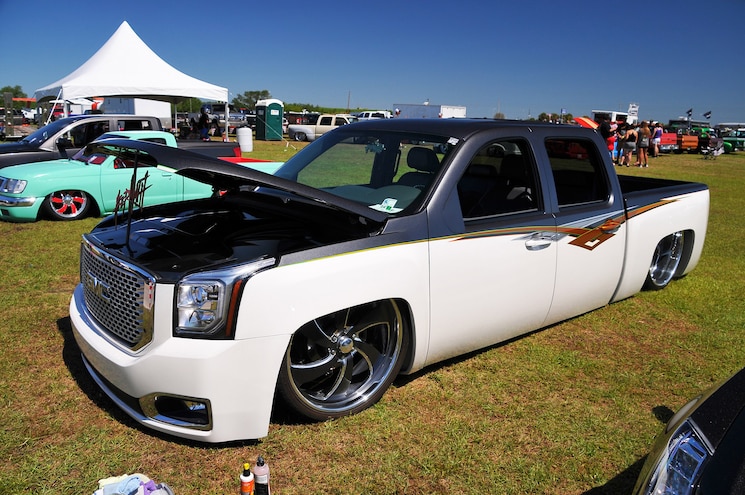 Battleship Memorial Park, located in Mobile, Alabama, was first formed in the ’60s when Alabama’s school children raised $100,000 in nickels and dimes from lunch money and allowances to help preserve the ships from World War II. In 1964, a large battleship was awarded to the state. Throughout the years, the park has gathered more artifacts and memorabilia to add to its outside display, including the U.S.S. Drum, a Gato-class submarine. 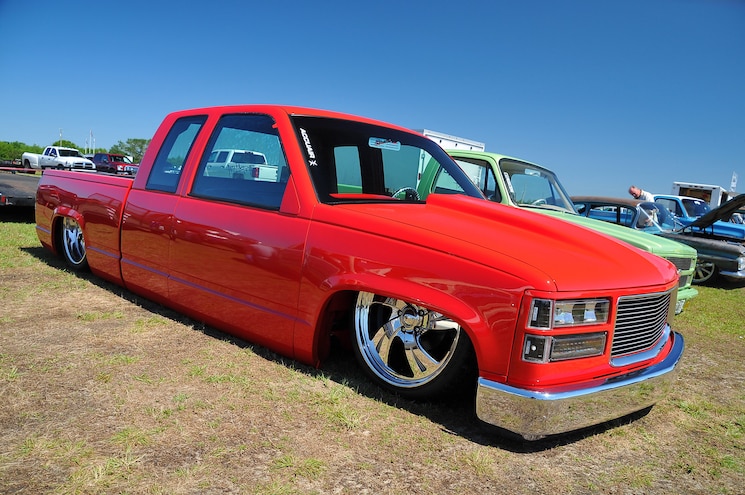 View Photo Gallery | 131 Photos
Photo 2/131   |   Battle In Bama 2017 Gmc 1500
When show promoter Craig Rowley decided to hold a massive truck show in Mobile, it was a no-brainer to use Battleship Memorial Park for the largest show in the state. Still in its infancy, Battle in Bama stands proud in its second year. The show doubled the attendance from its first year to more than seven-hundred registered cars and trucks, hitting the 4,000 attendance number.
Show guests and vehicle owners were given access to the large battleship, as well as the submarine on the park grounds to get an up close and personal view of the historical ships. Friday night, the battleship was home to a pre-party for all registered vehicle owners. Members from all different car and truck clubs came from all over the country to attend to show their support. “Battle in Bama is one show I will never miss,” Misty Jacobo says. “It’s amazing how many cultures are displayed here.” 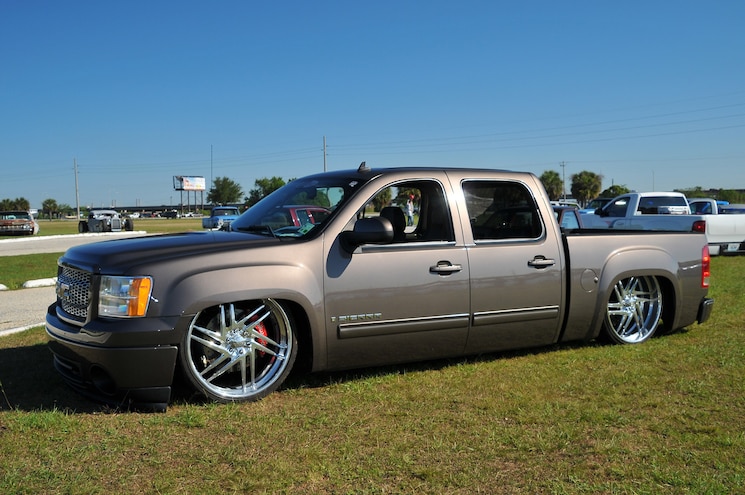 View Photo Gallery | 131 Photos
Photo 3/131   |   Battle In Bama 2017 Gmc Gray Sierra
Craig wishes to thank the title sponsor of the show, Metal Brothers Hot Rods and Performance Rod and Custom, as well as Sparkles Detail for climbing on board to make Battle in Bama the huge success it has become. And the planning is already full-speed ahead for the third annual show. The show’s hard-working staff wishes to thank everyone for their support and will be creating even more exciting additions for their next BIB. For more information about the 2018 event, check out www.facebook.com/battleinbama.