Coming Together for a Good Cause 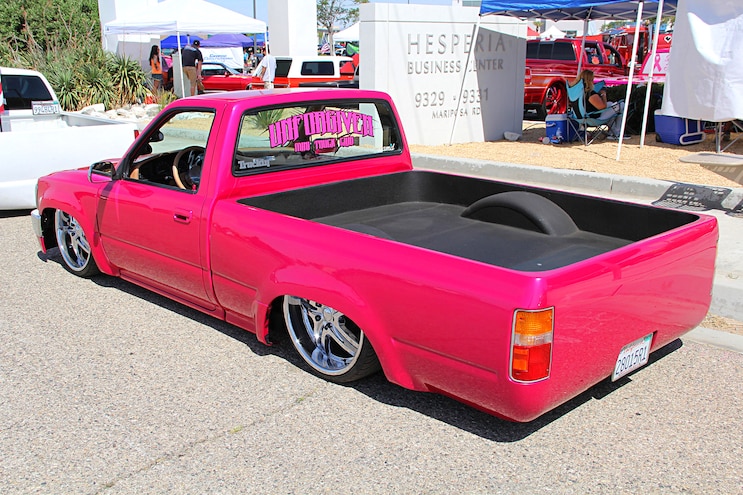 The mini-truck community can get a bad rap sometimes. They get branded as hooligans, scofflaws, and habitual law-breakers. Those opinions were leftover from the late ’80s and early ’90s when packs of mostly young truckers were terrorizing the streets, doing burnouts, and drinking in parking lots. As the scene grew up, its members grew with it—and with age comes a level of maturity. During the last decade, the mini-truck scene has experienced a resurgence, and the members of local mini-truck clubs have brought with them a certain level of community-based consciousness. The clubs often raise money for various charitable causes or when a member or a member’s family goes through hard times, the club is there to provide support or raise money with a benefit show. 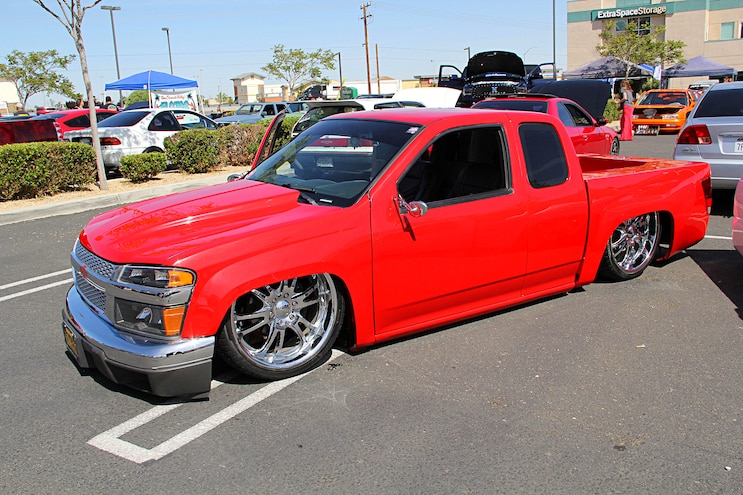 View Photo Gallery | 110 Photos
Photo 2/110   |   Cruisin For Breast Cancer Chevy Colorado
The members of UnforgiveN Mini Truck Club have all been affected by breast cancer and decided the best way to combat this terrible disease was to have a benefit show and raise some money. The ample parking lot of the San Joaquin Valley College in Hesperia, California was once again the setting for the Third Annual Cruisin’ for Breast Cancer show presented by Audiotistics. The show itself was no different than most of the gatherings that mini-truckers have, but this time all the promotions had a purpose—to raise money to combat this debilitating ailment. More than 200 custom vehicles turned out to support the efforts of UnforgiveN, and many clubs were represented, including Chosen Few, Concrete Deep, Cryptic Collections, Dropped Addiction, Flojos, The Roadmen, Twisted Obsessions, Vertically Challenged, and Scikotics Car Club, which won the club participation trophy for most members present. 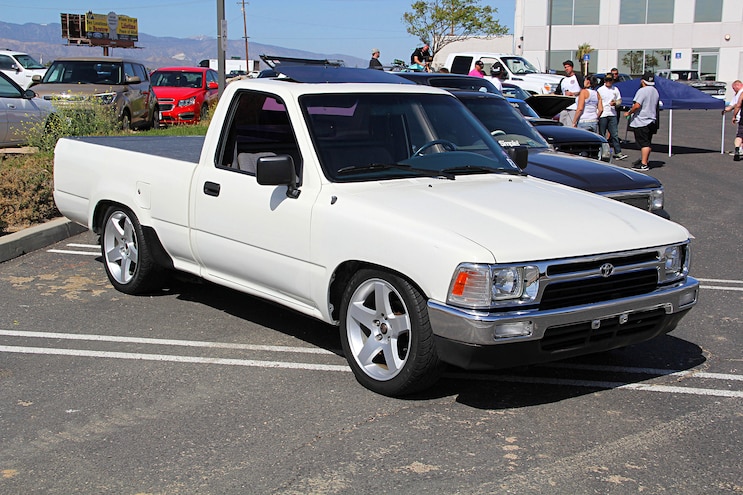 View Photo Gallery | 110 Photos
Photo 3/110   |   Cruisin For Breast Cancer Toyota
All in all, the day had a good vibe to it with music playing courtesy of show sponsor Audiotistics, and Mad House FX with DJ Roulette on the 1s and 2s. While this is a yearly event, you can check out the local mini-truck scene for more like it. For more information about next year’s event, go to www.facebook.com/events/1836684433280484/. To find out more about San Joaquin Valley College go to https://www.sjvc.edu/campuses/southern-california/victor-valley.