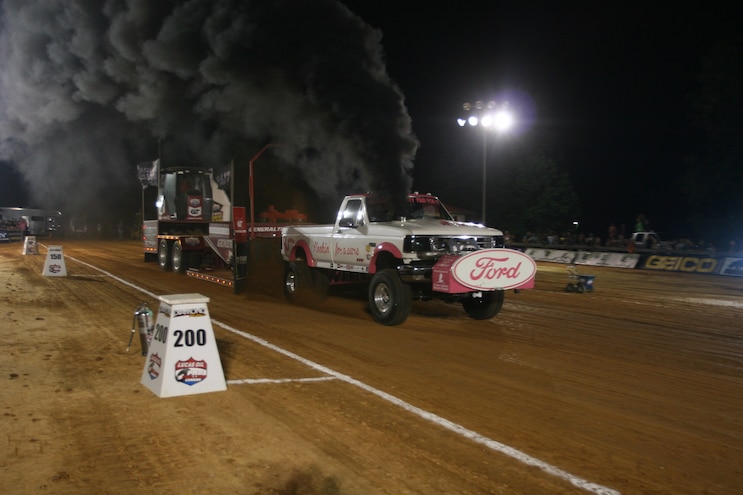 We recently made our way to Crossville, Tennessee, for two days of Outlaw Diesel Super Series and Lucas Oil Pro Pulling League action at the fourth annual Rocky Top Diesel Shootout.
As we exited our hotel and headed for the track on the first day of the event, we were met with overcast skies and rain. Unfortunately, the entire day was plagued with intermittent rain showers that delayed the qualifying races at the Crossville Dragway. Every time the crews had the track close to being ready, the clouds would open up again. The rain finally moved along as the sun went down, allowing some racers to make passes before the evening dew got too heavy. 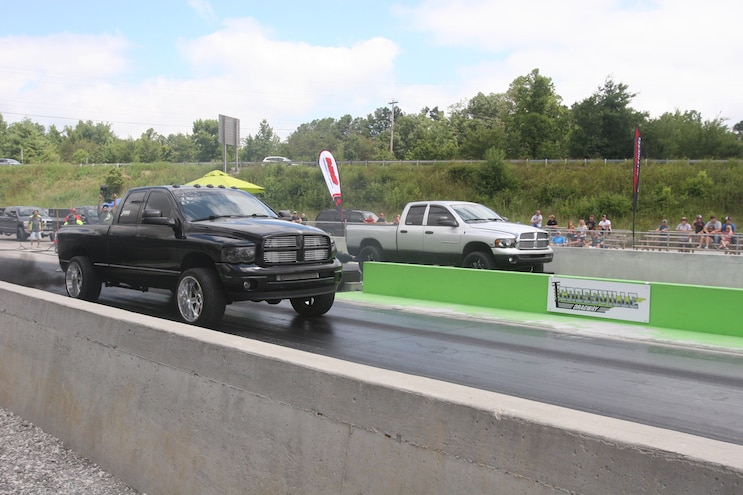 View Photo Gallery | 135 Photos
Photo 2/135   |   Rocky Top Diesel Shootout 4
The next morning, race fans woke up to clear skies and warm weather, which allowed Day 2 action to get started straight away. Though the event was a bit behind schedule from the previous day’s rain, the drag racing action never let up, and races were run back to back. The only downtime was for track maintenance.
As the ODSS racing finished up at Crossville Dragway, fans made the trek to the city’s fairgrounds to take in some sled pulling under the lights. The Lucas Oil Pro Pulling League action did not disappoint, with the trucks battling for every inch they could muster.
RLC Motorsports did a great job putting on RTDS 2017, and even when Mother Nature did not cooperate, Mike Dalton and his team made sure everything continued to run as smoothly as possible. Be sure to check out the photo gallery and highlight video of the ODSS Rocky Top Diesel Shootout!