Show, Cruise, and Toy Drive Rolled Into One 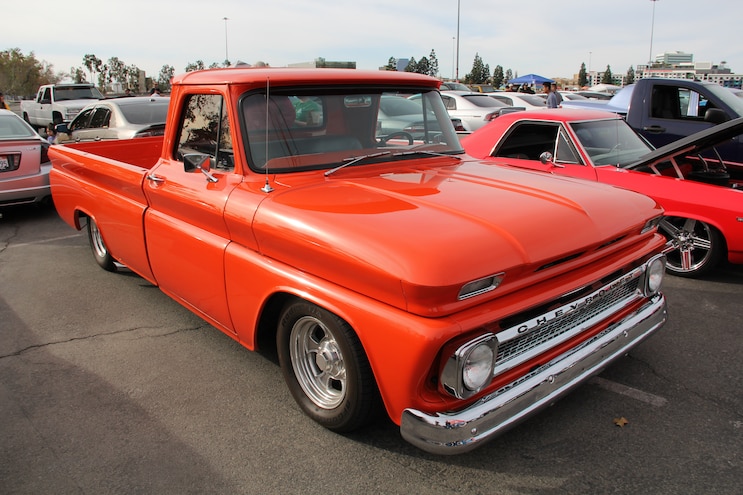 Toy drives happen throughout the year, but over the holidays, they increase. It may seem obvious that you should participate in a local toy drive, but in case you were wondering, let us reiterate: a toy drive is something you’ve got to do. If you’ve missed all of this year’s opportunities, put it on your bucket list and make it happen. Whether you realize it or not, the simple act of buying and delivering a toy for a child who would love it makes you realize that at this time of year, it truly is better to give than receive. It sounds trite, but it’s so true.

By toy drive, we’re talking literally driving to the location where the kids are and dropping off your toy while the kids watch the action. The perfect example of this is the CHOC Cruise, an annual car and truck show, cruise, and toy drive that added to its books an eighteenth year on Sunday, December 10, 2017. It’s the most awesome trifecta you can think of.

The CHOC Cruise starts at Angel Stadium in Anaheim (yup, home of the MLB Angels team) and is welcome to anything that has wheels and to anyone who wants to donate an unwrapped toy to the children of CHOC (Children’s Hospital of Orange County). Awards are given and a giant raffle takes place, but the point is to give truckloads of toys to kids.

After awards, owners return to their rides, pack up their stuff, and get ready to roll. Every vehicle fires up almost in unison and joins the line to cruise together to CHOC. It’s loud, it’s fun, and it’s definitely something that attracts attention on the streets as hot rods, bagged trucks, lifted trucks, semis, Jeeps, classics, and everything in between hit public streets.

The destination is CHOC, where Santa and his helpers happily await the loot of each custom vehicle as they pass through the front entrance of the hospital. Kids come and go, checking out the action. It’s sobering, though, because as awesome as CHOC is, it’s not a place you want to be. It’s not a place any of these families or kids want to be. It’s a serious reminder that many families have more to worry about this holiday season than clearing 28s. 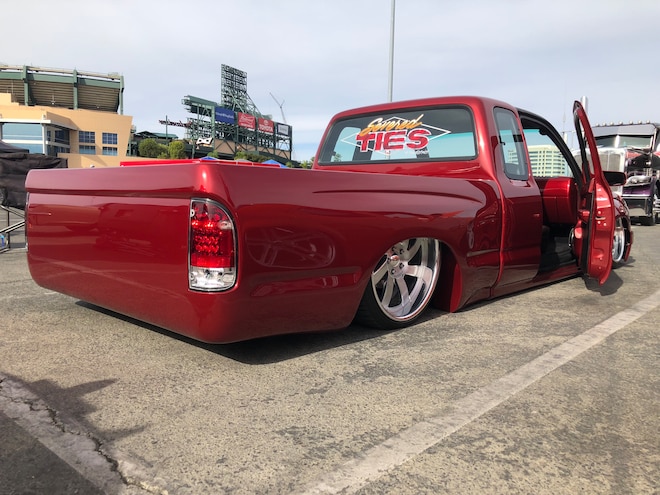 This year’s event was presented by Aftermath designs and was run by Team Horton. Although the last couple of years have seen a transition in who manages the event, we’re happy to see it continue smoothly and with great turnouts. Speaking of attendance, there were at least 316 vehicles in attendance. This equated to bins and bins of toys, especially considering some vehicles had beds completely full with gifts.

All in all it was a great day for a great cause, where generosity brought out the best in the custom community. Long live the legacy left behind by the CHOC Cruise, and a special thanks to those at CHOC and those in the custom world who have made it happen for nearly two decades.

- OF
By Monica Gonderman
722 Articles