Laid Out for Life 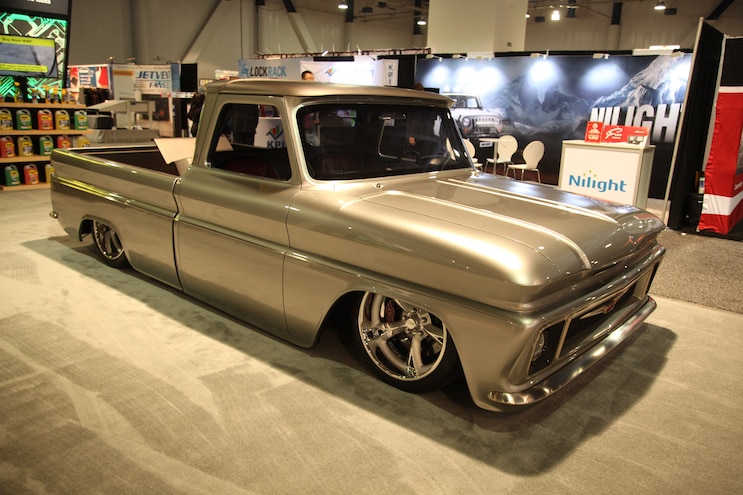 You’re never gonna believe what happened at SEMA this year! A whole bunch of insanely built C10s showed up. Crazy, right? But seriously, folks, this year represented what could be an all-time high as far as sheer quality and innovation are concerned. Our previous cover truck, Unruly, falls in that category, as does the Tre5 squarebody and Cisco Fab hardtop Tahoe (don’t call it a Blazer!). Brett Oakes of Severed Ties fame decided to relive his dualie days and built a gleaming red example, complete with sleeper shell and stainless wing!
The TV trucks were out in force in well; a few of our favorites include the Ekstensive Metal Works Super Duty dualie (which we finally got a glimpse of during rollout), as well as the Diesel Brothers C-10, which our good friends at Engle Bros. Fabrication helped out on while the cameras rolled. The RMD Garage ’58 Apache made an appearance in the SCT booth, too.
Of course, there were plenty of late models laid out all over the show floor, including this month’s subscriber cover truck, Vanilla Ice, and the award-winning Ford Expedition from CGS Motorsports. A couple more Super Dualies made the show, too. This time from Phat Phabz, proving Jake McKiddie is some kind of truck-building cyborg—not a mortal man! 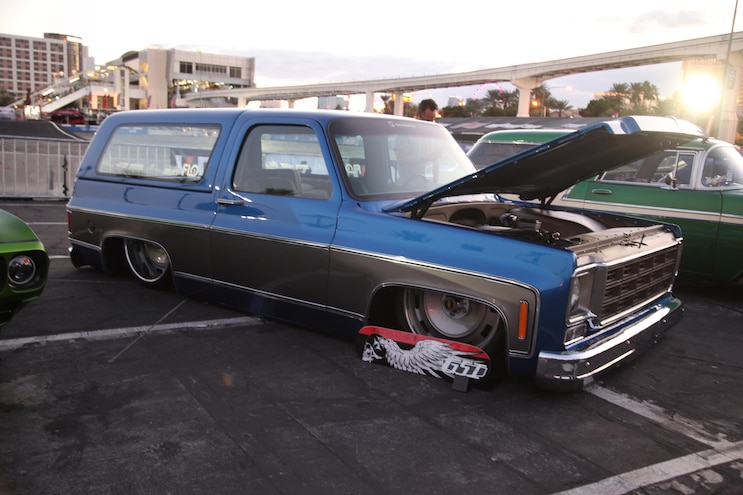 View Photo Gallery | 25 Photos
Photo 2/25   |   Laid Out For Life
But what really stood out to us was what we lovingly refer to as the oddballs, those awesome trucks that are on the periphery of what you see at SEMA. The bare-metal, radial-powered Plymouth comes to mind, as does the two-tone Ramcharger we saw outside in the Toyo Booth, and the killer of them all, the GMC COE in the Flo Airride Mfg. booth, featuring a full frame by our old friend RBJ, bare metal throughout, and a killer art deco box full of Flo products.
Check out some of our favorites, and if you want to see the rest—as in every single truck from SEMA—head over to trucktrend.com.