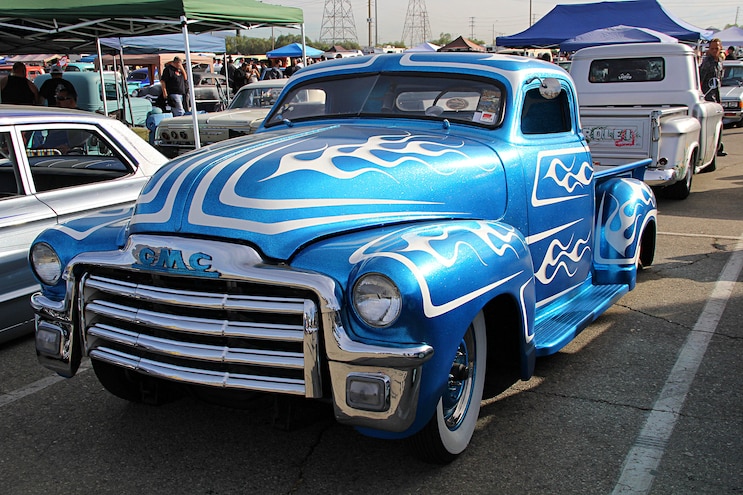 The Mooneyes X-Mas Party returned to the famous Irwindale Speedway, in Irwindale, CA, for another vroom filled day that packed the parking lot and every inch of real estate that was available. This show is usually a hit with the local custom crowd and this iteration did not disappoint as fans of the go-fast brand were out in force and brought their kustom cars and trucks out to show. There was no shortage of history and representation of where the hot rod and kustom culture began and thrived for over 50 years, with go-fast supplies like Mooneyes being at the forefront of the movement. 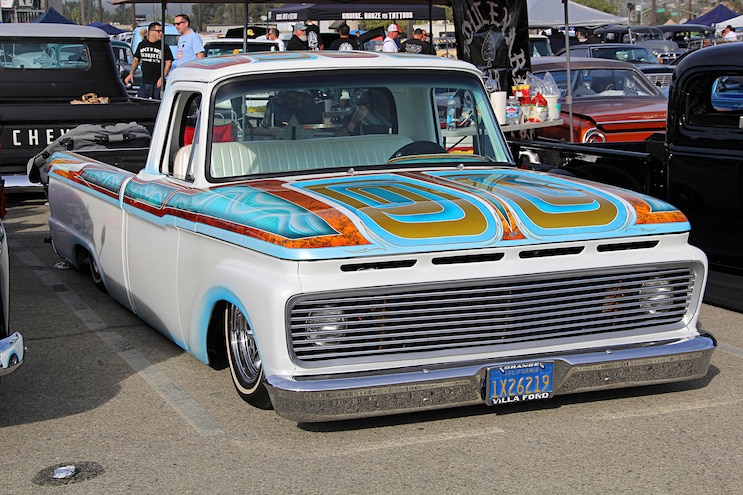 View Photo Gallery | 291 Photos
Photo 2/291   |   Mooneyes X Mas Party
All walks of life attended and seeming all the vintage car, truck, and motorcycle clubs within a 500 mile radius descended on the city of Irwindale as this writer had to stand in line for over 40 minutes to get a parking spot. The distribution of makes and models ran the gambit with Ford and Chevy making up the majority, but true to hot rod and kustom nature, there were the random, the oddball, and the just seemingly unlikely all crammed in next to each other.
The show itself provided a plethora of entertainment besides just hanging out and telling stories. There was a large vendor area selling everything from clothing to car accesrories. There was music on multiple stages throughout the day, not to mention a pinup contest and some giveaways. One of the main draws was the 1/8th mile drags, which was an open contest that pitted vehicles of similar abilities next to each other instead of having a blown Mustang with slicks pitted against a straight 6 Chevy truck or somesuchnonesense. The drags ran throughout the day and had a solid line the whole time. 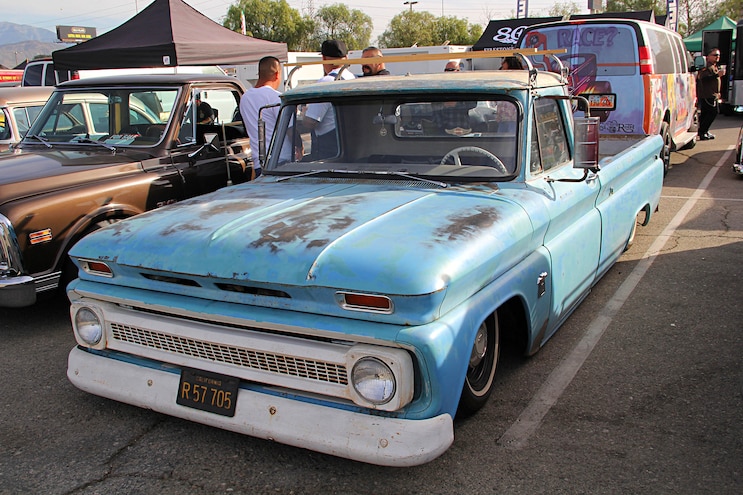 View Photo Gallery | 291 Photos
Photo 3/291   |   Mooneyes X Mas Party Chevrolet
Mooneyes has been a staple in the SoCal speed world and although Irwindale Speedway is quite a bit younger, it also represents one of the last bastions of speed in the Southland. And as of this writing, the idea to close Irwindale had been floated to make way for more shopping malls and cookie cutter houses, but the idea has been shelved for the time being and loud pipes and screeching tires will prevail for at least the next year.
So if you are within at a minimum two states away from Southern California come December 2018, make sure you make Irwindale your destination for the Mooneyes Xmas 2018. It could be the last time. For more info make sure to go to Mooneyesusa.com.