Give Thanks For Texas- Turkey Drag 2017

Give Thanks For Texas 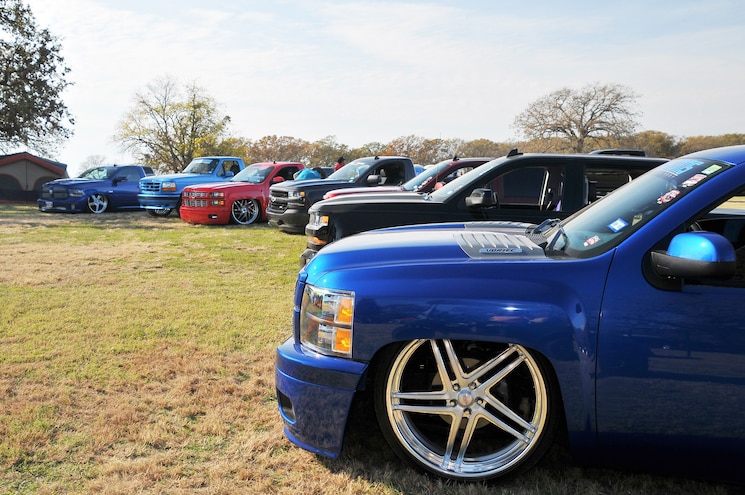 While most people were celebrating Thanksgiving and stuffing their faces, more than 700 custom trucks were crammed inside Wind Point Park in Lone Oak, Texas, a private, 170-acre park on Lake Tawakoni. Lone Oak, a small town that normally has a population of 598 people, was home to the 13th annual Turkey Drag, which massively increased the town’s population for the weekend. With more than 2,000 spectators, Turkey Drag is the fastest-growing show in Texas. What’s billed as an “all-weather event” by show promoter Ben Miller of Rellimneb Inc. wasn’t so enticing last year due to freezing and rainy weather, but for 2017 event-goers enjoyed sunny, bright skies. When planning for this show, it’s not uncommon to pack sunglasses, sandals, snow boots, and parkas. 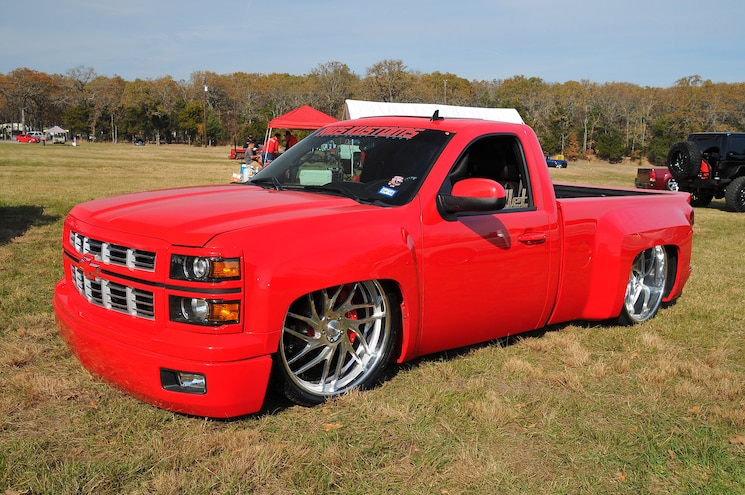 View Photo Gallery | 144 Photos
Photo 2/144   |   Turkey Drag Red Chevy Silverado
With events like the Car & Truck Limbo, Team Tug-of-War, Tattoo Contest, and Beard Contest, Turkey Drag is fun for all ages. Sponsored by Sunday Funday, the 2017 event exceeded all expectations, and Ben Miller and his hardworking staff are already outlining the 2018 show, which takes place November 30 to December 2. As promoter of Texas’ premier and largest custom camping show, Ben wishes to thank everyone who came out to support Turkey Drag and have a fun-packed weekend. If you want to see more photos from the show, check out trucktrend.com.