Severed in the Southwest #19 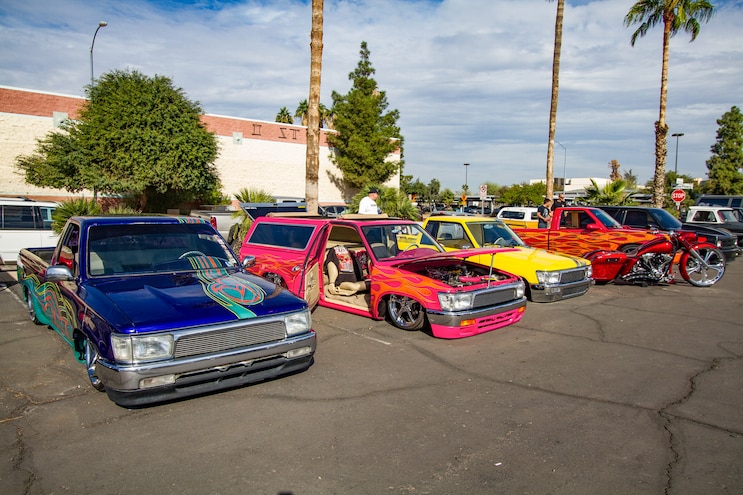 The 19th annual Severed in the Southwest car and truck show was held this past December at Castles N’ Coasters in Phoenix, Arizona. There aren’t too many shows happening around the country in the winter months (to avoid potential inclement weather), but on this day, it was a perfect 80 degrees. More than 300 vehicles rolled in from 7 to 11 a.m., making for a nice boost in attendees from the previous year. After vehicles were in their parking spots for the day, they were wiped down, opened up for viewing, and the show was underway. 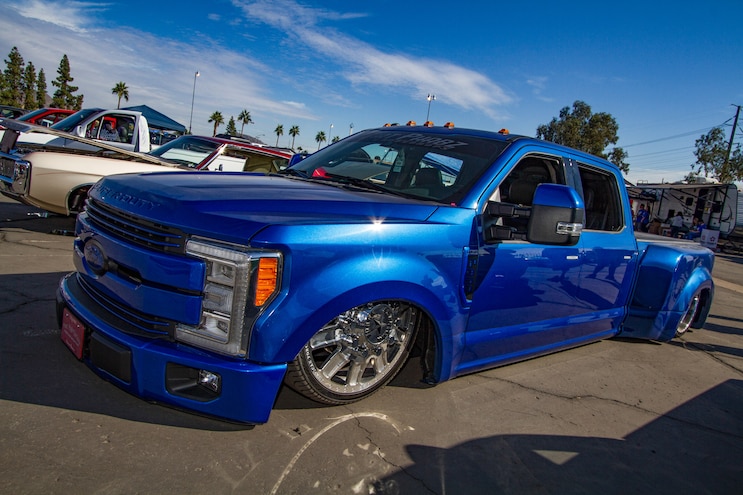 View Photo Gallery | 102 Photos
Photo 2/102   |   Severed In The Southwest Ford
The staff and judges—made up of seasoned Severed Ties members—had plenty of work ahead of them in order to choose winners for the Top 75 awards, but they had a few activities planned to keep spectators and attendees busy. There was an inflatable jousting ring to get different car/truck club members into some competitive action, and the yearly drive-through limbo competition helped find the lowest of the low. At the end of the day, awards were given out. “Best Fab” went to Lowboy Motorsports for building an incredible black, chrome powdercoated chassis for an ’05 Chevrolet Silverado, and “Best of Show Truck” was given to the Tre5-built ’81 C10 that was fresh off its appearance in the Viair booth at the SEMA show. For more information on next year’s event, visit ssw.show. And be sure to check out trucktrend.com for the complete SSW photo gallery!