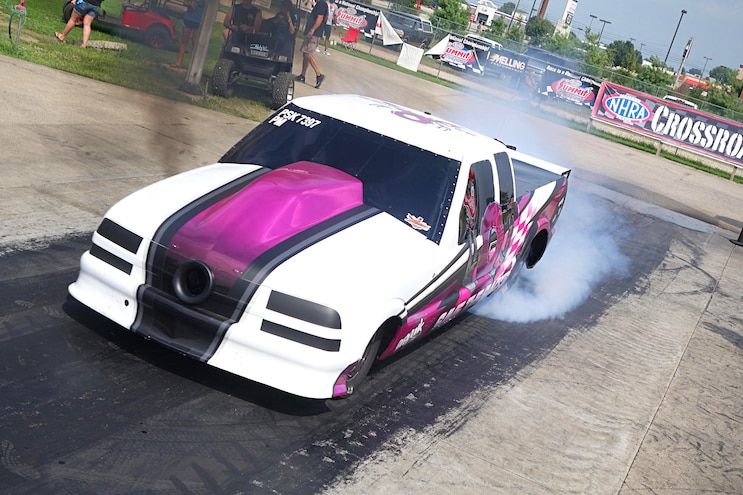 The Outlaw Diesel Super Series’ kicked off the second half of its six-event season in Terre Haute, Indiana, with diesel vehicles of all sorts assaulting the eighth-mile track at Crossroads Dragway. The late-August conflict, the fourth stop on the sanction’s 2018 tour, was the final segment of Scheid Diesel Extravaganza—the annual festival of oil burners and people who love them that also includes dyno, show-and-shine, and Lucas Oil Pro Pulling League’s sled-pull competition.
While action was delayed for several hours by a severe summer rain storm on Saturday (the weather sent E.T. Bracket, Big Rig and 7.70/6.70 Index classes’ first day of eliminations into the early hours of the next morning), the second day of racing for those categories and four rounds of competition for the sanction’s Pro classes went off without a hitch on Sunday. 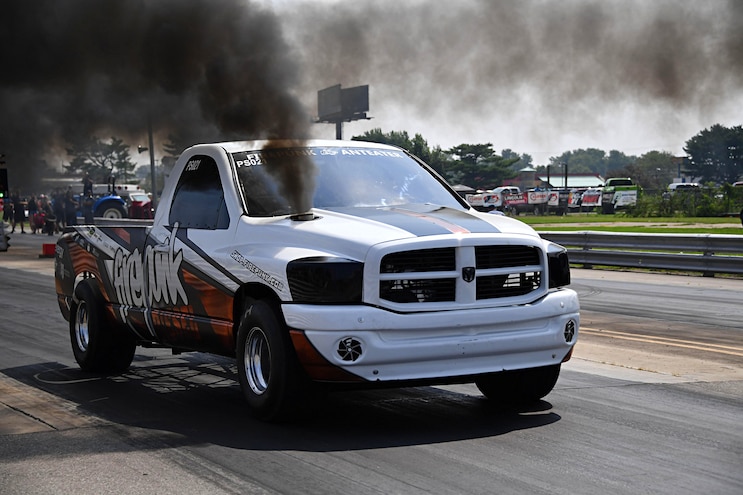 View Photo Gallery | 64 Photos
Photo 2/64   |   ODSS Scheid Diesel Extravaganza Ram
In our August ’18 issue, Editor KJ Jones discusses the widespread success of Lavon Miller and the network of his family and friends who collectively compete in all segments of diesel motorsports as Team Firepunk Diesel (“All They Do Is Win,” page 10). A force to be reckoned with at any event, the squad totally outdid itself at the Scheid’s race, with members scoring wins in several classes on Saturday and Sunday.
The ODSS continues to grow; bringing fans some of the most exciting, super-competitive, high-speed diesel-racing action in the U.S. With two events remaining, the 2018 championship-points chase is getting tighter in all categories (especially the ATS Diesel Performance/Diesel Power Magazine 7.70 Index class, where any one of five competitors can win the title) as we enter the home stretch of the season (which includes the inaugural Hardway Sunshine Showdown, a double-points event at Emerald Coast Dragway in Holt, Florida).